Maybe It Was Memphis 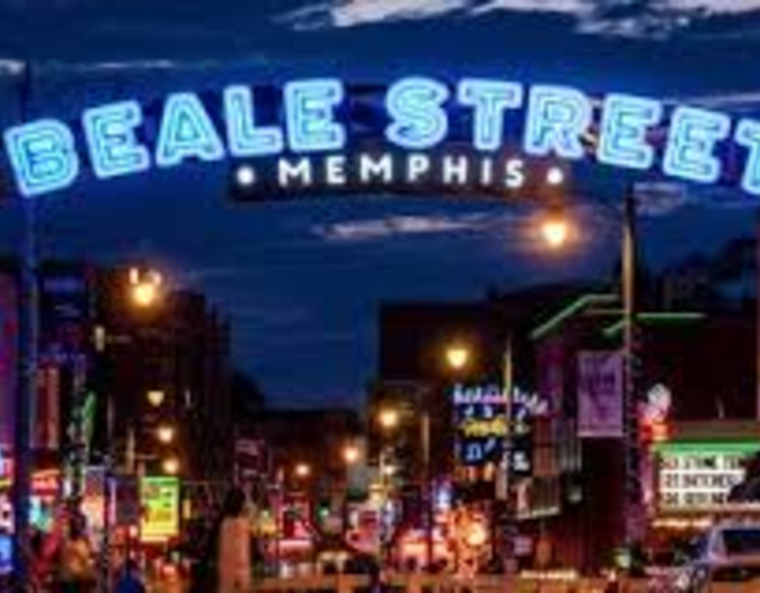 When you buy a new car, what better way to break it in than by driving 7 hours both ways to visit your future home? Granted, this trip was planned anyway as soon as my mom and I found out that I would be moving to Memphis after graduation (more about why that’s happening in this post), but as I was signing and initialing the mountain of paperwork at the dealership, I looked at my mom and asked, “It’s fine that we’re taking this on a 14-hour road trip next weekend, right?” 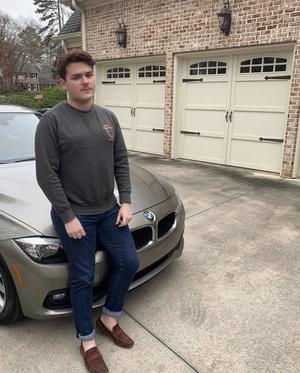 I got such a good deal on this car that it truly feels like it was waiting on the lot just for me. And it was a great chariot for our weekend road trip!

And that we did. With my mom in the passenger seat, and Sirius XM’s countdown of the 100 best songs of each year in the 1980s playing, we set off to take a trip that will become pretty familiar for me over the next two years. We left in the wee hours of the morning so as to beat the Atlanta morning traffic, and we were on the other side of our state capital before we knew it. The next five hours were, to be quite honest, some of the most boring roads I’ve ever been on. I-20 from Atlanta to Birmingham is featureless enough, but I-22 from there all the way to Memphis seems to have no exits at all. We joked that we were lucky to have filled up in Birmingham, because otherwise, it would have been difficult to find a gas station on the deserted interstate. 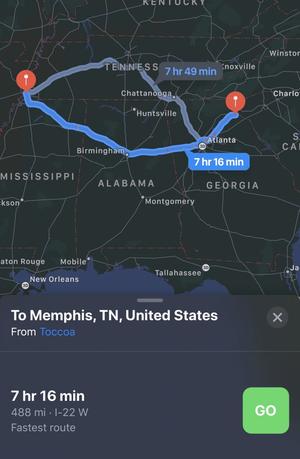 Fortunately, we had each other’s company, which is more than I’ll have when I make the drive alone to come home for holidays. It was also the first time both of us had ever been in Mississippi, so to make sure it counted, we stopped for lunch at a Burger King in a town I forgot the name of. Once we neared the state line of the now 17th state on my list, we were immediately in Memphis. I didn’t realize how close the city was to the Tennessee border. Roughly 8 hours after leaving our house, we made it to our hotel and rested for a bit before going on an adventure. 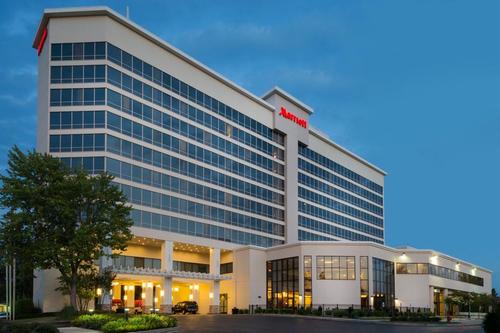 A comfy place to rest.

And that adventure? It was to drive around, see parts of Memphis we’d never seen before (that is, all of them), and scout out some of the schools I could be working at next year. Teach for America Corps members don’t directly apply to work at schools and are assisted in the hiring process by TFA, so I don’t have full autonomy in choosing where I’ll be teaching, but I still looked online to see which schools would be hiring Special Education teachers next year so I could get a sense of what they look like, at least on the outside. Once we had almost gone all the way across the city seeing my possible future workplaces, we set out in search of food. We ended up at Wang’s Mandarin House and experienced some of the best Chinese cuisine we’d ever had, and the food coma combined with our long day of travel sent us back to our room for the rest of the night. 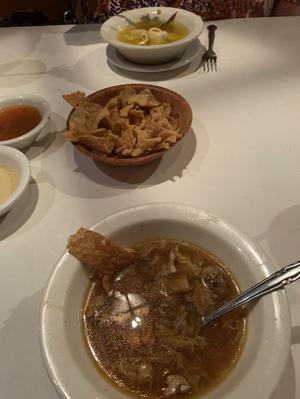 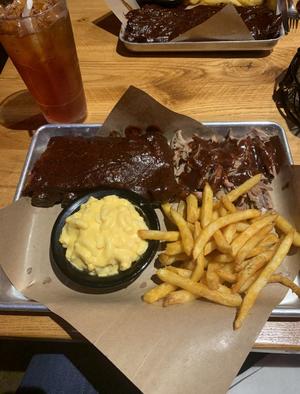 Some tasty treats from Wang’s Mandarin House and Corky’s BBQ, some of Memphis’ most delicious eateries (so I’m told)

The next morning, we checked out of the hotel and got lunch at Corky’s BBQ, where both of us enjoyed Memphis-style ribs served with homemade mac & cheese and some truly stellar sweet iced tea. From there, I thought it would be an easy trip home, roughly the same length as our trip to Memphis. But that wasn’t in the cards. A tornado warning near the Mississippi-Alabama line, combined with me suddenly coming down with a nasty stomach bug led to us stopping at a Holiday Inn in the small Alabama town of Guin. We ended up spending two nights there and finally made it home  on New Year’s Eve, two days after we had originally planned (my mom was happy to drive my car for the rest of the trip). Was it fun being sick in a hotel five hours away from home? No, but these things happen, and the fun of the trip outweighed the less-than-ideal ending. The next time I’m in Memphis, it’ll be for my Teach for America summer training! But first, one more semester.