The One Where They All Write a COVID-19 Blog Post 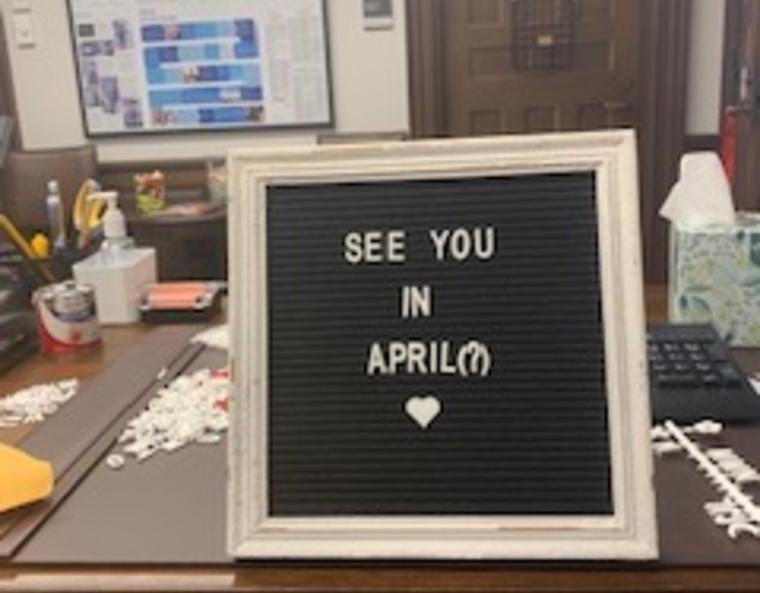 The funniest thing about right now is that I just tagged this post as “#At Home, At Yale”, but it is only a half-truth. I am at home, but I am not at Yale. It’s a Friday afternoon in late March, and I’m on the green couch in my living room. My mother is taking a nap in the bedroom with our cat. The windchimes are twinkling, and I just had to shut the front door because the neighbor’s weed-eater was getting too loud and interfering with my ***writing process.*** 2016, is that you? No, seriously, because if you’d told me even three weeks ago that I would be sitting here right now writing this post in Toccoa, Georgia, I wouldn’t have believed you. This is the first time I’ve been home at this point in the year since 2016, the year I graduated high school and started at Yale in the fall. I didn’t expect to ever really be at HOME on March 27th ever again. Yet here I am. And you know what? I’m okay with it. 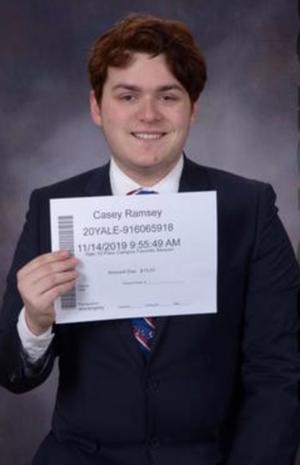 Little did I know that I when I sat for this yearbook photo session in November, it would be the last time I wore a cap and gown during my senior year.

I’ll preface all of this by saying that I don’t think I need to dive into what’s happening in the world right now. We’re all hearing all about it from every avenue. And truthfully, someitmes I just have to close all social media and turn off the news. It gets overwhelming when it can easily become the only input you’re getting from the outside world. What does it all boil down to? Life is different right now. What mine looks like is different from anyone else’s. But here’s a general rundown of what I’ve been up to for the past couple of weeks:

Monday, March 9th: I woke up to the first official day of my senior year spring break. I spent time with friends, went to my office aide job, and celebrated my birthday two days early at Texas Roadhouse.

Tuesday, March 10th: I was notified, along with the rest of the Yale community, that I would not be allowed to stay in my college past March 15th. I began making preparations with my family to get myself, and all of my belongings, back home.

Wednesday, March 11th: I turned 22 and spent my birthday packing up my entire room. I knew that as a senior, it would be more convenient to send everything home now, even if something happened and we were eventually allowed to come back. I would just live out of a suitcase for the final month of college, in that case. 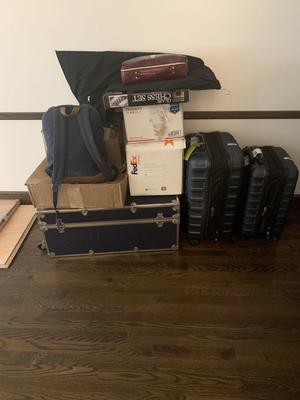 This is everything that DID fit in the car. Not counting the four huge boxes that may or may not have cost $128 to ship home via UPS.

Friday, March 13th: UPS came to pick up four giant boxes of my stuff that I knew wouldn’t fit in the car. My mom and Nana began the long journey to come and get me.

Saturday, March 14th: After staying a night in a hotel, they made it to Yale. In twenty minutes, we loaded up the car, I said my final goodbyes to my friends, and we hit the road again. That night, I received an email that confirmed a suspicion: I would not be returning to Yale, and we would finish the semester online. 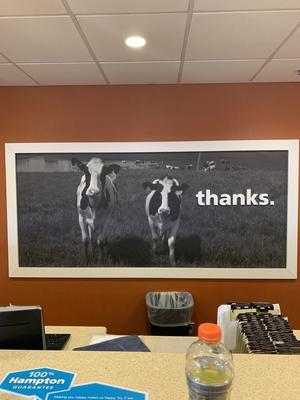 We stayed at this Hampton Inn somewhere in Pennsylvania when we were about halfway home, and these cows saying a nonchalant “thanks.” behind the check-in desk, coupled with the absurdity of everything that was happening, just did me in. I cackled all the way to the complimentary breakfast.

Sunday, March 15th: Around 9 pm, we pulled into the driveway of my house.

Monday, March 16th: I got to drive the car I bought over winter break for the first time since January, a full two months earlier than I thought I would be able to.

Wednesday, March 18th: I got to see some hometown friends, also two months earlier than I had expected to. In the spirit of social distancing, we did not go out to eat like we usually do. We instead stayed six feet apart in an apartment and watched YouTube videos on the TV. (And now that social distancing guidelines have gotten stricter, we haven’t seen each other since). 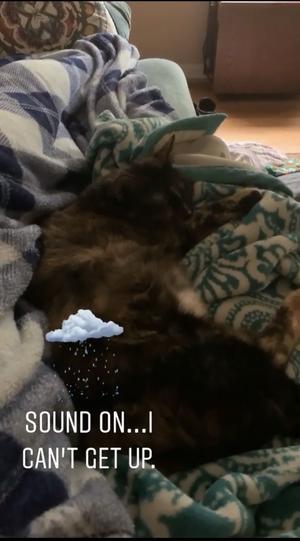 My cat, Fern aka Urn aka Fernsicle aka Fernside Drive, does this thing almost every morning where she comes to my room at 8 am and screams at me until I wake up and move to the couch, where she joins me and goes back to sleep. And so do I.

Thursday, March 19th: I started teaching my mom how to play Chess.

Saturday, March 21st: I worked my very first shift at Starbucks (classic me, getting a new job during a pandemic! More on that later), and later that night, my mom beat me at Chess for the first time.

And that pretty much brings us to now. As I said earlier, I’m…weirdly fine with this. No, it isn’t ideal. No, I wouldn’t have wished for this to happen to me or any member of the class of 2020. But I can either wallow in everything I’ve lost, or choose to enjoy the unexpected joys like my family (in person), my cat, my car. When all this is over, my “real life” still begins. I’m going to make it. You’re going to make it. The world will continue. Stay tuned for hometown stories, and a few memories from the last semester that have been marinating in my brain!