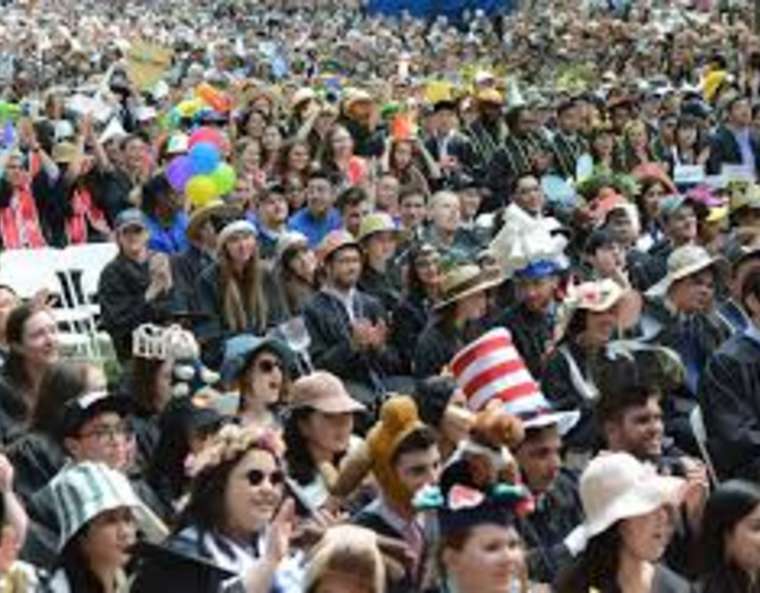 Every Yale Commencement weekend, one of the events especially for Yale College students is known as “Class Day,” where graduates put on their academic regalia but replace their traditional caps with unique and funny headwear. Among the entertaining hats, a famous (or semi-famous) person addresses graduates, as does a member of the graduating class. Back in January, the Class Day Committee solicited written speeches from undergraduates who wished to speak at Class Day. I ended up not being chosen, but I felt it was fitting for my last* blog post to write what I would’ve said if I were picked to give the serious reflection:

(*I’ll write one more post, but it’ll come later in the summer as an update once my move happens and my Teach For America training starts. Think of it as a “bonus track.”)

My friends, this is it. Everything we’ve been working toward for the past four years is culminating in today. Every night doing a p-set until 3 when you have a 9 am, every call home when you need some encouragement, every chicken quesadilla from every buttery has led us here, all together again. The last time we were all in the same place, we were burning to death in formal-wear, as first-years watching an intentionally-bad public safety video in Battell Chapel. And now here we are, about to leave what has in time become our beloved home away from home.

But for all that is disappearing with us, there is so much that we were the first to experience. We are the first class to have begun our time at Yale with a Head of College instead of Master. When we started less than three years ago, there were zero residential colleges named after women. Now, there are two. So many strides have been made to make Yale feel like a home for all of its students, and I am hopeful that this push toward a more welcoming community for those from all backgrounds will continue to develop. But as graduates who are about to leave Yale, we should be less concerned with what happens here, and focus on what we can do to impact the world at large now that we have Yale degrees. And that starts with taking advantage of all of the opportunities that are going to be afforded to us just because of where we are today.

Whether we like it or not, coming from here is going to do so much for us and open up so many doors that would be locked shut given other circumstances, even if we had the identical qualifications but without the Ivy League in our pasts. It is imperative that we accept our privilege and run full-steam-ahead into a world that sees us as the best of the best, the very pinnacle of American education. Four years ago, I was a first-generation, low-income student, a son of a single mother, from a small town in Georgia that no one has heard of. And today, I, along with all of you, am a graduate of Yale College. While not forgetting where I came from, I refuse to ever pretend that I am anything less than a graduate of Yale College. Because even though this degree is going to lead to a better life for me and my family, it can do a lot more beyond the people and places I know. With the privilege we are about to be afforded, we can not only reach the top of society, but bring others up with us. There are enough resources in the world for every single person to have their basic needs met, and with the degrees we are receiving today, we are going to have the power to end homelessness and hunger across the globe. We can be put in positions that will allow us to guarantee equal access to a stellar education for all children, regardless of their economic background. We can fix the world’s problems.

But none of that can happen if we do not step up and firmly grasp the doorknob of the doors that are opening for us once we receive our diplomas. We have a moral obligation to run with every opportunity that a Yale education will afford us. You can tell me that it’s not fair that we’re going to have so many more roads paved for us just because of where we went to college, and you would be right. But it was those in power who built those roads, and if we’re now equipped to be the people in power, I see no reason not to see what we can do to create more equitable systems. So wear that Y sweater with pride, my friends. Its implications are enormous. For God, for country, for Yale, and for the future. Thank you.