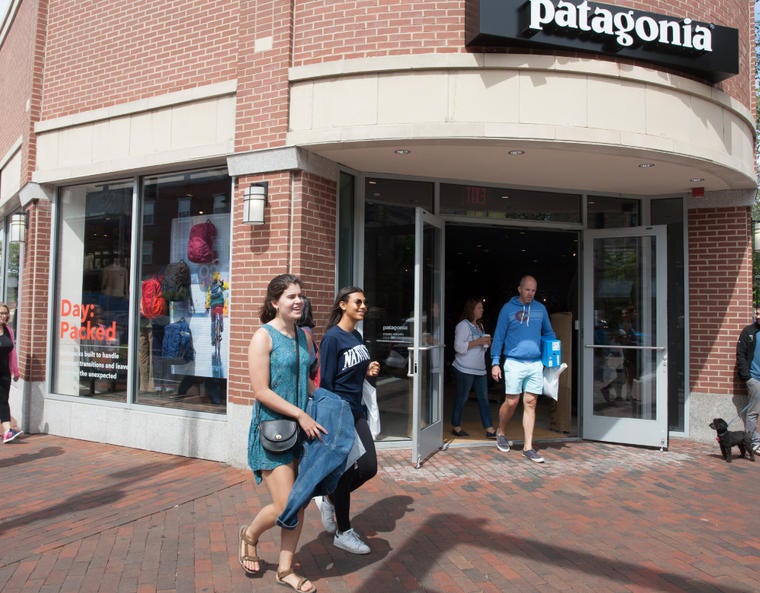 As noted in a previous post, my personal brand with my friends has been that I’m really good at convincing people to buy things, so much that my name has been turned into a verb: To those who know me best, when you’ve been “Caseyed”, you’ve been convinced, very effectively, to buy something nice for yourself. I had never used this skill to a professional advantage before, but those days of reserving my talents just for my personal contacts are over: friends, your favorite blogger is a retail employee.

This saga all started around October, when I realized that after graduation, I would need a lot of extra money for things like an apartment security deposit, supporting myself during my unpaid summer training, and other expenses that might come up. With Yale Student Employment’s nineteen-hours-per-week cap on student jobs, I knew I’d have to go outside the university to start making the kind of money I want to see. Enter a little website called Indeed. I first used Indeed to find my first job way back when I was a sixteen year-old high school sophomore (I was a drive-thru cashier at Bojangles for two years.) This time, I decided to see what kind of stores in The Shops at Yale were hiring. The Shops at Yale are essentially a bunch of commercial buildings downtown that happen to be owned by the university, but the stores that rent them run them as if they would any other store. There are nice national brands like J Crew, Urban Outfitters, and Barnes and Noble (which doubles as the official Yale Bookstore), as well as some interesting local shops. On this fateful October day, I saw a listing for a sales associate job at the Patagonia store. If it’s not already obvious by the kinds of things I post about, I’m not exactly what you would call an outdoorsman. I enjoy nature, but I prefer to enjoy it from within four walls. I wasn’t sure that Patagonia, being a store for outdoorsy types, would be a great fit for me, but I filled out and submitted the application anyway, and within a week, I received an email to schedule a group interview. One week and one email after that, and I was hired!

Quite the sprawling selection of pieces to learn the names and color codes for.

I quickly learned that Patagonia is not as simple of a store as it seems on first glance. I thought, “What can be so hard about selling a bunch of puffer coats?” Well, there’s the nano-puff, micro-puff, and macro-puff, the down sweater, the Fitz Roy…and don’t even get me started on the color codes. Blue? You mean SMDB? (For “Smoulder Blue”). There’s a quite steep learning curve to learning the product, but pretty soon, I was really getting the hang of it, and having a lot of fun getting to know my coworkers while I mastered the sales floor. I liked it enough that while I was home for four weeks, I actually started to miss my work friends and looked forward to coming back and selling Better Sweaters again.

And then one fateful day in January, a very well-dressed woman came into the store and asked to speak to the manager. I wondered what someone had done wrong, but once she went into my manager’s office, I thought nothing more of her until the next week when one of my coworkers mentioned that Fatface, another clothing store downtown, was looking to hire a few more salespeople. I asked how he knew, and he said that their manager had come to tell ours that she desperately needed help. Another coworker joined the conversation to say that I would be a perfect fit for the aesthetic there. On a whim, I made my way down to the place on my lunch break and saw the same woman who had come into Patagonia a week before. With her knowing that I had retail experience, I interviewed and was unofficially hired on the spot. 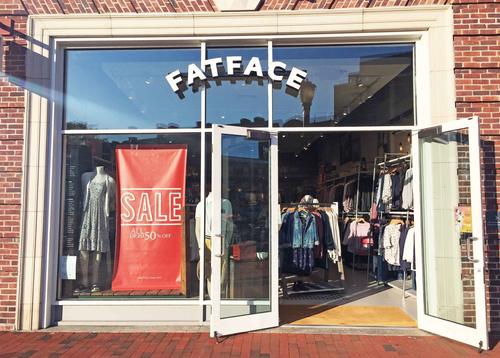 With a name like Fatface, I wasn’t sure what I would be in for, but I received the height of casual British fashion.

One month from that meeting, I am now balancing my time between my student jobs and my jobs at Patagonia and Fatface. The two stores are different enough that I don’t really get the product or regulations mixed up (Fatface is a British company that mainly focuses on business-casual attire; think J Crew with a European flair). I enjoy my coworkers at both places. and the discounts aren’t bad either. And because I spend so much of my non-class time at work, I’m actually more productive in my free time because it’s so limited. Others might think I’m crazy for taking on this much during my senior year, but I love it, and so does my bank account. I feel like I’m improving my time management skills by the day, and I love knowing that I’m able to accomplish all of this while also being three months away from a Yale degree. It’s amazing what humans can do when we don’t limit ourselves. 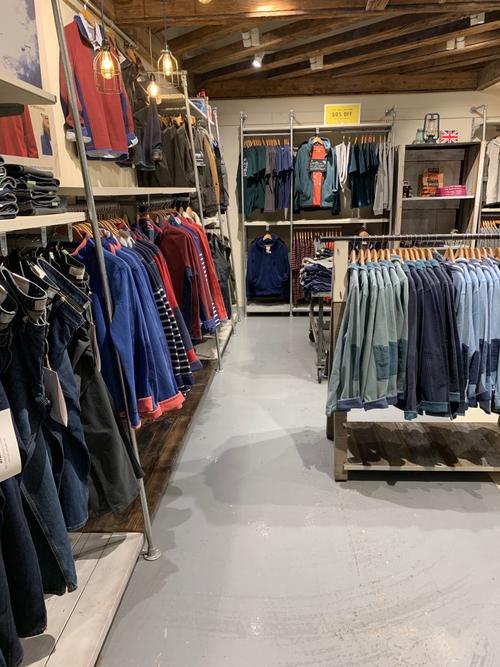 A photo of some of the merchandise at Fatface that I took to show my mom that yes, it’s a real store, and yes, it sells real clothes, and for all sizes of people.