The Most Instagrammable Spots on Yale’s Campus 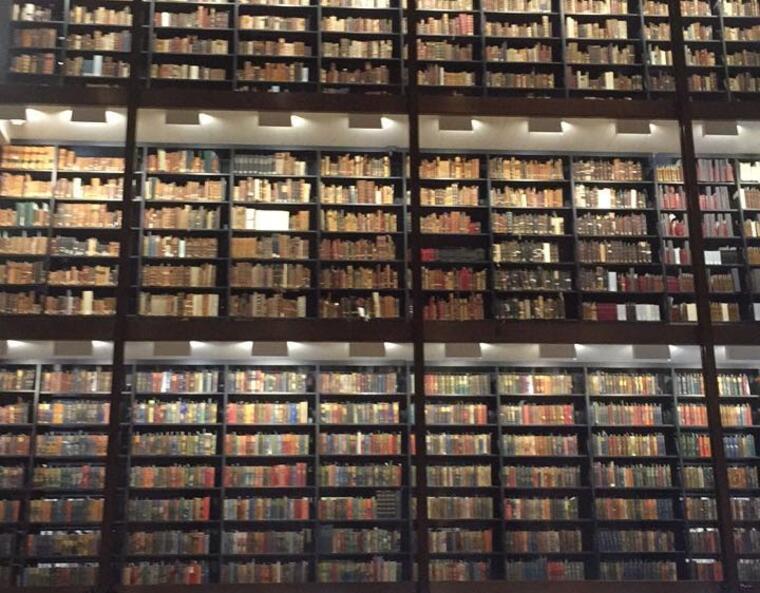 Both Charles Dickens and Mark Twain called Hillhouse Avenue the most beautiful street in America, but ask any Yale student who regularly walks through campus, and they’ll tell you that Hillhouse is not Yale’s only beautiful space. What follows is a photo journal of some of my and my friend’s objective opinions about Yale’s most instagrammable locations. 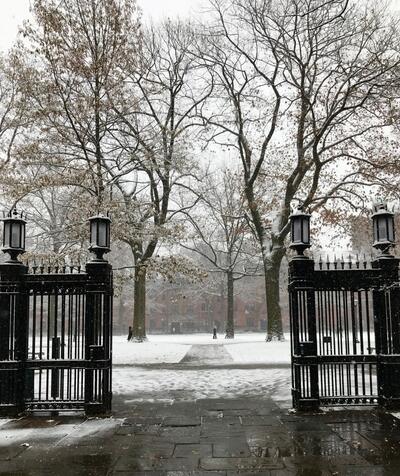 The High Street entrance to Old Campus, with a dusting of snow. Taken by my friend, Steven Orientale ‘21. 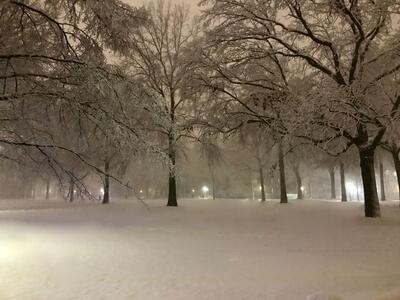 Old Campus has a vast courtyard filled with trees. Here, heavy snow falls and covers the sidewalks. Taken by my friend, Steven Orientale ‘21. 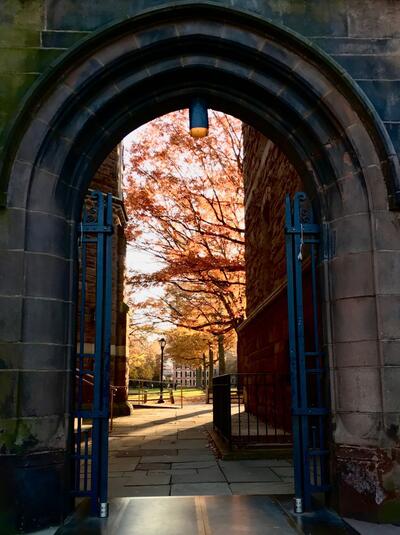 The Elm Street entrance to Old Campus, filled with trees transitioning into the fall. Taken by my friend, Steven Orientale ‘21. 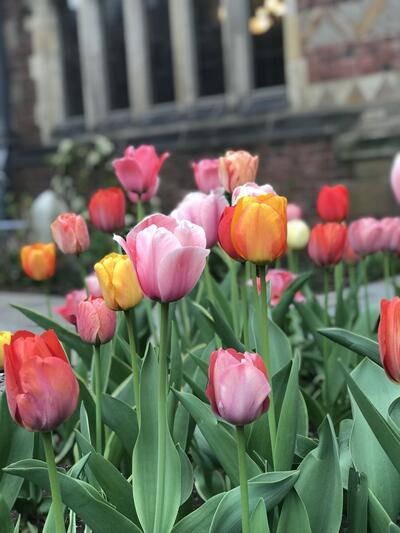 Jonathan Edwards has a tulip endowment that pays for the courtyard’s beautiful flowers each spring. 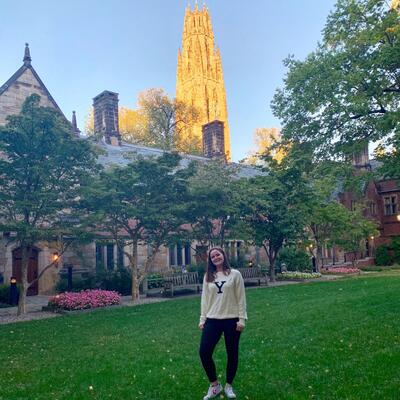 I smile in the Jonathan Edwards Courtyard, as the setting sun lights Harkness Tower ablaze. This is a classic photo spot! 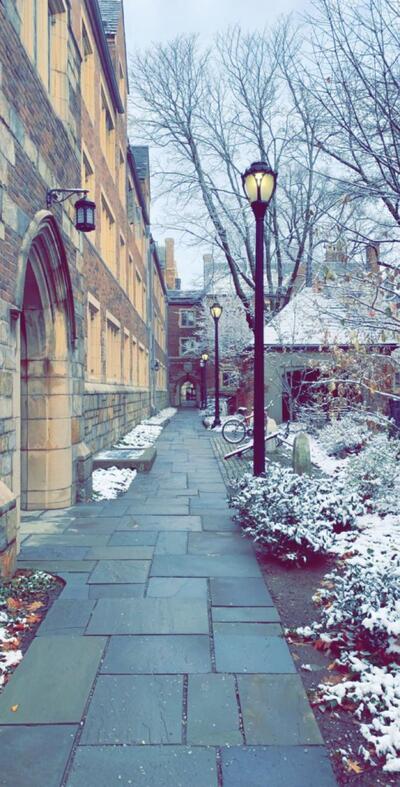 A sidewalk connecting the different entryways in Jonathan Edwards College. 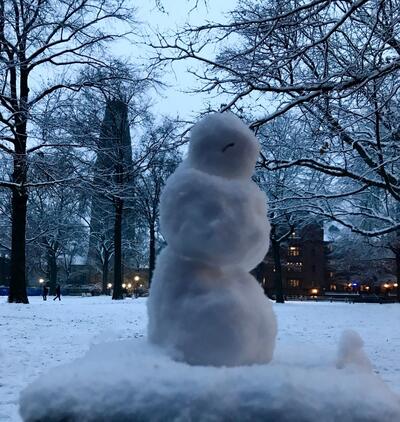 A mini snowman foregrounds a blistering Harkness. Taken by my friend, Steven Orientale ‘21. 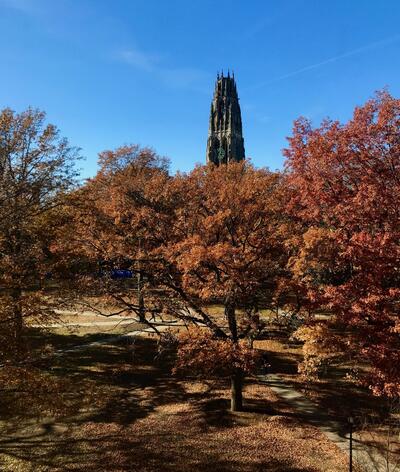 From an Old Campus dorm room, Harkness Tower peeks out among the changing leaves. Taken by my friend, Steven Orientale ‘21. 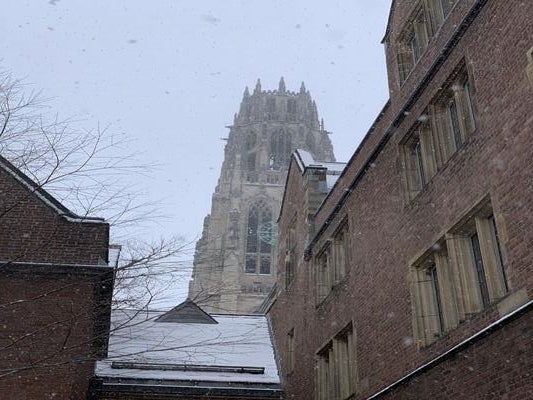 Harkness stands amongst the falling snow. Like the Statue of Liberty, Harkness’s copper clock has shifted a minty shade of green. Taken by my friend, Steven Orientale ‘21. 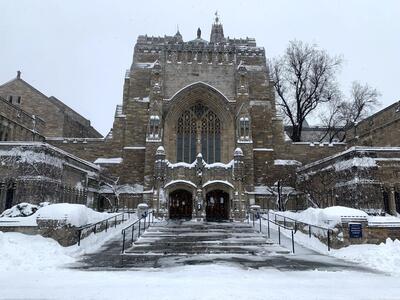 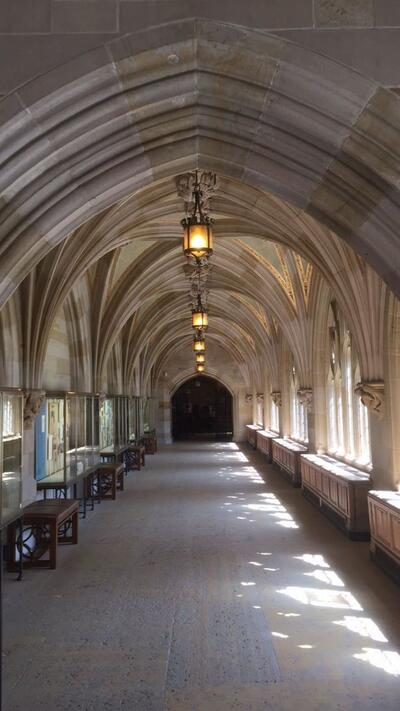 An internal passageway in Sterling, with beautiful archways. The insides of Yale’s libraries have Instagrammable nooks of their own. 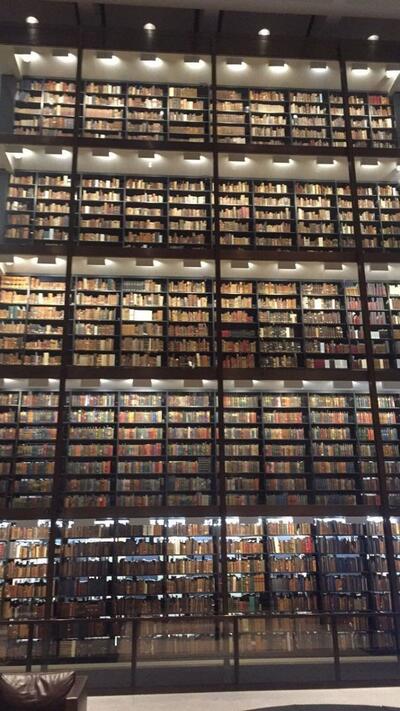 Inside the Beinecke Library, floors of rare books and manuscripts are protected by encased glass and the library’s gray-veined marble. Even before you get into the room to engage with the books, the library’s facade draws you in. 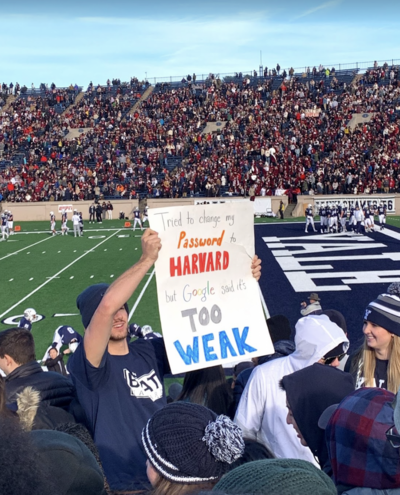 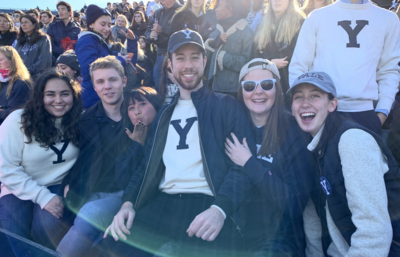 My friends and I pose among the crowd during the Game. 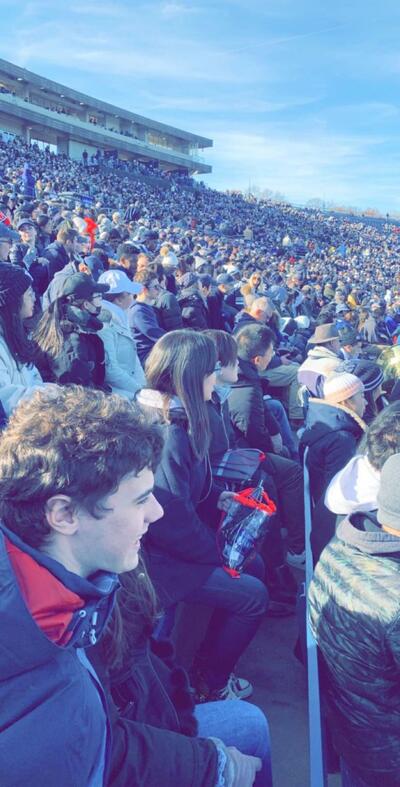 The Yale Bowl is packed with students and alumni all cheering Yale on. In 2019, Yale came back in double overtime to secure Yale’s win.