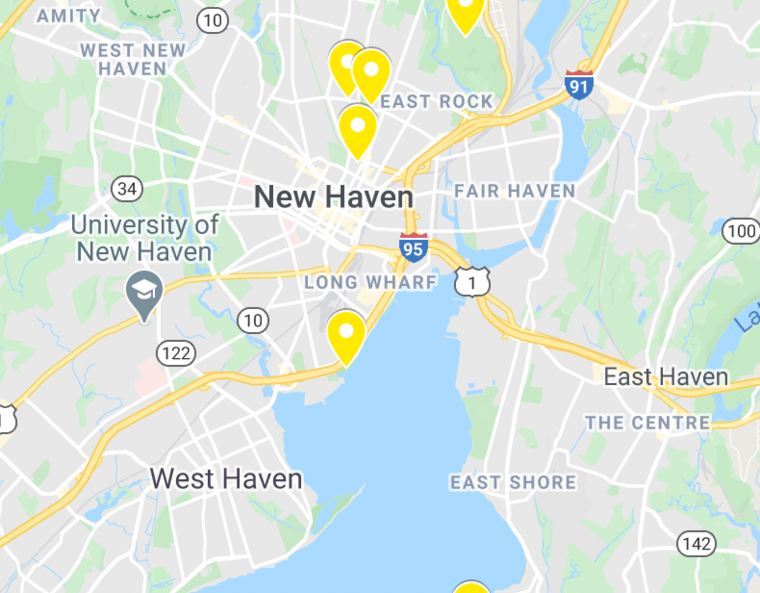 When I first envisioned New Haven, nature was not the first thing that came to mind. According to all those college websites, Yale’s campus setting is “urban.” At first glance, that might be true. Coming from rural East Texas, I found New Haven to be the most “city” I’d ever seen. But that “urban” label doesn’t quite fit the Yale-New Haven environment. New Haven is a city built right on the coast of the Long Island Sound; mountains flank two sides of the city (some people might quibble calling East and West Rock mountains, but to someone from a place that is completely and utterly flat, they seemed pretty mountainous to me); a nature trail runs directly through the campus. During my time in New Haven, I’ve found so many free and affordable ways to take a break from New Haven’s urban setting and get lost among the nature that surrounds it. Listed below are a few nature spots to explore:

At the top of Yale’s East Rock neighborhood, about a mile walk from central campus, you’ll find the neighborhood’s namesake, East Rock Park. The mountain is about 400 feet tall and is equipped with bike and hiking trails that will lead you all the way to the top. During the pandemic, I regularly rode my bike up East Rock for some fresh air and exercise. The city views make the trek up worth it! 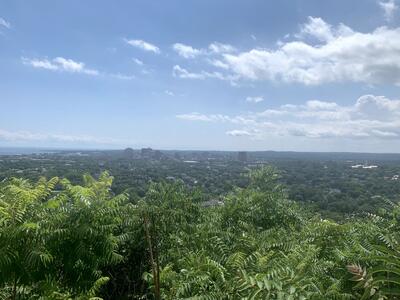 A July 2020 snapshot of a verdured New Haven. From this angle, Yale’s campus doesn’t look quite so urban!

Near the top of Science Hill, the Marsh Botanical Garden is a Yale-run greenhouse that houses plants for students to enjoy and study. I got an in-depth tour of the greenhouse through my “Bio, the World, and Us” class, and learned so much about the diversity of the plants. Fun fact, Yale’s farm is just a street over from the Botanical Gardens. Both are accessible to any student who doesn’t mind the slightly uphill walk. 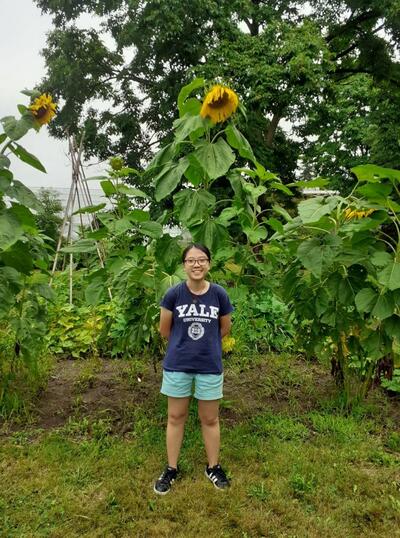 My friend, Chau, poses at Marsh Botanical gardens with some really tall sunflowers.

A thirty minute bike ride (or a quick bus ride) will take you to Lighthouse Beach right near Yale in the neighboring East Haven. This beach gets its name from a picturesque 1847 lighthouse on its shore. I also biked to this beach a few times when I wanted a more oceanic nature break. During the warmer months, Lighthouse Point is nice to take a weekend beach day. Some Yalies even brave its water in the winter for a polar plunge. (P.S. bikers don’t have to pay to get in!) 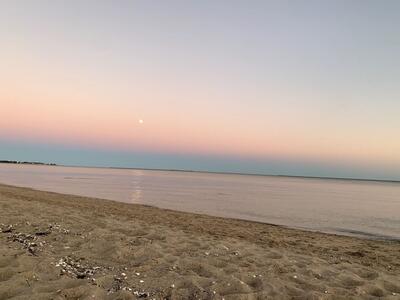 Sunsets over any of Connecticut’s many beaches cannot be beat, this one included.

Over 80 miles of a paved biking trail run through Connecticut, and a portion of it goes directly through Yale! A few hundred feet before you reach Yale’s Admissions Office on Hillhouse Avenue, there’s an entrance onto the trail. If you ride it long enough, you’ll find yourself on a path surrounded by trees and other nature aficionados. I rode this path much this past year, and got to watch it change from green in the summer, to vibrant red and orange in the fall, to covered in cross-country level snow in the winter. Each time, the trail was beautiful and a respite from the hubbub of downtown New Haven. 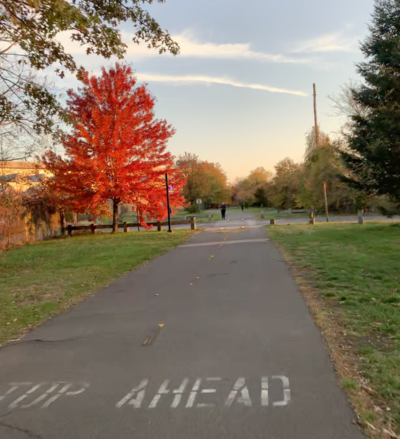 The only picture I’ve ever taken on the Farmington Trail Canal, but trust me, there are parts of the ride that are even more lush with trees.

This summer, I interned with the nonprofit, Gather New Haven. With this organization, I learned so much about New Haven’s part in a larger coastal ecosystem. I also learned that there was a wetlands preserve a short two mile bike ride from campus. I toured the preserve with the nonprofit’s youth camp director this fall, and got to see in person a thriving coastal ecosystem mere feet from the interstate 95 highway. What’s great about going to this green space is that it’s along Long Wharf, which itself has a thriving food truck scene. Bonus:  Check out the other preserves that Gather New Haven oversees (they also have many community gardens!) 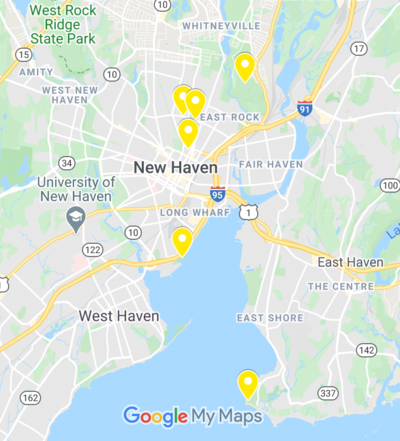 A map of all the places in this post

What I’ve listed above is just a sample of the many, many ways to connect with nature on or around campus. If you take a bus or are willing to drive, the number of hiking trails and other cool nature spots multiplies. Yale, New Haven profits, and the city itself all work to keep these green spaces accessible to everyone. Yale’s FOOT pre-orientation program and student organizations like Yale Outdoors, also help you find a community to share these green spaces with. Though New Haven is urban, it is far from existing solely as an urban city.

P.S. If you’d like to visit any of these places that I’ve listed, here’s a Google Maps link that includes them all!