An indecisive person’s guide to choosing a college 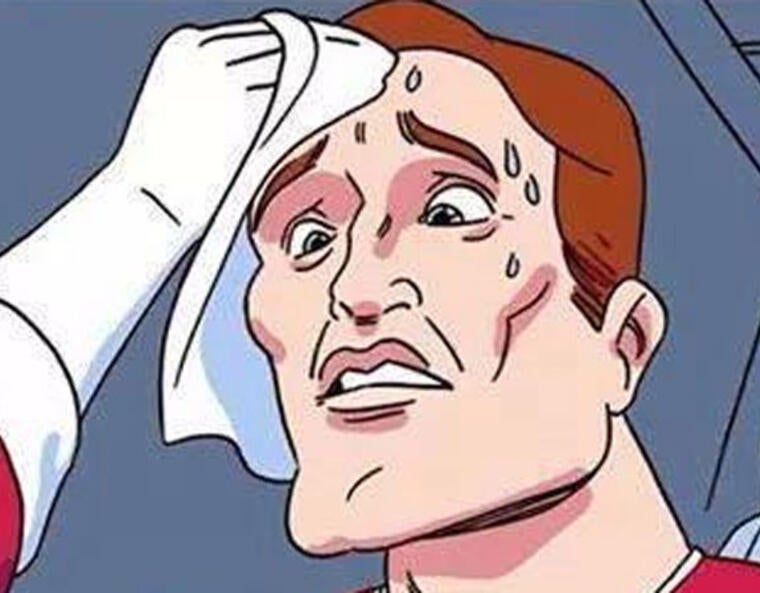 In April of 2018, I found myself in a situation that, just a few months prior, I would have never thought possible. In a matter of only a few weeks, I’d been admitted to a few really, really great schools. Beneath the immense excitement, gratefulness, and huge sense of imposter syndrome—that last one’s a whole other post—loomed one all-consuming emotion: dread.

Look: I’m super indecisive. I agonize over what courses to take each semester, struggle with ordering at restaurants, can’t even pick a movie to watch on Netflix most times. Most advice about choosing a college tends to tell you to focus on the basic facts: price, location, size, academic programs. Practical realities should come first, but I was lucky enough (emphasis on the lucky—I was in a place of incredible privilege) that I could honestly see myself enjoying any of my options. And though I love myself a good pro/con list, all the ones I made kept coming out exactly even.

Slowly, May 1st came along. Miraculously, I made a choice, and, spoiler alert, it was Yale. In the three years since, I’ve grown pretty confident that I did the right thing. Here’s how I arrived at my decision. 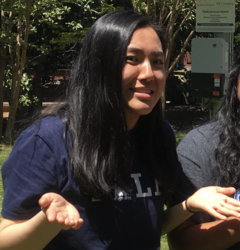 Real-life photo of me being indecisive in 2018.

1. Talk it out, and pay attention to which side you’re defending

I was lucky enough to have family and friends who were willing to help me decide. I can only imagine how annoying it was for them, but I found talking out my thoughts with other people to be incredibly helpful. It wasn’t just their advice; I also noticed that in conversations, I would always seem to defend one side more aggressively than the other.

That other school has X research program? Well, Yale is really strong in this field of research and has this source of funding for students.

That other school’s located there? Well, I really loved New Haven when I visited, and the feeling I got while walking around campus was unmatched.

Later, I realized that this also occurred in my own internal back-and-forth. It was easy for me to think of reasons to come to Yale, whereas I had to consciously point out arguments for the other schools. And when those arguments came up, I would keep bouncing back to Yale.

2. Think about your “plans,” but also realize that your plans will change

I wasn’t one of those people who was super focused on a particular career path when I got to college, but I certainly had a few interests in mind—writing, science, political advocacy, etc. Yale is a great place to pursue those interests. But when I reflect back on my current career goals, I’m more struck by how things I didn’t even know existed at the time I was deciding—for example, my current major!—have altered my visions for the future.

You’re going to learn and grow so much in college. For me, picking a school that I knew would help me most in this process—in terms of both social environment and academic/extracurricular opportunities—was just as important as picking a school that would push me towards whatever plans I thought I had.

3. Take advantage of Bulldog Days/other admitted students’ programs, and look beyond the surface

Obviously, you should take notes on the objective facts you’re able to learn from this programming, but I’d recommend that you also look beyond the surface. For me, at Yale, everything kept centering on a genuine feeling of the ever-elusive concepts of “passion” and “community.” Students seemed to participate in clubs and academics based on their genuine interests, from activism to creative writing to dance. They seemed eager to talk to me about Yale, all the good and the bad. And they seemed excited to be with each other.

Bulldog Days in 2021 is very different from Bulldog Days in 2018. Back in 2018, I found the physical space of Yale to be incredibly instructive in helping me look beyond the surface of all the information I learned. I’ll never forget leaving Old Campus on the last day of Bulldog Days, with the rain pouring, and feeling like I just really, really wanted to come back. Obviously, the pandemic has stopped the in-person visit aspect of Bulldog Days, but hopefully the people you meet virtually will be able to convey a similar sense of excitement and home. 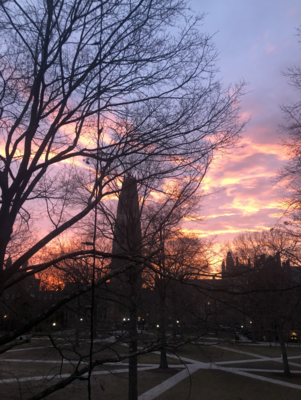 Another blogger, Cassandra, wrote a post on this technique last year. Her advice was to just toss a coin to decide on a college: your subconscious preferences will come through as you anticipate the result. This was something that I also heard and tried when I was making my decision, and, can confirm, it was super helpful.

Did my gut lie?

Let’s be honest: I can’t objectively say I made the “right” decision in coming to Yale, because I don’t know how different my life would be if I went to a different school. What I do know is that, if I hadn’t picked Yale, I wouldn’t have met all the amazing people here who have changed my life for the better. I wouldn’t have taken the courses, tried out the extracurriculars, and gotten to know the mentors who have inspired me and shaped my career trajectory. And I wouldn’t have all the memories I’ve accumulated throughout the years, those pockets of joy, both small and large, that have made my time here unforgettable.