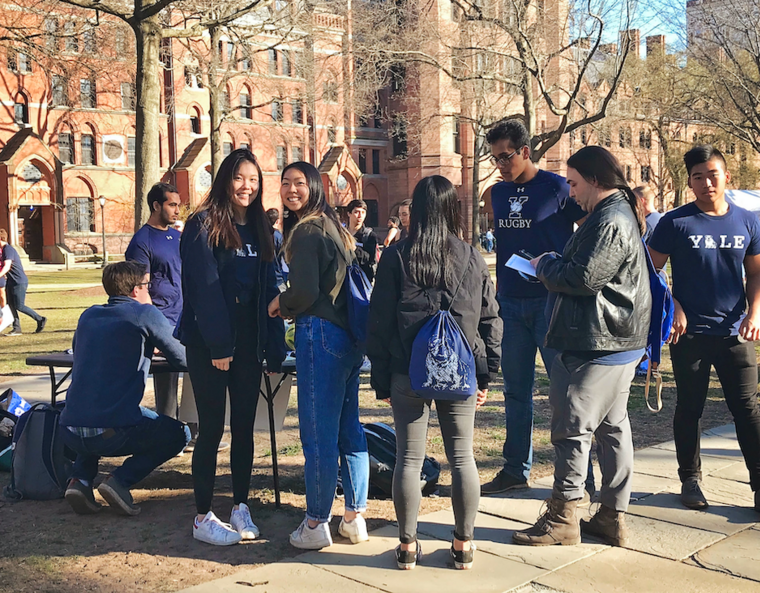 After a far too-long 2 year break… IT’S BACK!! Bulldog Days!! Congratulations on making it. Now, it’s time to see what Yale is all about.

People like me, in the Yale class of 2022, went to Bulldog Days a shocking 4 years ago. I remember getting the pamphlet of all the events going on around campus and feeling overwhelmed. It felt like every hour of the day was packed with a dozen different events, and my indecisive self couldn’t fathom where to go.

Hint hint: you can’t go wrong. But, as a helpful guide, I’ve decided to ask some of my fellow ’22-ers about what events they remember most from their Bulldog Days. Because if they’ve stuck out after all these years… they must have made a big impression.

Isabella (me): During Bulldog Days, some of Yale’s star professors held master classes, short example lectures from courses they actually teach here. My Bulldog Days host highly recommended that I attend the Ethics one held by Shelly Kagan from the Department of Philosophy. Professor Kagan’s class is well-known on campus for being amazing, but also super rigorous. I had very very limited knowledge of ethics and philosophy, but I remember being absolutely gripped by how he broke down the famous Trolley Problem, engaging students and pushing them to think deeper. In the years since, some of my favorite classes at Yale have been like this: lectures that I decided to take on a whim, on subjects I knew very little about, that ended up opening my mind to something completely new. 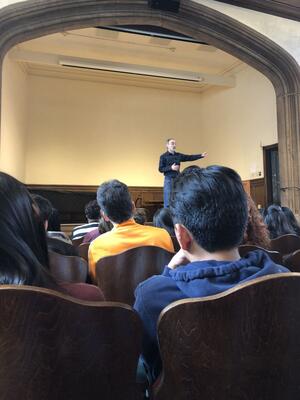 Seth: Seth remembers the student performance showcase, held in Shubert Theater in Downtown New Haven. All the admitted prefrosh gather in this ornate, cavernous hall and are treated to a show from a selection of Yale’s many performing groups. Seth most remembers the dance groups: Rhythmic Blue (our hip hop group), Steppin’ Out (our step team). “It just made me realize how crazy talented everyone was,” Seth told me.

Before the student group performances, someone from the admissions office went on stage and gave a speech welcoming us, praising the diverse backgrounds and interesting essay topics we all showcased in our applications. This stuck out to Seth, too. “It made me realize how different my world was going to be now that I entered college,” he said. “All these people were coming with all these different backgrounds and experiences, and they were all super smart and talented.” 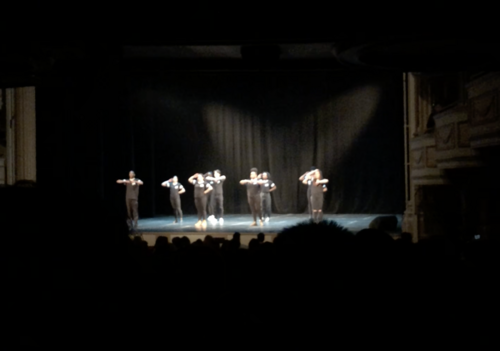 Danny: Danny remembers the Yale community members he met. His host in Grace Hopper College, one of our 14 residential colleges, was super excited to meet him. Later on, he even met the primary admissions officer who read his application. “I remember feeling really welcomed by the community,” he told me.

At Yale, we love Bulldog Days. For weeks in advance, clubs plan fun events and performance groups hone their routines. The Admissions Office has been sending us emails about hosting prefrosh (my suite hosted 3 my first year, and it was so rewarding to get to share our enthusiasm about our school with them). Though I only experienced one Bulldog Days as a Yale student, I still remember how different (and alive) Yale campus felt—some combination of the emerging spring weather and the hundreds of new faces. The welcome Danny received really reflects that. 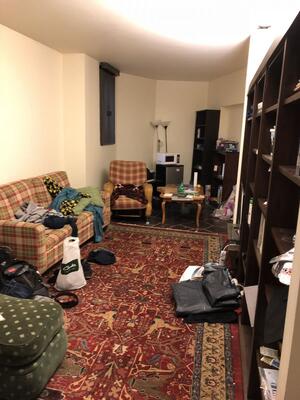 A host suite during Bulldog Days, crowded with a bunch of prefrosh belongings.

Max: Max, like Danny, remembers the people: fellow prefrosh that he met in the Buttery (a late night snack stop that all residential colleges have) in the basement of Hopper. He and eight other friends got cookie dough and hung out until 3 AM. 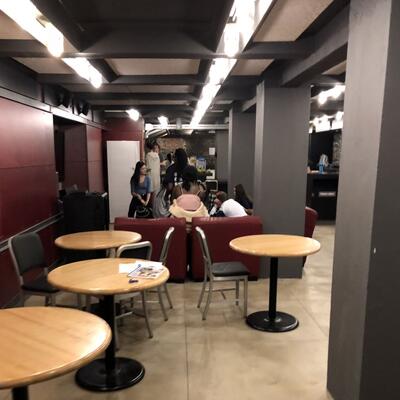 The Hopper Buttery, late at night for Bulldog Days 2018.

“I remember thinking, ‘Wow, I started to make friends in two days,’” Max said. He’s still friends with a few of the people he met that night.

Of course, though there’s absolutely no pressure to make your best college friends in the all-too brief experience of Bulldog Days. But Max’s experience really encapsulates what Bulldog Days is about: an opportunity to relish in the excitement of Yale—all the people you’ll meet and the late nights you’ll share. It’s a small sampling of everything great to come in the next four years.