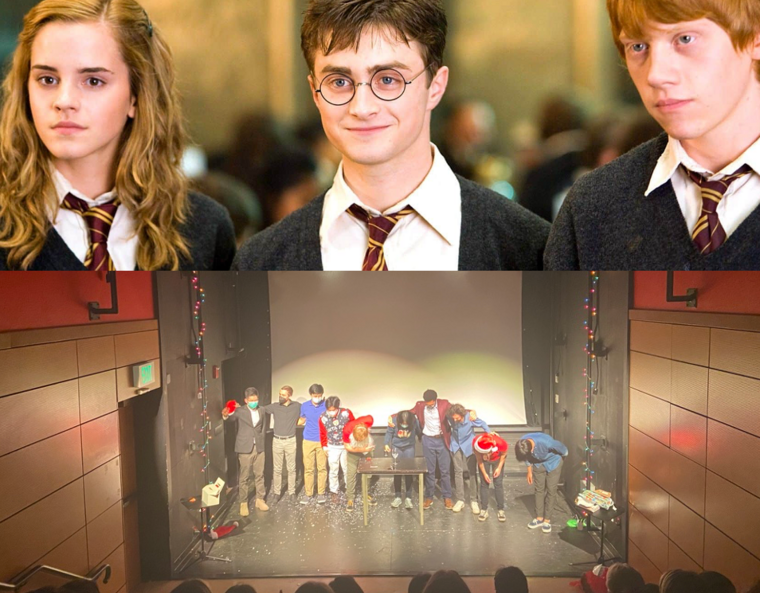 You might’ve heard the “Yale is Hogwarts” spiel at some point or another: our extravagant dining halls with vaulted ceilings and extensive wood paneling match Hogwarts’s famous Great Hall; our residential college system is kind of like the Hogwarts house system. But what if I told you that Yale is even more like Hogwarts than you might’ve thought, that there is actual magic within its walls? 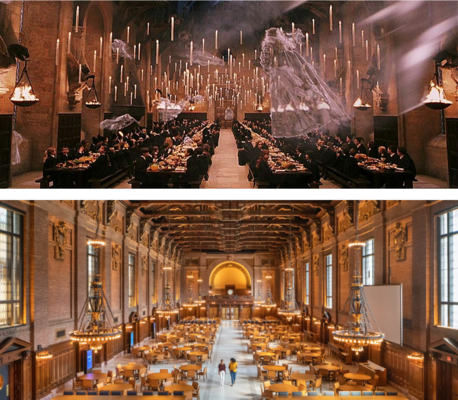 The Hogwarts Great Hall (top) and Commons, a dining hall at Yale (bottom).

As an outsider to this elusive student group, I have no idea what sorcery goes on at their meetings. Instead, I’ve interacted with the Magic Society through the shows they produce for us non-magic folks (muggles, if you’d prefer the Harry Potter lingo). Prior to this year, I’d been to two: one during my Bulldog Days, Yale’s preview for admitted students, and one around Halloween of my sophomore year. Both times, we crowded into the theater in the basement of Jonathan Edwards College, the dimmed lights adding to the mystic atmosphere. As individuals or in duos/trios, members of the Magic Society would come on stage and dazzle us with their tricks. Mysterious music played in between each one. 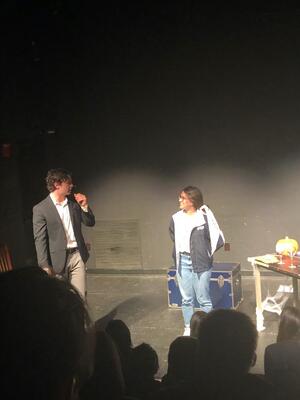 My exact memory of each act has faded with the years, but I remember being disgusted/amazed by a razor blade swallowing trick and dumbfounded by various mind-reading/future-predicting/disappearing tricks. A highlight of the sophomore year show came when my friend Niyati got called on stage to participate in an act that involved her drawing something for the magician to name without looking.

This year, after a long, pandemic-induced break, the Yale Magic Society returned to the Jonathan Edwards Theater with another show, this time themed around Christmas: the Welcome to the North Pole show. My friend Danny has taken over the reins as president, and a group of us went to cheer him on. (“Yeah Danny!” we yelled when he did the bare minimum, getting on stage to introduce the next act). 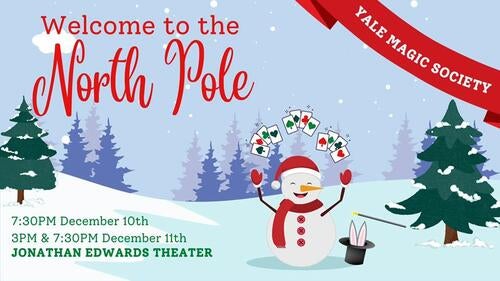 The show was a bit different than previous years, the atmosphere more jolly than spooky. This year’s highlights included a drunk Santa who shocked us by chugging eggnog through his knee; a silent magician who made it snow across the stage; and a group of 3 magicians who predicted exactly what a group of audience participants would choose from a set of wrapped gifts (one person got an exclusive photo of Peter Salovey, Yale’s president).

My favorite, though, was an act that spanned the whole show. Before the show even began, every audience member was invited to front of the stage to write their Christmas wishes on a sheet of paper, and each wish was locked in a box. Towards the end of the show, the magician called on an audience member to reach into the box and pull out a random wish. The paper they chose contained a rather unorthodox wish: to “stop smoking cigarettes.”

“Stop smoking cigarettes?!” the magician said, visibly stumped. “Let me see what I can do.” He gestured to a wrapped box tucked on a ledge next to one of the middle rows of the theater. We passed it to the front. What could it be?

The audience participant unwrapped it, and when we saw what it was, we laughed. It was a vape pen. 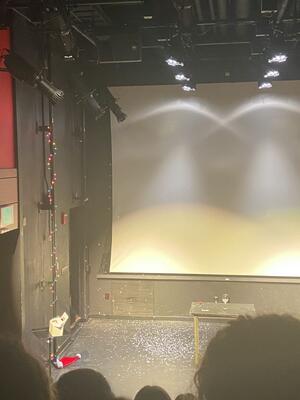 The aftermath of the show: snow, magically conjured onto the stage.

You might be trying to puzzle out how these magicians performed their tricks. I’ve been trying for years. But really, there’s no point. I’ve pestered Danny before, and he always gives me the same answer…