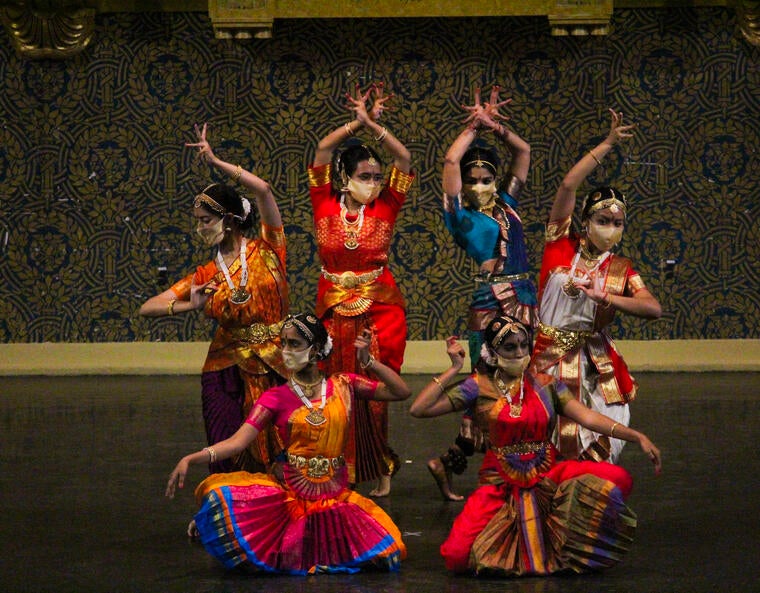 The Yale-Harvard game. Spring Fling. The Yale Symphony Orchestra’s Halloween show. There are some traditions at Yale that stay constant, year after year. For me, as for hundreds of other Yalies, one important tradition comes towards the end of the fall semester: Roshni, a cultural showcase put on by Yale’s South Asian Society (SAS). Each year, members of Yale’s many South Asian dance groups gather in Woolsey Hall to perform in front of hundreds of their closest friends. There’s also the class acts, where first-years, sophomores, juniors, and senior members of the South Asian community choreograph their own performances.

I’m not South Asian, and I’m really not a dancer. But since first year, I’ve gone to Roshni to watch my talented suitemate Niyati, who is a member of the Bollywood fusion dance team Rangeela. As Niyati and I are both seniors, we recently attended our last Roshni, me as a proud spectator and Niyati as the star of the whole show. (Disclaimer: might be a bit biased on that last statement). 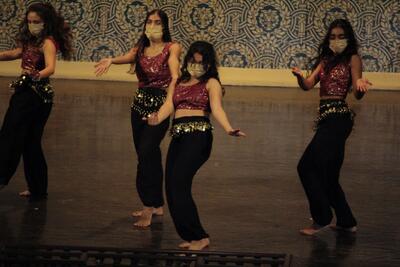 Niyati dancing alongside her Rangeela teammates.

A quick recap of the event (though I’d encourage you to watch the full livestream, since my words really don’t do the performances justice):

2. The Senior Class Act. This one was super fun for me, since I got to cheer on my classmates. It was cool to see how, even though everyone has taken such different paths throughout our years here, my classmates stayed connected to each other through the South Asian community.

3. MonstRAASity. In Raas, a dance style that originates from Gujarat, India, each dancer is equipped with two wooden sticks called dandiya, which they twirl and drum throughout a performance. I was seriously in awe of everyone’s skill (how did they not drop their sticks??), and their energy was infectious. 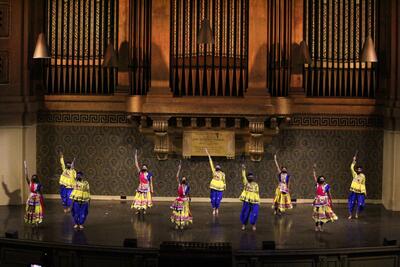 4. The Junior Class Act. Prior to this year, I always remembered the class of 2023 as first-years, since COVID disrupted so many of our interactions. It was crazy to see them all grown up, and they absolutely killed it!

5. Yale Jashan Bhangra. Bhangra originates from Punjab, India, and it’s characterized by high energy rhythms and a lot of jumping/squatting/kicking. Watching Yale Jashan Bhangra is like taking a double shot of espresso—the lively music, the colors, the dancers’ exuberant movements. Shoutout to each dancers’ physical strength—my thighs were second-hand aching by the end of their performance. 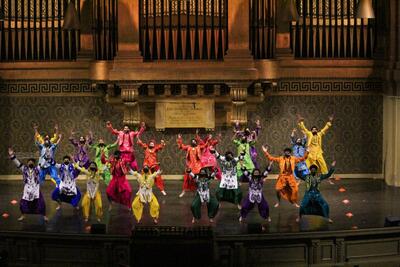 6. The Sophomore Class Act. The class of 2024 didn’t get to experience Roshni last year because of COVID. This year, they packed two years’ worth of dance talent into one performance, and it was great to see them in person and to absorb their enthusiasm.

7. Rangeela. Okay, I’m a bit biased towards this one because of Niyati, but Rangeela really brought it this year. The movements—smooth and sharp and perfectly timed. The coordinated formations. The magical way they flipped their hair. I’m the biggest fan.

8. The First Year Class Act. So many first-years performed for their class act! I definitely felt a bit old watching their performance, and more than a little bit jealous, because wow, there is so much talent in the class of 2025. Roshni for the next 3 years is in good hands. 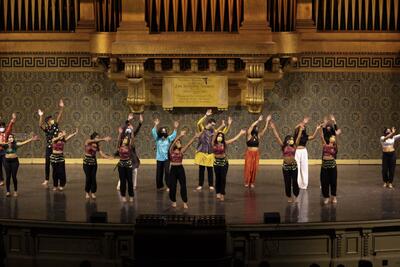 This year, because of COVID restrictions, live attendance at the event was limited to 250 people, first-come, first-serve. The accompanying YouTube livestream made the event accessible to a wide audience, but I’m so grateful that I got to experience Roshni in person. There’s something so electric about being there in front of the stage. The audience, though much smaller than in typical years, definitely brought it with the energy. My experience was especially enhanced because I sat next to my friend Seth, who loves to shout during performances. In my video recordings of the event, a solid 75% of the audio is him: “Wooooo!” and “Oh my god” and “Okay!!” and “She’s the star.” The rest of the 25% is probably the rest of the audience, shouting similar words of encouragement.

On a cheesy note, I really felt like a proud mom this year when I watched Niyati. First year, I remember hearing her nervousness about Rangeela auditions. Even after she got on the team, she told me that she would skip practice because she felt behind in learning the steps. At her first Roshni, she danced in one song for Rangeela’s set. But in the following years, I watched her find her place within the team, choreographing dances, welcoming new members, and performing in more shows. She gained so much visible confidence, even serving as captain for two years. This year, she danced in every single one of Rangeela’s six songs, often right at the front and center. 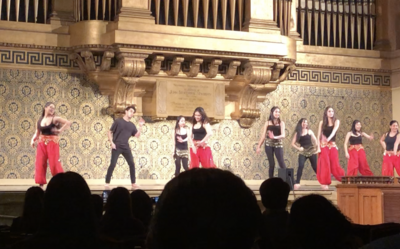 Niyati dancing with Rangeela back in our first-year!

That’s, after all, what makes Roshni great from an audience perspective: getting to see your friends in their absolute element, losing themselves on stage after they’ve worked their butts off for months.

Afterwards, I talked with Sandhya and Vanya, two current juniors who dedicated more hours than anyone else to make Roshni happen. They’re both captains of Rangeela and presidents of SAS, meaning they had their hands in just about every aspect of the event. “Roshni was quite literally the epitome of the entire fall semester’s work for both organizations,” they told me. “It was incredibly busy in the couple weeks leading up, as we were coordinating tech week practices and costumes for Rangeela, while simultaneously ensuring all of the logistics of the programs were set on the SAS end.” 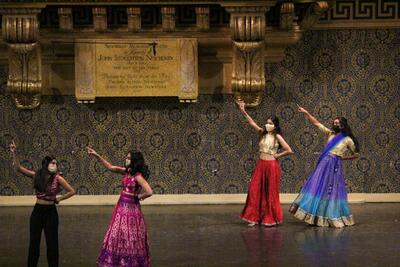 Sandhya and Vanya dancing as part of the Junior Class Act.

Roshni, most importantly, is a central celebratory event for the South Asian community. Prior to this year, Sandhya and Vanya’s first and only Roshni was back in 2019, just a few months before the pandemic disrupted everything. This year, despite the limited audience and mask requirements, they told me that, at its heart, Roshni had stayed the same. “Roshni 2019 was our first time stepping onto the Woolsey Stage, and it was a wonderful official welcome to the South Asian community on Yale’s campus,” they said. “As juniors, it’s nice that we can say we feel just as at home with this community, if not more so.”

All photos courtesy of Nithy, another immensely talented friend.