I actually enjoy flying to and from New Haven! 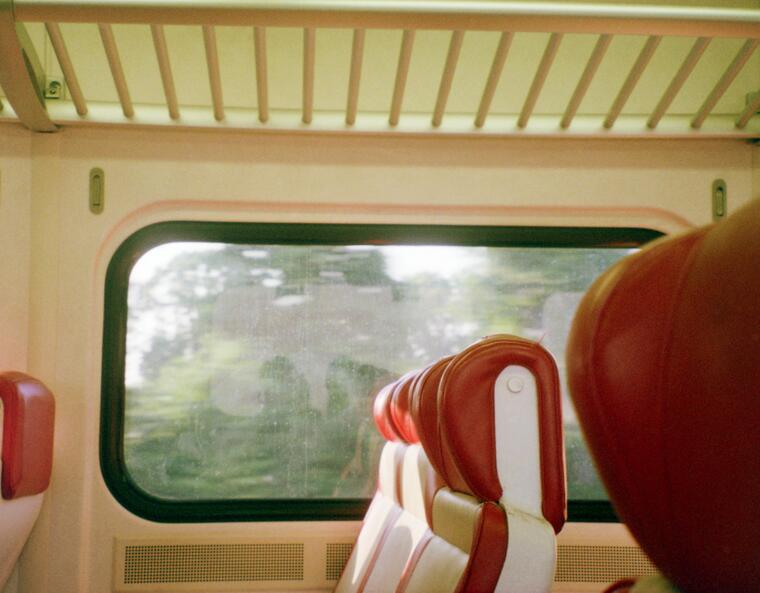 When I decided to come to Yale, my mom was nervous. Not so much because of the academic rigor or because I would be leaving home. Rather, she was nervous because in her mind, the journey from our home in Chapel Hill, North Carolina to New Haven, Connecticut seemed very complex.

“How are you supposed to get there?” she’d huff.

Chapel Hill is far enough from New Haven that I can’t reasonably drive or take the train home for a typical break. Instead, I tend to fly, but my mom was anxious because, though there are major airports within commuting distance (1-2 hours’ drive) to Yale, the journey isn’t as straightforward as, for example, a 20 minute Uber. 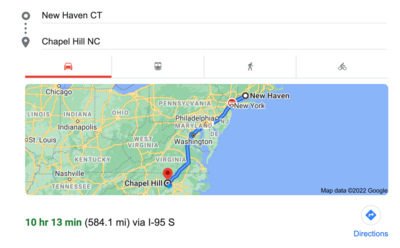 The long drive from New Haven to Chapel Hill.

People have different preferences for how they get here: some fly to one of New York City’s airports (La Guardia, JFK, or Newark) or Hartford, and from there, rely on shared Ubers, public transportation, or the Connecticut Go shuttle to get to campus. A select few fly to Tweed, the tiny airport in New Haven that connects to just a handful of cities. A lot of this is based less off of convenience and more off of ticket price.

But after 3.5 years of experimenting with just about every option, I think I’ve settled on my personal favorite route. It’s a bit convoluted, but I’ve come to know its quirks and appreciate what it has to offer. Now, when I travel to and from New Haven for breaks, my journey has become a comfortable routine.

From New Haven, I’ll first take the Metro North to Grand Central Station in New York City. I love the Metro North. It’s typically not super crowded, and New Haven is the last stop on the line, which means if you’re anxious like me, you don’t have to worry about missing your stop. I find the train ride super relaxing—I have fond memories of sitting on the Metro North, plugging in some introspective music (I even have a “metro north introspection” playlist on Spotify), and zoning out for 2 hours as I watch the cities, towns, and tree-heavy Northeastern scenery zoom by. 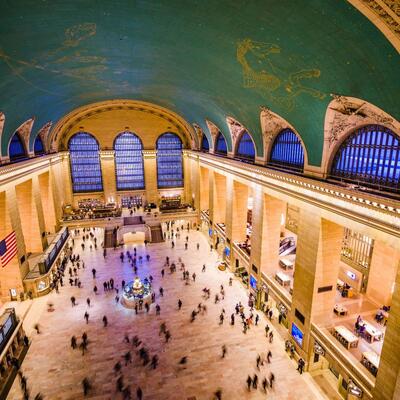 From Grand Central, I’ll take the subway to 74th/Roosevelt Station in Jackson Heights, Queens, where I’ll take the bus to La Guardia Airport for my flight home.

For those familiar with the intricacies of the New York City public transit, you’ll think this route is a bit convoluted. You can actually take the Metro North to the Harlem-125th Street Station, which has a direct bus to La Guardia, skipping Grand Central entirely.

So why do I take the subway? Part of it is because of weird personal preference. I love the feeling of walking through Grand Central, looking at the starry mural on its ceiling, feeling small within its cavernous marble walls. I also find the subway more comfortable than the bus. 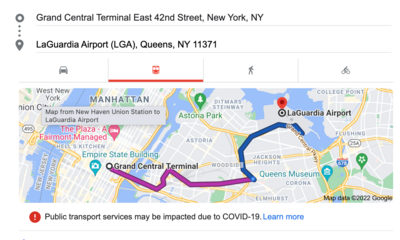 The route from Grand Central to LGA.

But a big reason is because my suitemate, Niyati, lives in Jackson Heights, a neighborhood right next to La Guardia. We’ve developed a routine where, before almost every break, I’ll hang out with her in New York before heading home. Sometimes, the stops have been super quick: a meal of momos (Nepali dumplings) in Jackson Heights before I catch my flight. Sometimes, we’ve spent the afternoon together. A few times, I’ve stayed a few days at her place, shopping, exploring places to eat, getting my ears pierced (might be specific to me but I’ve actually done this three times while traveling to/from Yale), relaxing in Brooklyn Bridge or Gantry Plaza parks with the Manhattan skyline as our view.

I still hate flying itself. Airport security gives me major anxiety. Also, carry on luggage: what if space runs out in the overhead cabin?? What if I can’t lift my bag up and embarrass myself in front of everyone?? But after many trips, my anxiety has become a dull feeling in the back of my mind, rather than the sharp, dominating pangs of stress I felt on my first trip home. 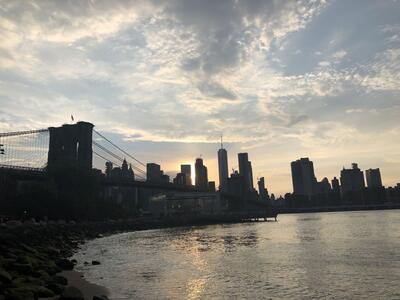 A view from Brooklyn Bridge Park from one of my NYC exploration days with Niyati before break.

That anxiety, in fact, used to dominate my entire travel process during my first semester. Back then, I had no idea what the Metro North was or how to work the subway and bus system, and airport security made my stomach twist and turn even more than it already does. Beyond just traveling, the comfort I feel with my routine represents my general growth at Yale—the friends I’ve made, the spaces I’ve grown comfortable occupying, and the independence I’ve gained.

(But also, I’m still jealous of my Northeastern classmates who can just easily drive or catch a short train ride home each break).