Are the residential colleges just a clever marketing scheme?? 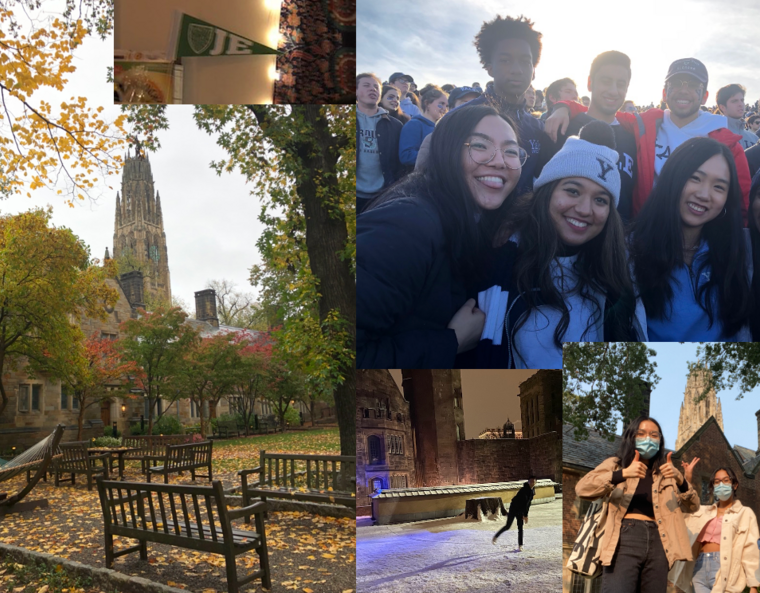 “Each residential college is a microcosm of the larger student population.”

“Far more than just dormitories, Yale’s residential colleges serve as a home away from home for students.”

“Experience the cohesiveness and intimacy of a small school while still enjoying the cultural and scholarly resources of a large university.”

If you’ve done any amount of research into undergraduate life at Yale, you’ve probably heard sentences along these lines (the ones above, I stole directly from the Yale College and Yale Admissions websites). The admissions office loves to hype up our residential college system and how it builds up that all-important sense of “community” on campus.

When I was searching for colleges, I fell for Yale’s residential college system hook, line, and sinker. My “Why Yale?” essay definitely included something about that alluring microcosm. But when April came and I was deciding between colleges, I all of a sudden got cold feet. A chronic overthinker, I couldn’t quite imagine what the promised “community” of a residential college might look like. Had I just fallen for one of the admissions office’s clever marketing schemes??

After almost 3 years here, I’m pleased to report that no, the admissions office did not lie: the residential college system really does build a deep, meaningful community.

My residential college, Jonathan Edwards (JE), was my first introduction to real life at Yale. In the summer before first-year, before I even had time to get nervous about transitioning to university life, residential college assignments came out and I learned I was in JE. A built-in network of support came with it: my suitemates, who were as nervous/excited/generally emotional as I was; my FroCo (first-year counselor) and AACC (Asian American Cultural Center) peer liaison, experienced older classmates there to help ease my transition to college and provide advice throughout the school year; and my dean and head of college, Yale faculty who would (and do) advise me throughout my entire Yale experience. I remember eagerly combing through the JE website and first-year handbook, reading information about our facilities, dorm rooms, college-specific traditions and events, and more. JE made Yale feel real. 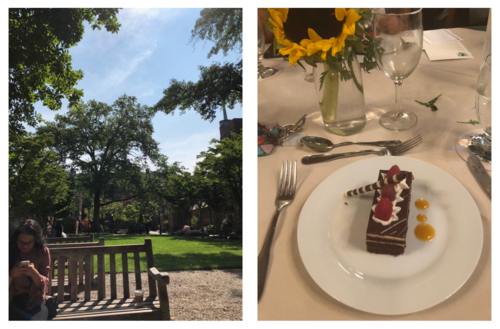 Opening days at Yale: getting to know the JE courtyard (left) and the first-year dinner hosted in the JE dining hall (right).

During the first few days of college, JE became an even more central part of my life. When my parents dropped me off at Old Campus, we were greeted outside of Farnam (the building where all JE first-years live before moving to the college itself sophomore year) by a group of excited upperclassmen donning JE shirts who carried all my stuff to my suite for me. I experienced a lot of Camp Yale (our nickname for the week of orientation) through JE: mandatory meetings, picnic dinners, icebreakers. And when I met people from other colleges, our respective residential colleges provided instant starting points for conversation. (“Oh you’re in Branford? What’s that like?)

While the initial hype died down after a few weeks, the sense of community didn’t. Residential colleges provide, of course, a physical space, and soon enough, those physical spaces became home: eating long meals in the dining hall, swinging on the hammock in the courtyard, talking for hours in the common room, sharing stress through late nights in Taft (JE’s library, universally acknowledged as one of the best on campus). In both Farnam and JE, adjacent suites are connected by fire doors that we tend to leave unlocked. These doors are, really, the perfect facilitators of social connection: my first-year suite became really close to the suite next door, and throughout the years, adjacent suites have hosted legendary parties by opening their doors to create a double-sized space. 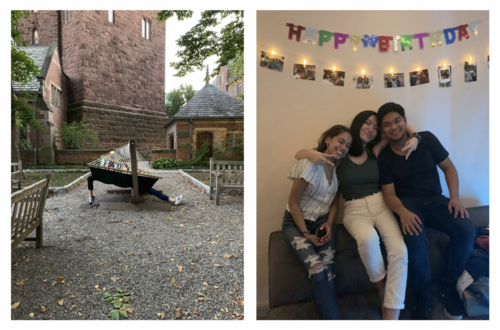 Swinging in the much-loved JE hammocks (left) and celebrating a three-way birthday in our sophomore year suite (right).

It’s hard to convey how deeply embedded residential colleges are in Yale culture. Within every class year, each residential college builds itself a reputation. Timothy Dwight, for example, is basically a cult; Benjamin Franklin and Pauli Murray (the two newest colleges) have a ton of spirit; Silliman thinks it’s better than everyone else. (JE, clearly, is universally known as the most cool/fun/funny/chill/successful-but-not-annoying-about-it college.)

One last thing I want to emphasize: residential colleges last all four years. This differentiates Yale’s housing system from a standard dorm system, where you might get close to some of your first-year floormates but get all split up the next year. 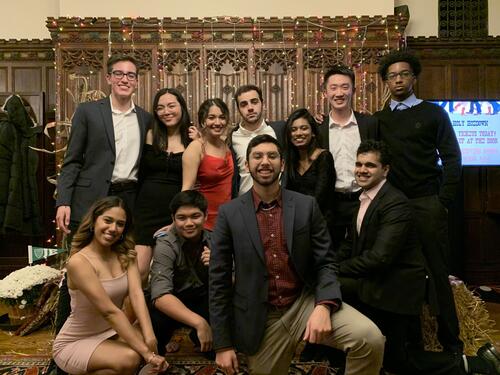 Each semester, JE (like all residential colleges) hosts a fancy dance. Here’s the gang from the one held our fall semester sophomore year!

For me, that actually meant that I got even closer to my residential college sophomore year than I did first-year. Somehow, the first-year orientation icebreakers hadn’t introduced me to everyone in JE, but when suite configurations changed sophomore year, I ended up becoming good friends with a group of fellow JE-ers who I hadn’t talked to much before. Now, they’re some of my closest friends at Yale. I actually live with a lot of them; even though we’re off-campus and physically distant from our beloved JE, the JE community is still here, stronger than ever. 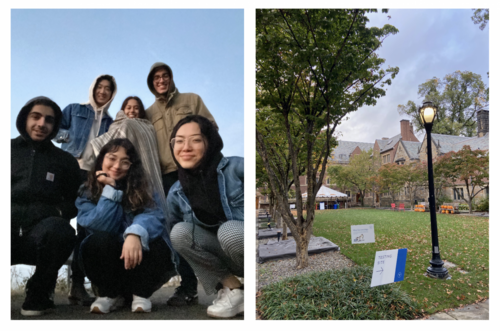 JE during COVID times. My JE housemates and I (left) and our transformed courtyard with signs pointing to our COVID testing site (right).

So yes, “community” might be a common, overused admissions office buzzword. But really, I use it to describe the residential colleges, it encapsulates something that can’t really be captured on paper—something that’s both a beloved physical space and a deeper friendship, something that’s there for both big events and little moments, something that shapes every facet of the Yale experience.