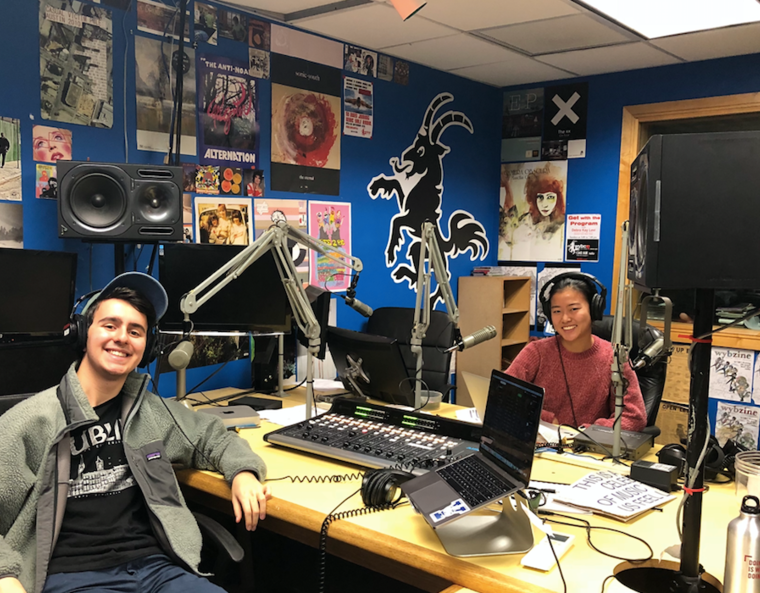 If you’re applying to Yale right now, you’re probably looking at that daunting short answer question that asks what media you like to consume in your free time. You may be spurred into a state of self-reflection, wondering “Do I actually listen to anything other than All Things Considered on NPR?” Or maybe you’re not thinking that (Yale encourages applicants from various backgrounds and political audiences), but now you’re thinking about all the cool conversations you could have with people who engage with the same and wildly different newspapers, movies, podcasts, TV shows, and plays.

One of the things I didn’t expect to miss about home was the radio. I would mostly listen to the radio in the car with my parents as they ferried my sister and me from school to home to piano lessons to swim practice. This meant we would listen to whatever my parents wanted to listen to, which means that I can now do a pretty good impression of Michele Norris and the Car Talk brothers, and also have a soft spot for Andrea Bocelli’s heart-wrenching tenor. As I reached high school age, the radio reigns were handed over to me, and of course I played a lot more pop music with explicit lyrics but still voluntarily put on the news and Sunday Baroque from time to time.

Now, perhaps your music tastes are much different than mine. I get it. My friend Sam and I have vastly different music tastes, so when we decided to start a radio show last year, we didn’t really know what the unifying theme would be. WYBCx, the entirely student-run radio station, welcomes all genres. Yalies have radio shows about sports, food, political commentary–you name it, there’s a place for it on http://wybc.com.

To get our show on air, we had to shadow two shows by some experienced radio broadcasters to learn how to use the sound board. 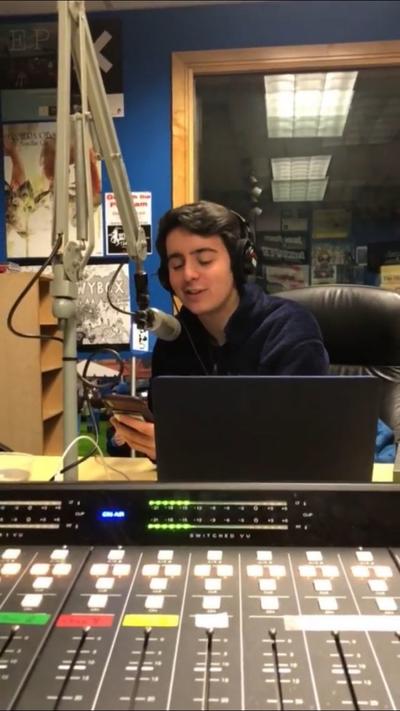 The sound board is easier to use than it appears

Then, we filled out an application about our show’s genre, purpose, title, and some potential time slots. A few weeks later, we were in the studio on Fridays from 1-2 pm, the perfect time to reflect on the week and listen to good tunes we’d been hoarding while procrastinating on Spotify every night in the library. 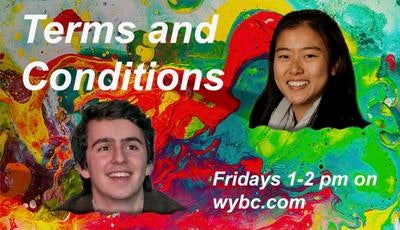 We called our show Terms and Conditions because in the terms and conditions of a product/software update/etc., no one really knows what’s written in those lines and lines of information, and no one really knew what our show was about either, but we hoped we would figure it out over the course of the songs we played and the things we said.

Our audience mostly consisted of our Saybrook friends and our moms. Many people think of radio as a dying medium, which is probably true. And yet I find it comforting to speak into the void, not knowing who might tune in.

The radio community convenes a couple of Fridays or Saturdays of the month at the house on 216 Dwight Street, where some radio and non-radio people live and where local bands perform concerts. I’ve only been once, but had a great time and have been itching to go back. Another element of WYBCx is Ante-Fling, which is a dance party at Toad’s Place hosted the night before Spring Fling, Yale’s annual outdoor music festival.

This year, my friend Gina and I have a show on Tuesday nights called Papardelle, which is spelled incorrectly because I neglected to fix it on the website, so we’re trying to play it off like it’s quirky on purpose. We found out we had similar music tastes last year, and we both love good food, so we decided to make a show where we are hungry and play indie pop songs. 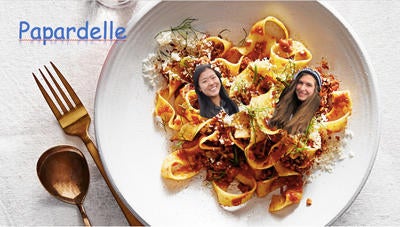