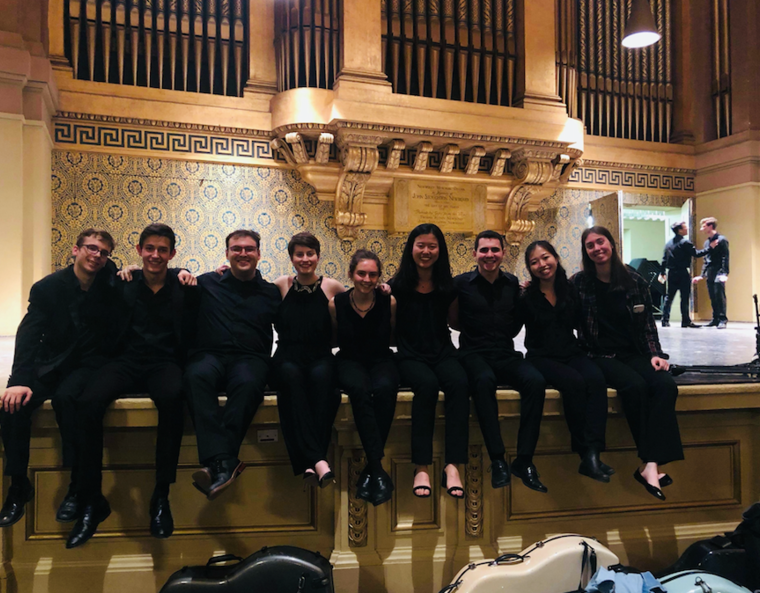 The Yale Symphony Orchestra is frequently referred to as the best collegiate orchestra that doesn’t belong to a conservatory. It’s been a real pleasure being part of this group. This year has been especially exciting since we have a new focus on playing music composed by females, people of color, and people that are still alive (lol). It’s about time!

The YSO’s first concert of the season was this past weekend, featuring Sixth Fanfare for the Uncommon Woman by Joan Tower, Brio by Augusta Read Thomas, Ethiopia’s Shadow in America by Florence Price, and Symphony No. 3 (“Organ Symphony”) by Camille Saint-Saëns. You’ve probably never heard of the first three composers. I definitely hadn’t before we read these pieces, and I’m so grateful that we got to share their music with our audience.

Female composers featured in our first concert of the year

The Tower is an epic, brass-filled triumph of a piece. The Thomas, like many a contemporary work for orchestra, required a lot of focused counting to unite the unpredictable melody. I like to think of it as the salad of the first concert’s repertoire. Salad isn’t the most delicious food to eat, but you feel good after you eat it because it’s so fresh and fibrous, and it makes other food taste better because you now know the sharpness of salad. The crazy-strict counting that Brio called for made me more attentive to rhythm when we started to prepare Dvorak’s Symphony No. 8, with its more predictable meter and even beating, for our next concert. Ethiopia’s Shadow in America was soulful and heart-wrenching at times, weaving together American jazz and classical styles. Thus concluded the first half of the concert! 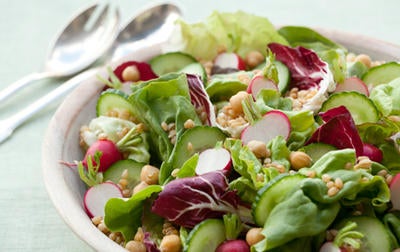 To show our audience that the YSO still plays music by dead white men, we performed the Organ Symphony by Camille Saint-Saëns. (I’m only partly kidding, this piece is just plain awesome in its own right.) The organ in Woolsey Hall literally shook the stage. I wish I could’ve listened to this piece from the audience.

Integrating more music by female composers into orchestral programming might seem like an easy thing to do. Just do it! But orchestral musicians and concertgoers alike are accustomed to playing and listening to music by the same two-dozen-or-so “great” composers. 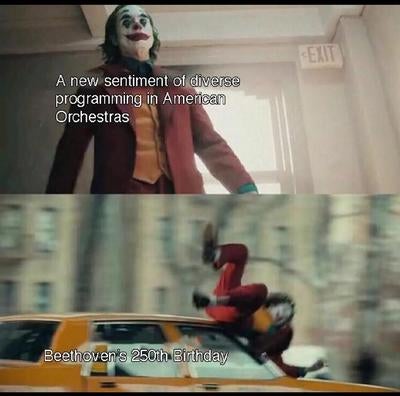 Get you an orchestra that can do both

Moreover, female composers often get short shrift in today’s music scene. I was talking to a friend about a recent Davenport Pops Orchestra concert. The theme of the concert was “DPops Smashes the Patriarchy”, and featured movie themes relating to and composed by women. The friend said that he enjoyed the concert, but found some of the repertoire too obscure–“Who actually recognizes the music from Downton Abbey and Princess Mononoke?” Like three people in the audience, probably.

That’s the issue. I love a Hans Zimmer or John Adams score as much as the next listener. But I’m sure there are many female composers out there who can compose for film equally as well, who haven’t been given the same amount of exposure as male composers. I’m happy that Yale ensembles are doing the good work of bringing more contemporary female composers to the spotlight. Meanwhile, we’ll still be playing the good ol’ tunes of the 1800s, and of course the annual Halloween Show pop music extravaganza. 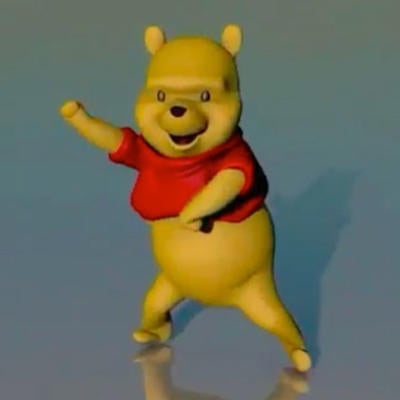 A Yalie at Woolsey Hall at midnight on Halloween