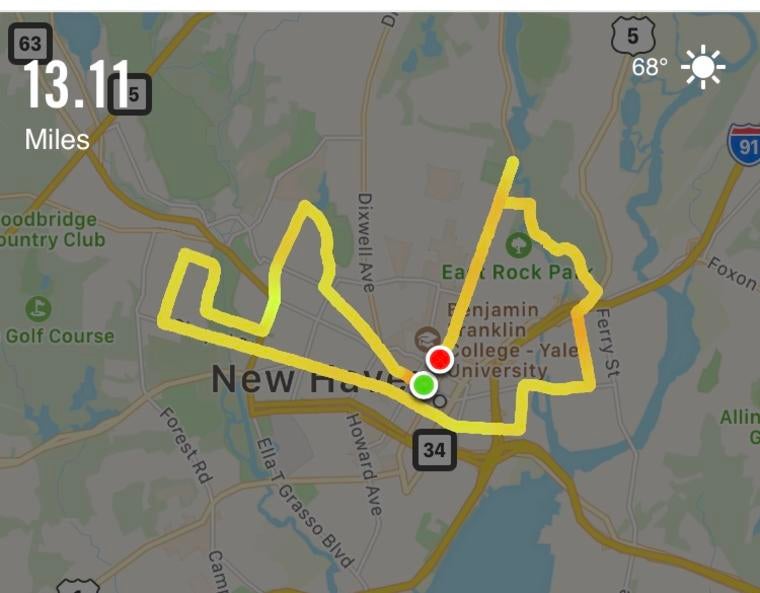 This Labor Day, I ran the New Haven Road Race as my fundraising dare for Camp Kesem, a free summer camp for kids’ whose parents have cancer. Here at Yale, our chapter of student counselors spend all year fundraising and organizing to make camp a success. Although the campers’ families have been affected by such a horrible disease, the kids are still just kids who like to have fun. Counselors try to come up with equally fun dares to help raise money for camp (i.e. if someone raises $500, they will serenade a stranger in the dining hall.)

I’m not sure if running 13.1 miles would be most people’s definition of “fun”, but I thought it would be cool to see if I could do it. After reaching my fundraising goal, I signed up for the half marathon in May, trained for it probably more leniently than I should’ve over the summer, and showed up on race day not quite knowing what to expect, given my longest long run was about three miles shorter than it should’ve been. 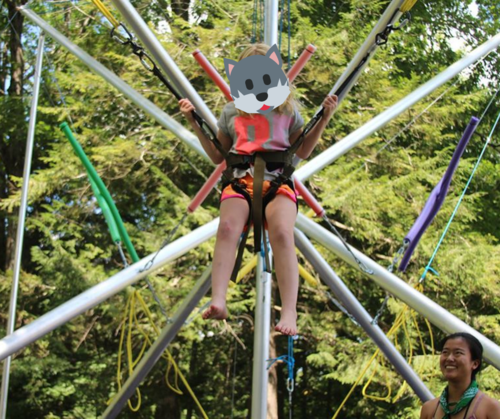 Kesem is a special place.

Luckily, as my psychology professor points out, after difficult experiences we typically only remember the peak intensity and the end, rather than the sum of the components of the experience. Adrenaline flooded the last three miles, so I mostly remember sprinting through the finish line, not chugging through grueling miles six to ten.

In addition to being just plain fun-run-fundraising, the road race was a great way to see lots of New Haven neighborhoods I hadn’t ventured out to before. Voila! A list of 13.1 mile markers of New Haven:

This is where the race began. It was so cool to see the community turnout and interact with New Haveners outside of Yale, as well as meet other Yalies who were running. I found myself chatting nervously with a biology PhD student who had run the race once before. (Hi Lea, if you’re reading this.) 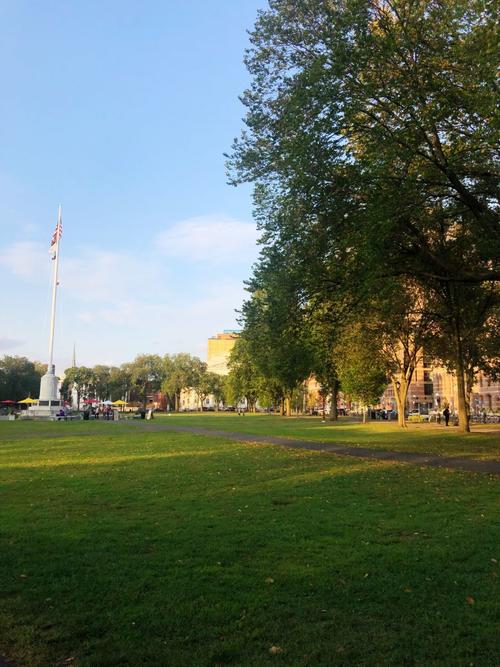 The Green on a nice day

Zooming past all of these residential colleges within the first mile shows how much more there is to New Haven than just Yale.

A hidden gem about three miles away from central campus. I had been there a few times to play tennis and to run. It’s also home to goats who eat invasive plants.

This stadium is where Harvard-Yale and all of our other home football games take place. 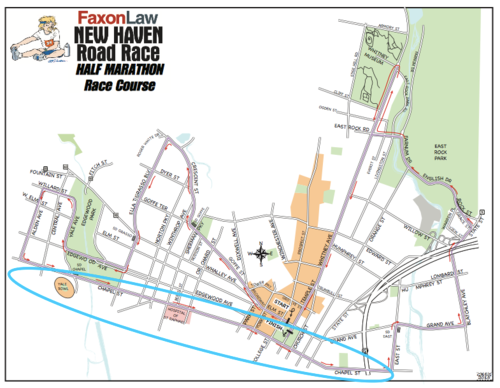 Chapel Street was the longest part of the course 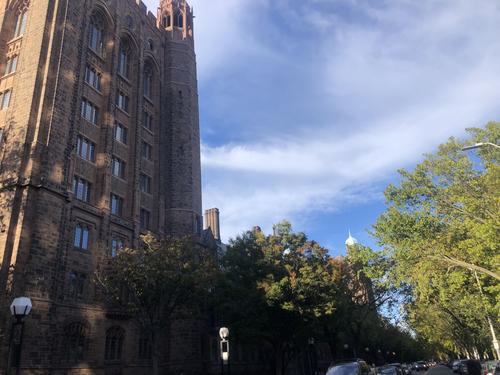 You do not realize how long Chapel Street is until you run its entire length. It’s also home to a few of my most-frequented places at Yale, such as the Yale Center for British Art and Atticus Bookstore and Cafe. I finally caught a second wind here as the gothic architecture poked its pretty face out again after several miles of suburban neighborhood. 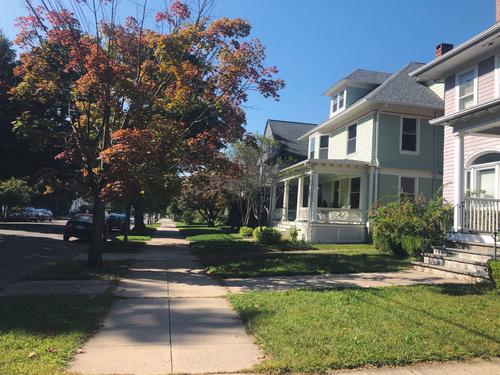 This is where you can find a BOUNTIFUL farmer’s market every Saturday and Pepe’s Pizza every day of the week. Pepe’s is undoubtedly the best pizza in New Haven. It’s the perfect balance of crispy and drippy. All opposing arguments can be sent to my email: j.hu@yale.edu

To quote a friend, “Yale would be a much vibier place if everyone hiked East Rock once a week.” It’s a great weekend hike and gives beautiful views of the city and the Long Island Sound. 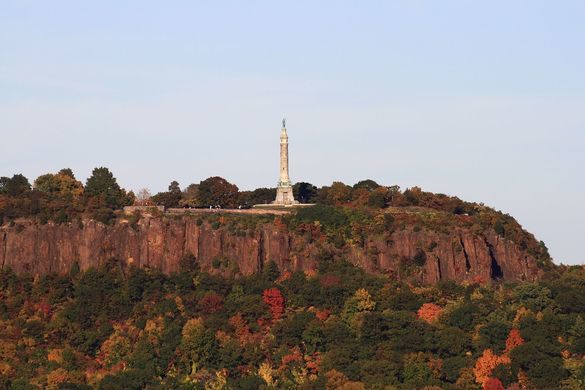 Apparently this museum is housed in an old gun factory. :o

Ah, the home stretch. The last three miles down Whitney Avenue were so much fun, except for this big sign that appeared about a mile before the finish. It advertised a local production of Shakespeare’s Comedy of Errors, and from a distance, it looked EXACTLY like a finish line. Classic Shakespeare, injecting false hope right before the end. (Can an English major fact check this?)

10. This race was measured in both miles and music! My playlist was filled with motivating, upbeat music, such as Fitz and the Tantrums, Saint Motel, and the Ratatouille soundtrack.

11. Mile marker eleven is reserved for all of the amazing restaurants that stood tantalizingly as I ran past. I crave Pad Thai (the restaurant and the eponymous dish) all the time but especially when running.

12. For the friends who also ran who I met up with before and after the race. 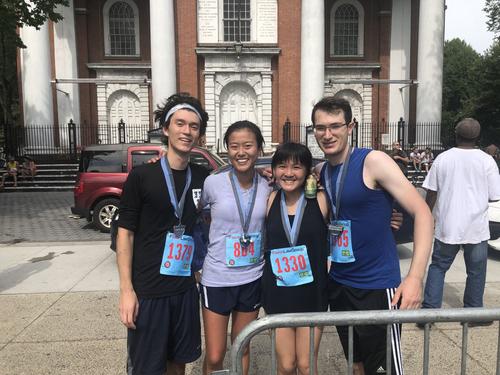 13. For the friends who woke up bright and early on a Monday off from school to cheer me on. They’re the best! 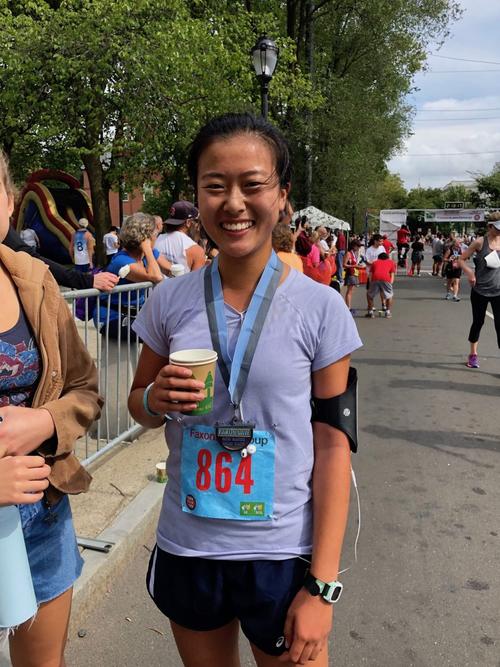 The post-run high was a feeling I am trying to chase to this day.

Although I might not run this whole course in one go again, I definitely came into the semester with a much more open mind about New Haven and a deeper sense of context because of it. I loved seeing the diversity reflected in each neighborhood and seeing so many people come out to support runners or just to support this kind of crazy, human thing we like to do where we test what physical limits we can push ourselves to.