April is the Best Month at Yale; Change my Mind 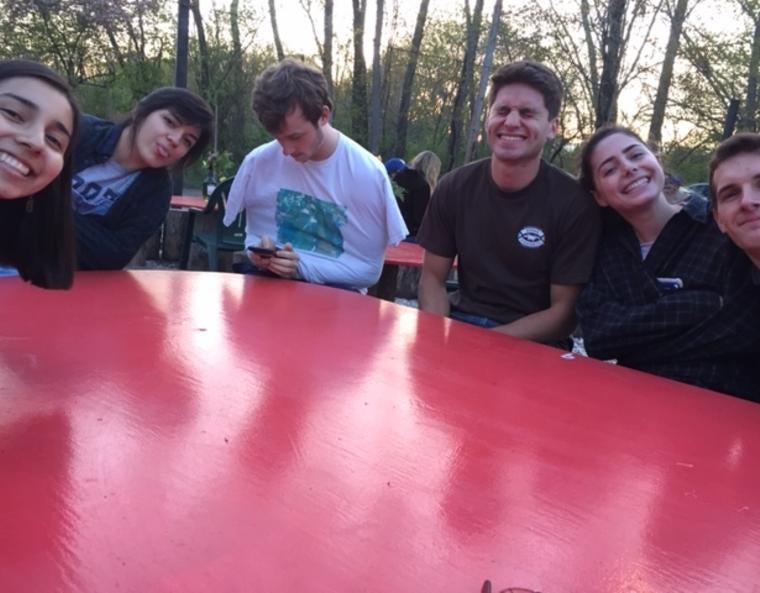 You know what I’ve decided? This post is NOT going to be sad. It’s not gonna be like sniff sniff cry cry I miss campus I wish there wasn’t a global pandemic running rampant destroying everything blah blah blah, even though that is EXACTLY how I’m feeling. But this post will be joyful. It will celebrate–not mourn–April at Yale. Because there will be other Aprils! Yay!!!!

Google says it’s currently 61 degrees and sunny in New Haven. If we were on campus, this would be absolutely the best news of all time. Yes, it’s reading week, but in April we can spend time outside “studying” (read: lying on your stomach on your college courtyard, using your textbook to shield your face from the sun while you tell your friends, in great detail, about how trees can talk to each other through fungus, as opposed to actually busting out the flashcards and memorizing the names of those fungi). 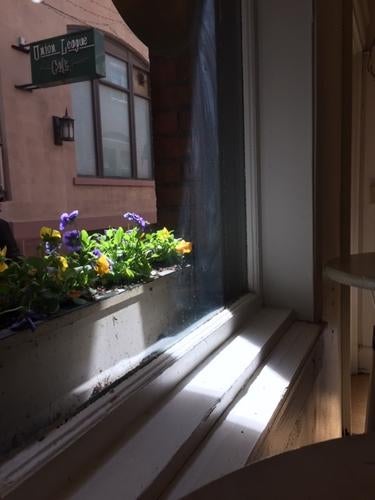 Flowers on the windowsill outside Union League Café <3

April/Early May at Yale is unparallelled. It is rivaled only by Late August/Early September at Yale, which has warmer weather but loses out due to sometimes having TOO warm weather. August of my sophomore year, which everyone in the class of 2021 will surely refer to for years to come as “sophomore August? More like sweatmore August, am I right?” was so uncomfortably hot and humid that I bought a TINY, USELESS fan from Urban Outfitters, rigged it up to the bunk bed on top of me with two carabiners and hoped for the best. When that didn’t work, I would get in the shower with the water on as cold as possible and not dry off when I got out–in fact, I would also take a t-shirt, run it under the cold water, put it on, and pray that I would fall asleep before I dried off. This was unpleasant! People were sleeping in the library! But no other August has ever been like that, so we will pray that was a fluke year.

But April? In April, professors who have been arriving to class all semester in a scarf and three hats offer to teach outside. The line grows again at Arethusa ice cream, and Yale students reappear at The Place, an outdoor restaurant in Guilford that serves delicious, I-never-tried-this-before-I-moved-to-the-East-Coast things like grilled clams and mud pies. God! I miss it so much! Just kidding–this is a happy post and everything is fine!! 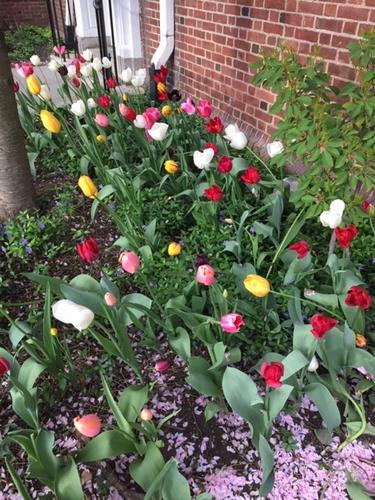 And of course–of course–there’s Spring Fling. The weekend after classes end and before reading week starts, Yale throws an enormous party for all students on Old Campus. They bring in a few musical artists and we all dance and scream. Everyone wears an Absurd Outfit. I’ll be honest–it’s always a little colder than your outfit wishes it was. But I am young and wild and free and I will wear a neon bathing suit and a pair of ski goggles if I want to! (A side note that pertains to Spring Fling: at my high school in San Francisco, we called parties that happened during the day “daygers,” as in “day ragers.” At Yale, they are called “darties,” as in “day party.” This is so lame;  I can’t even begin to express how much better “dayger” is than “darty.” Are you kidding me? However, if you are choosing between Yale and any school in California, my understanding is that California college kids also call their day parties “darties,” so, you know, we’re even on that front.)

In conclusion, April at Yale is: 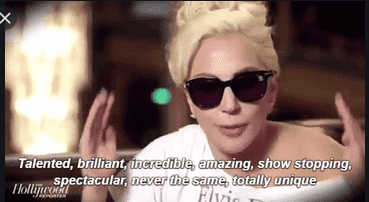 and next year, it will be even BETTER!