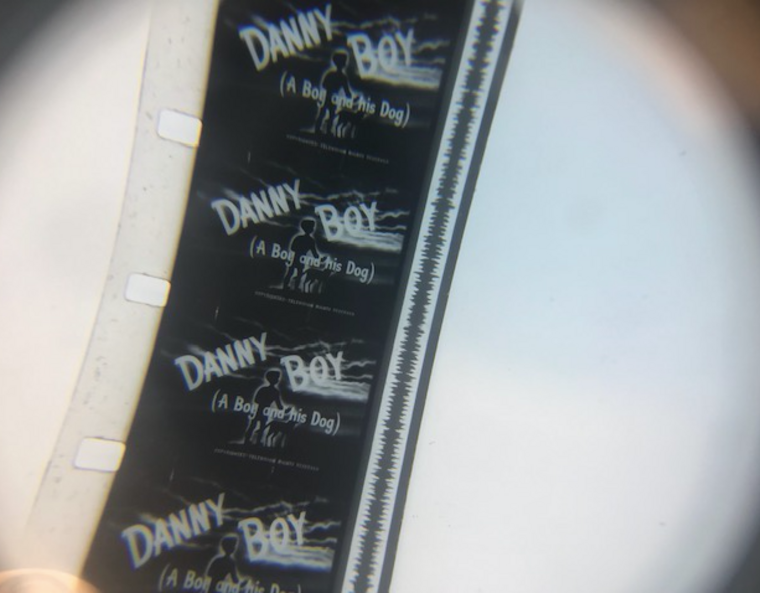 Yale has a lot of archives. I’ve been to a few of them myself in my day. I’ve held Allen Ginsberg’s diary in my hands, sifted through the original work of famous designers at the Arts Library, and even gotten a good look at the Voynich Manuscript, one of the world’s most mysterious and beautifully-illustrated books. But it wasn’t until this year that I learned about Yale’s Film Archive.

Not being a particularly scientifically-minded person, I had practically given up all hope of ever taking a lab class as I entered the second semester of my senior year. But that was before I saw “The Film Archive,” a class that not only teaches students about the many treasures in Yale’s media libraries, but also offers them the opportunity to find, inspect, and even lightly edit (by hand!) their very own short film. 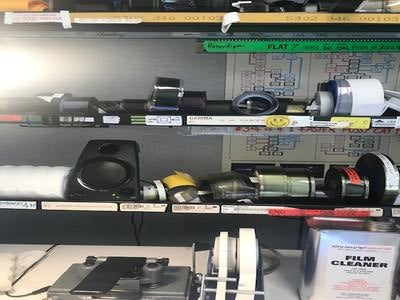 A shelf at the Film Archive lab

By the way, when I say film, I literally mean a reel of 16 millimeter film–you can hold it in your hand (but be careful!). I have always loved movies–I’m writing one for my thesis, and I hope to someday make a career in Hollywood. But I never actually bothered to figure out how movies work.

In “The Film Archive,” which also happens to be the first graduate seminar I’ve ever taken, five other students and I went on eBay and each found a short film we thought Yale ought to have in its archives. Then Yale bought us the movie, and it arrived to the very top (floor seven) of Sterling Memorial Library, where the Archive is housed. Our professor, Brian Meacham, who heads the Archive, taught us how to inspect our film for flaws–and how to handle the film so that we don’t cause more. After inspection, we were able to do some splicing, which is the original way to cut and combine film. This is helpful because sometimes, like in my film, the movie starts right away, which means that the projectionist has to be lightning-fast to make sure the audience doesn’t miss anything. (That’s part of the reason you see that big 3, 2, 1 on old films.) 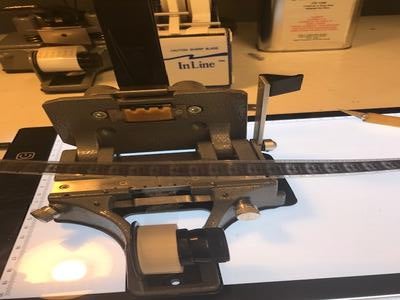 My movie is a black-and-white 1946 short called Danny Boy: A Boy and his Dog. Danny Boy is a giant German shepherd who has just returned from service in WWII. (We were supposed to pick a film “in our fields”–my thesis is about war movies.) Danny Boy is a very eventful ten minutes: poor Danny Boy is kidnapped, escapes, bites his kidnapper, is sentenced to death for being unruly, and is just about to be shot when–thank goodness–a local toddler gets stuck on the train tracks, and Danny Boy saves her, absolving him of his “crimes.” There’s a lot to unpack here, which is my job in a future paper, but for now, I’m really enjoying the process of handling and thinking about my film. I’m enjoying it so much, in fact, that I’ll keep posting blogs about the Film Archive, both the class and the actual Archive. Next time, I’ll talk about Yale’s screening rooms and the kinds of movies we’ve gotten to see this semester! 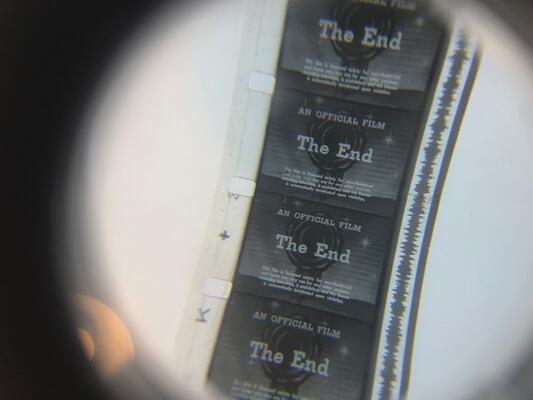 My film under the magnifying glass. That’s the soundtrack on the right!