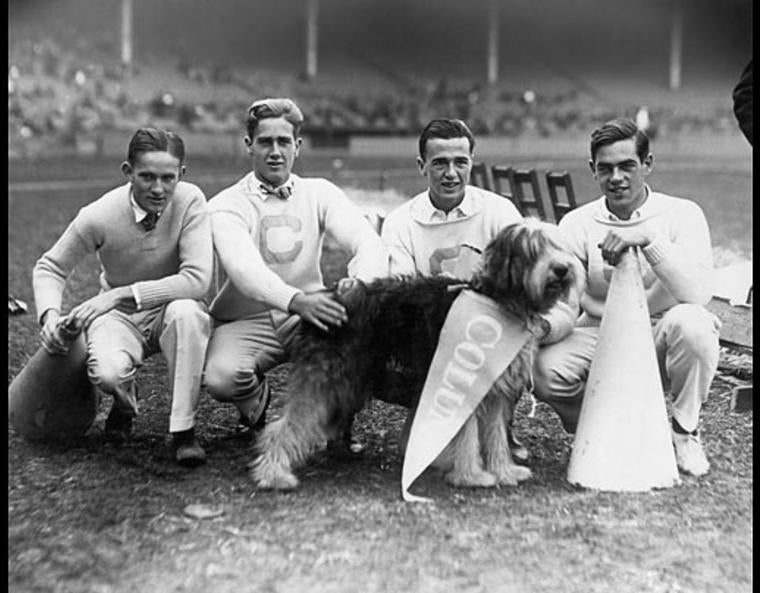 Well, good buds, I must say there’s a lot about Yale that can be done online (though, of course, to lesser effect). Late-night gossip sessions with friends? Zoom. Classes? Zoom. Improv rehearsal? Zoom. (At least, kind of, I guess.)

However, there is one activity that simply cannot be accomplished over the internet. I am speaking of course of my job as mascot. Not only is it hard to cheer on the Bulldogs through Zoom, but also all sports have been cancelled so there are no games. Add to this that I have very few friends who are varsity athletes (why?? Someone fix this!!), so I can’t even call up individual sportsfolk and rally them to do their homework or something.

BUT, I ask you–is hope lost? NEVER!!! To fulfill my duty as mascot even from afar, I looked up Yale Sports History to see if there was anything I could broadcast to you all. I ended up finding a very helpful (if perhaps misnamed) article in the Yale Alumni Magazine called “Great Moments in Yale Sports.” Here are a few highlights:

-1858: The first big regatta (crew race). A Yale senior falls off a boat and drowns. If I was there, I obviously would have taken off my Boola suit and heroically saved his life, or at least preserved it for a few more years before he had to go die in the Civil War. I hope that now Yale requires its varsity rowing team to at least know how to swim.

-1875: Harvard beats Yale in first-ever Game. Seven Harvard kids were arrested afterwards for “hooting in the streets” and made to pay $5.29 EACH. So who REALLY won?? 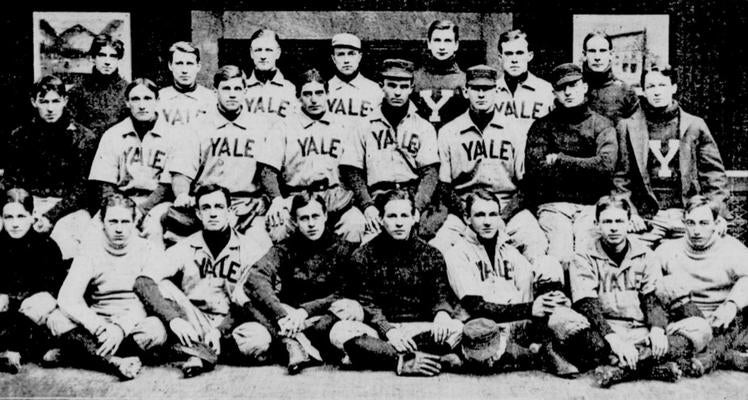 The Yale baseball team of 1901. Some of my friends look exactly like this…eerie.

-1921: Yale and Princeton play hockey for a little bit but then the ice is “soft” so the game has to stop. This aggressive call makes me think that the game was being played on actual ice, like a real lake or something, as opposed to in Yale’s current hockey facility, “The Whale.” If the ice melted in The Whale, probably everything would be fine, because it’s indoors. But you can never be too careful. If I was Boola in 1921, I would have for sure made the same call. Everyone would have said, “Wow, what a wise move! Who is that in there?” Then I would have taken off my head and they all would have cried, “What’s this? A WOMAN? Burn the witch, burn her!”

I’m sure the second guy from the left went on to have a very profitable career as a terrifying murderer.

To be honest, the rest of this article was mostly about actually good moments in Yale sports, and was thus uninteresting to me. Despite it all, still I cry from drizzly valleys of Northern California: BOOLA BOOLA, BABY!