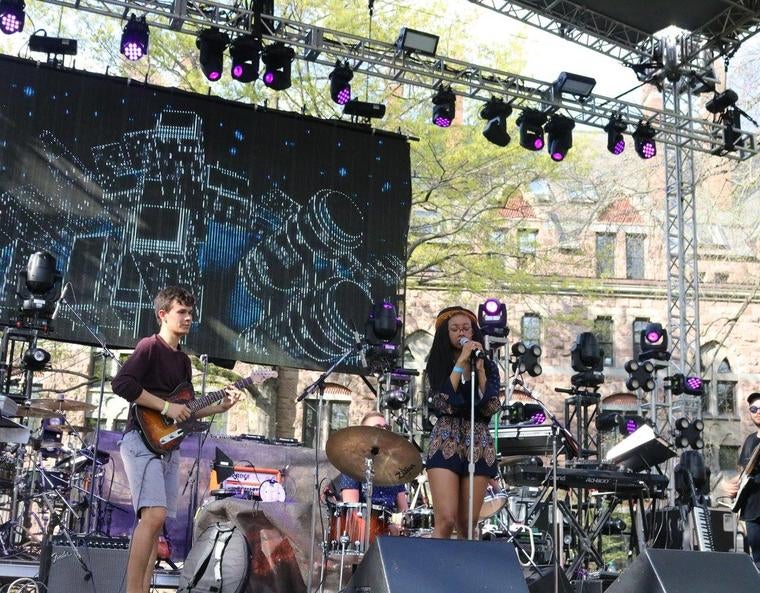 Music at Yale was one of the first things on campus that caught my attention, but I had never dared to explore music beyond the a cappella scene. I participate in Shades of Yale, an a cappella group that sings music of the African Diaspora and African-American tradition. I served as the Musical Director, or “pitch,” last year and my musical experience on campus revolved around the type of music that Shades created… until one fateful day. 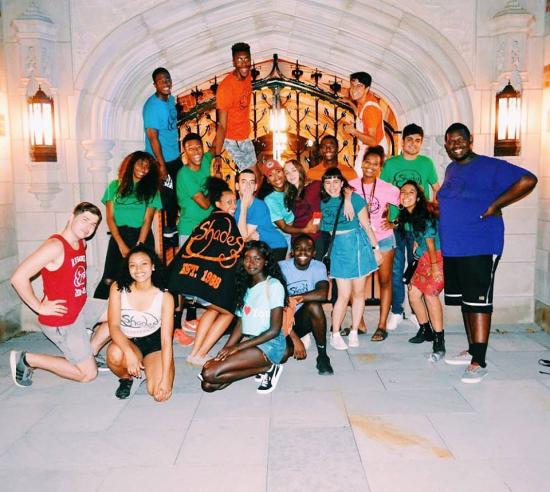 Shades on Tap Night when we accepted our new members! (I’m the one with the banner on her back.)

My Head of College at Morse College (Morse is the best residential college by the way), Catherine Panter-Brick has a husband named Mark, who was one of my good friends when I worked in the Morse College Office as an aide during my first-year. One day during my second semester, he recommended that I try a different facet of singing, and told me about the Yale Undergraduate Jazz Collective, that would usually jam out in the Underbook of Saybrook College. The ‘Underbrook’ is the cool basement scene of Saybrook, where a series of shows (undergraduate plays, productions, and other musical acts) take place throughout the year.

Despite my a cappella background, I decided to go and see the Jazz Collective on one cold Saturday. When I got there, I loved what I saw: a bassist plucking away, a trumpeter blowing until he turned red, a pianist skidding across the keys! It was such a dope experience just to watch them; I hadn’t ever seen anyone play like this on campus, and I couldn’t believe that I hadn’t found them sooner. I asked one of the members, Colum O’Connor, if I could sing the only jazz song I knew at the time with them, “Misty” in the style of Ella Fitzgerald. When he agreed, I was so nervous: I’ve gotten so used to singing a cappella. Will this even work?

Once I found my groove singing with the Collective, time seemed to slip away. We jammed for 20 minutes, but what felt like an hour. I had to come back! Colum and another member, Jack Lawrence, pulled me off to the side and asked if I’d be willing to join them. I was like, “Sure!” The next week, I got to meet another one of their friends, Zack Sekoff (Zack has to be one of the best bassists on Yale’s campus that I’ve come to know). That night, we played every song we could think of, by a number of artists: Erykah Badu, The Internet, Anderson Paak, and Drake. We could all tell that we had found something special. 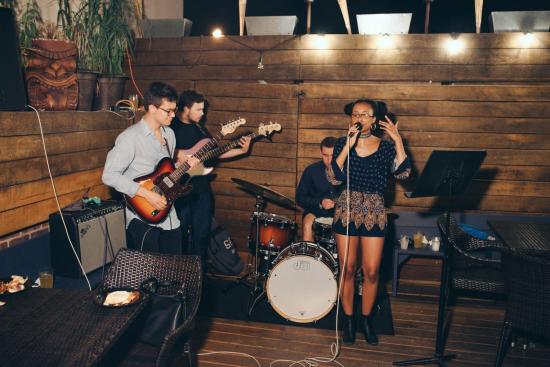 sun shadow singing at a gig at Elm City Social. (I love this outfit as you’ll see in the next picture!)

We’ve gone on to play at other joints, and were even voted to be the opening act for Yale’s Annual Spring Fling. We got to open for Tory Lanez and JoJo and play for the entire Yale community! Looking back, starting up this band with Zack, Colum, and Jack was one of the best decisions I’ve made at Yale. I learned that, as trite as it sounds, trying out new things can lead to exciting experiences. 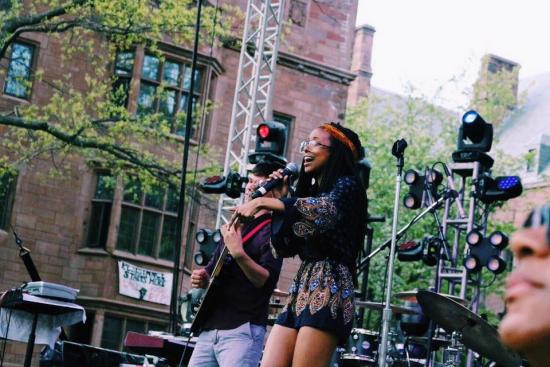