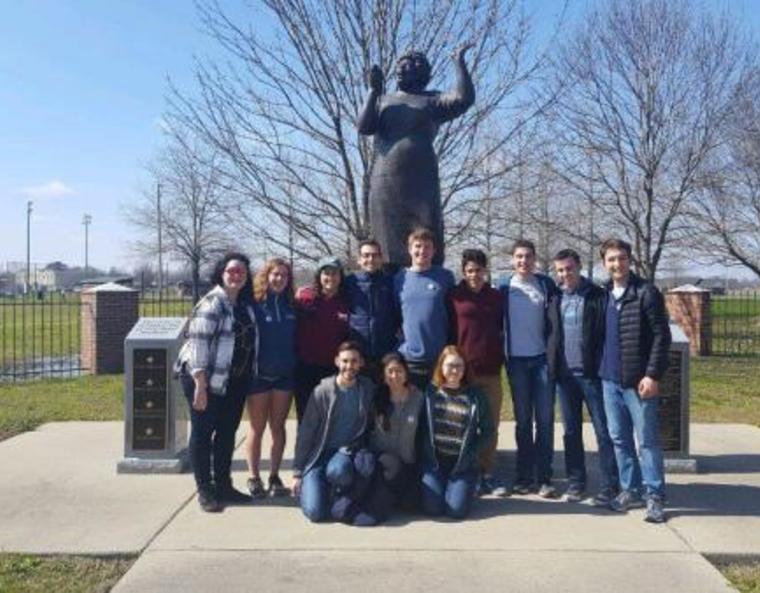 Our two-week-long Spring Break is the perfect amount of time to both relax, unwind, and explore a bit or engage with a hobby that you haven’t had time to do. Now that we are returning back to school, the Bulldog Bloggers wanted to share our experiences with you! 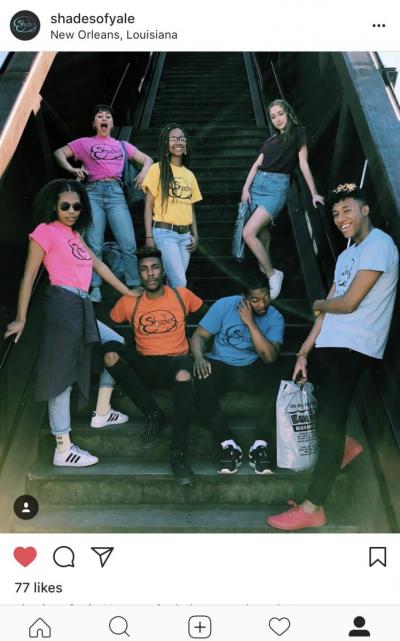 During the second half of my spring break I toured New Orleans with the a cappella group I sing in, Shades of Yale. While we were there, we performed at public schools, encouraging the students there to take advantage of the resources that college will offer them in the future. In addition, we were able to fulfill the Shades mission of displaying Black excellence in the form of music for elementary, middle, and high school students of color.

Over spring break, I went back home to Austin, Texas and spent tons of quality time with my friends and family. The first week of break, my mom, one of my twin brothers, and I went to watch a tennis tournament in Indian Wells, California (near Palm Springs). This was super exciting for me - it was my first time watching tennis in person after being a fan for what feels like forever. Being able to spend time in the beautiful California weather was a much needed break from New Haven’s comparatively frigid temperatures, and I thrived on being able to watch twelve hours of tennis every day. The part of my break spent in Austin provided me with ample opportunities to fulfill my quota of enchiladas, queso, tacos, and guacamole, though there really is no such thing as too much Tex-Mex. The Californian sunshine and Austin’s food scene gave me a taste of what summer will bring, and renewed my energy going into the second half of semester two. I’m so excited to finish out the school year strong!

For my Spring Break, I traveled to Mississippi with the Slifka Center for Jewish Life at Yale. The Mississippi Delta has one of the lowest literacy rates in the country, so our volunteer work was concentrated at a non-profit called for Delta Hands for Hope (that was founded by a Yale alumn!) reading with elementary school kids. Our trip also examined the relationship between Jewish communities in the South and the Civil Rights Movement, so we met with different congregations in the area and visited both the Mississippi Civil Rights Museum in Jackson and the National Civil Rights Museum in Memphis, TN. During our time there, we also worked at a Spring Break camp focused on literacy that was held at Jackson State University and got some experience in historical preservation working at the I.T. Montgomery House in Mound Bayou. Being from the South (North Carolina), it was really interesting to see a new part of the country from both a historical and modern perspective, and I’m hoping I can return to Mississippi soon!

This Spring Break, I traveled to three locations. I spent my first weekend at Cornell University attending the Latinx Ivy League Conference (LILC), generously funded by La Casa Cultural, Yale’s Latinx Cultural Center. Here I attended a series of workshops that fostered professional development and increased social connection amongst Latinx students at 5 Ivy League Universities. I also spent time with Brothers of the Cornell Chapter of my fraternity, La Unidad Latina, Lambda Upsilon Lambda, Fraternity Incorporated. Afterwards, I spent at week at home relaxing with friends and family and getting ahead on work in preparation for a well-deserved vacation in Florida the week after! I traveled to Florida again with Brothers of my Fraternity to visit more Brothers at the University of South Florida and attend a national stroll competition during which members of various Multicultural Greek Fraternities and Sororities compete for cash prizes! I had so much fun meeting students from around the country who share my passion for Latinx success and empowerment. Now, I am ready for the final stretch of the Spring Semester of 2018! 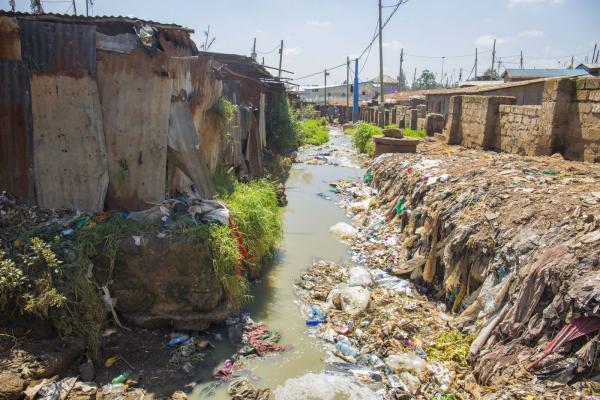 My first half of break was spent with my a cappella group, the New Blue on my last tour! We spent our first few days in Buffalo, New York to see the hometown of one of our members, Abby H. ’20. Because we wanted to travel internationally, we then took a bus to Toronto, Canada where we spent a few days. After that, I traveled to Nairobi, Kenya where I helped work with the Kibera Town Centre, a non-profit run by the Human Needs Project that I interned for last summer. I spent my spring break last year there as well, but this was my first solo-trip so I had a very new perspective! Kibera is the world’s largest urban slum, and I spent my time getting to know the project better, photographing, and getting ready to do research for my senior thesis.

Over Spring Break, I returned to Singapore to visit my family. It was good food, good fun, and lots of time with my marvelous grandparents! I used my Yale Center for British Art gallery guide card to visit a ton of museums and galleries for free. Then, three of my Yale friends visited me for a few days - and I got the cool chance to show them around Singapore for the first time. After leaving the beautiful island, I went to Boston to visit my little sister, and started catching up on some TV shows (and tried to catch up on schoolwork)!