A Capella is Life, But So Is Community 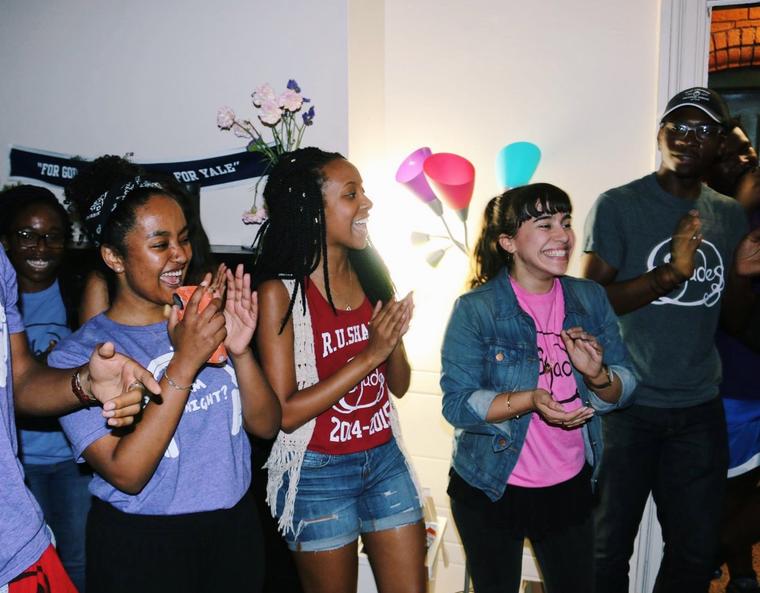 For one night every September, Old Campus becomes a maelstrom of screaming a cappella group members dashing across the quad. Their objective: selecting the newest members of their musical families. The chaotic tradition is called Tap Night and it’s one of my favorite nights of the year. Tap night comes at the end of a multi-week “rush” process when new freshmen audition for the 13 singing groups in Yale’s Singing Group Council. When rush is over and each group has chosen its new members, everyone lines up in front of High Street Gate. Each group designates a “runner” who sprints from entryway to entryway, hoping to reach the new “taps” before another group does. 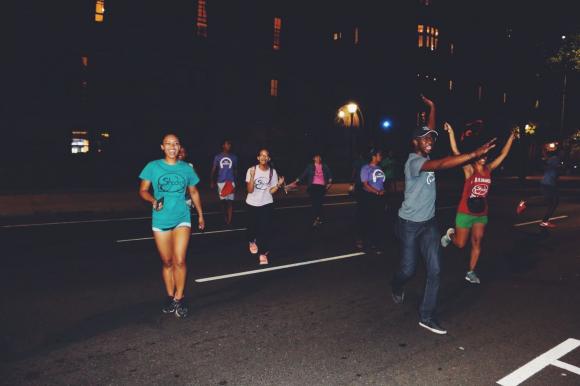 Since my own tap night two years ago, I have been a member of Shades, Yale’s youngest co-ed a cappella group, which sings music of the African Diaspora and the African-American tradition. This year I serve as the Musical Director (or “pitch”), and it’s been an amazing experience. This year, we tapped 7 of our “rushees,” and we love all of them immensely. They are each unique, talented, and hilarious in their own way and I could talk about them all day, but here is a picture of them instead: 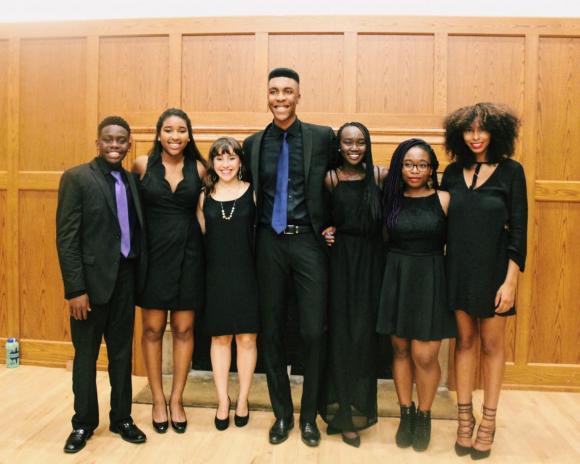 The Yale a cappella scene is competitive, but it also serves as a large and close-knit community that all Yalies (even those who don’t sing) knows about. Last week, Shades collaborated with The Duke’s Men (an all-male group that sings pop, R&B, and jazz) on a benefit concert. At the concert, we gave out free food, which gave audience members a chance to pig out right before finals. Attendees donated to local charities, including Apostle Immigrant Services, an organization that works with immigrants in the New Haven community, and All our Kin, a group that builds sustainable childcare programs.

In the E-room of the Afro-American Cultural Center, we each sang six songs in segments of three. The Duke’s Men went first, and they delivered strong performances as usual. There were so many highlights of their performances, but one of the best parts was when Dan (pictured below), sang “Open Arms.” As he sang, audience members began to throw their wallets and shoes at him. This might seem odd, but it’s how fellow Yale singers show love when someone is killing it vocally. 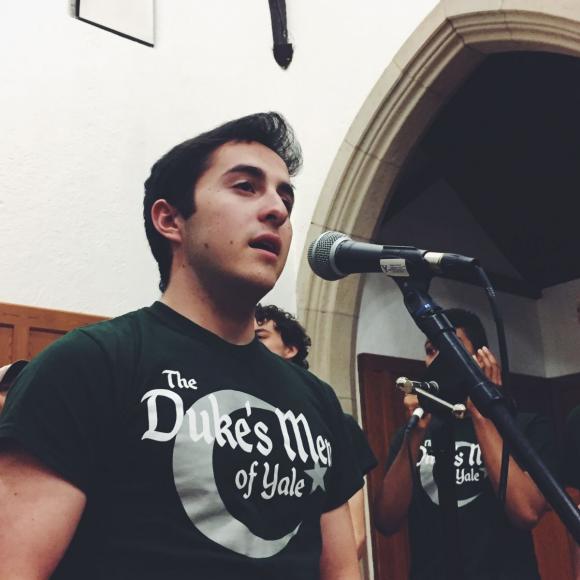 Dan from the Duke’s Men singing a beautiful rendition of “Open Arms” by Journey.

While The Duke’s Men were singing, Shades sat on the front row and cheered them on, shouting “Yas!” and “You betta!” The Duke’s Men did the same for us, whooping and cheering as we sang. It was a special experience, with members of two a cappella groups who competed for rushees just a few months ago were genuinely happy for each other. 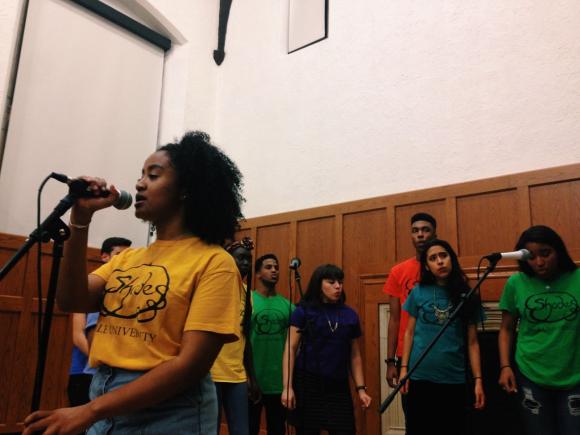 Eilaf from Shades of Yale serenading the audience with “Weak” by SWV.

Something I have always appreciated about Yale is that collaboration is actively encouraged, in extracurricular pursuits like a cappella and in the classroom as well. People root for each other here, which is refreshing for many students who came from more competitive high school environments. Recently, I messaged the pitch of the Duke’s Men saying, “we HAVE to do a joint concert again in the future” and he responded, “Yes PLEASE.” I’m definitely going to hold him to that, because I love a good collaboration, whether it’s with our voices or our ideas.