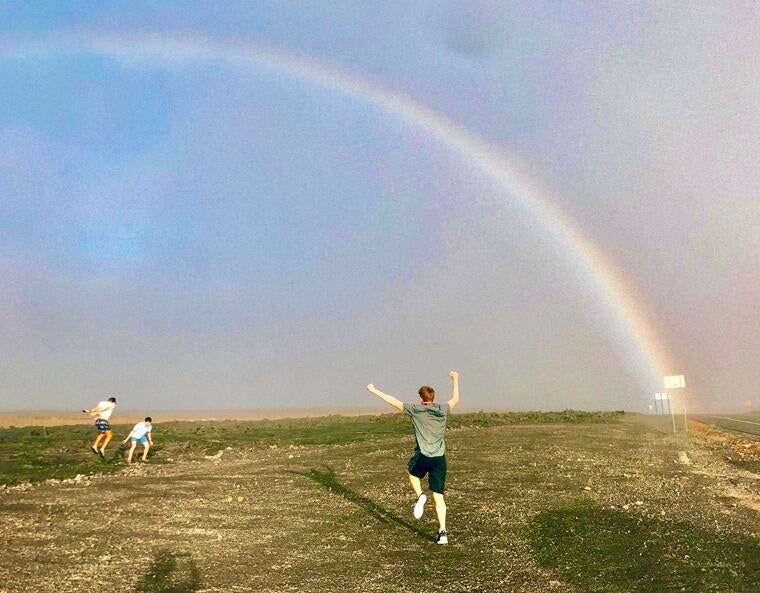 Luckily, we were driving on an open road next to a wide flatland of lava rocks, so we pulled over immediately. We ran towards the rainbow and cheered and threw our fists up in the air and jumped like we were crazy (which we probably were; though we didn’t care). But as we tried to run closer and closer to those beautiful rays, they just kept slipping further and further away from us. 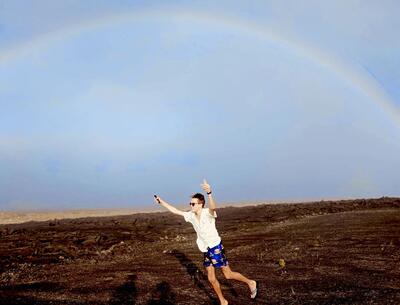 Three more winters have come and gone since that tour, but that memory feels especially relevant now.

I’ve spent three and a half years running after my beautiful Yale finale. Every 1am paper in Bass Library, every late-night grilled cheese in the buttery, every performance, every test has been another step closer to my senior spring, a colorful time that’s supposed to be saturated with friends and parties and graduation.

Then came the pandemic, and a lot of things have changed about Yale: no more in-person classes, no more parties, no more dances, no more performances, and maybe even no more graduation ceremony. With these changes, it can be hard not to focus on all of the lost opportunities. It’s hard not to feel like just when we seniors were finally going to reach our rainbow, it’s slipped just out of our reach.

But the more I think about it, the more I realize it’s always been that way. Even before the pandemic, from the time that I was a first year, there were always things that I wanted to do but couldn’t. In fact, there were whole boards filled with them.

You can’t go more than one hundred feet without meeting one of these giant bulletin boards anywhere on campus. Inside. Outside. Old Campus. Cross Campus. There’s even one near Yorkside Pizza. And every board is filled to the brim with brightly colored flyers, each a sparkly, new opportunity. First year, I’d stand in front of those boards forever, taking photos of all the performances, lectures, programs, parties, and events that I wanted to do. 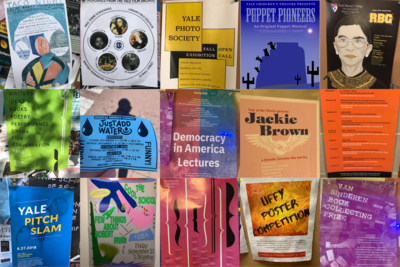 It was a mosaic of opportunities. And just when I thought I’d read them all, someone would staple a fresh batch: 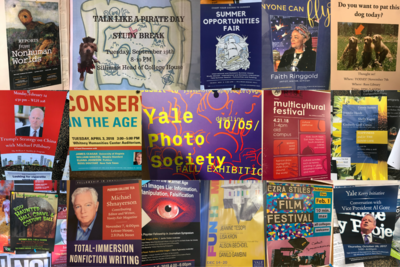 My photo library quickly turned into a patchwork of colorful events and opportunities. But I soon realized that I just couldn’t do them all. I had to make some tough decisions and pick and choose the events that sounded best to me. Improv, Camp Kesem, The Record, Yale Children’s Theatre. (To this day, I still regret never learning to curl.)

Come to think of it, even in the pandemic, even with all of the things that have changed, there are still so many things that I simply can’t do; things that I want to do; things that I wish I had time to do; but, things that I can’t do. The virtual performance of my friend’s one-man play interferes with the Ezra Stiles hike to East Rock. The Whiffenpoof Christmas concert with the CCAM Immersive Theatre workshop. The residential college spike ball tournament with the Fall Foliage tour. Do I want free cannolis in the courtyard or free chicken nuggets on Cross Campus? Do I attend the digital college tea with the creator of Avatar the Last Airbender or with the Nobel Laureate? 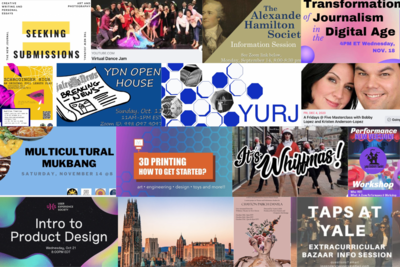 I still think about that rainbow in Hawaii a lot, though. There’s just something so Yale about it. From the time that we were wide-eyed first years, we’ve been chasing the perfect college experience, where we do everything and take advantage of every opportunity that Yale has to offer. Where by our senior springs, we are simultaneously editor-in-chief of the YDN, president of the YCC, first chair of the YSO, quarterback of the football team with four Ivy League Championship rings on our fingers and a diploma reading Ultra Mega Summa Cum Laude in our hands. Where we quadrupole major in History and Mathematics and Philosophy and Chemistry. Where we’ve gone on every study abroad fellowship, watched and performed in every show, and checked off every flyer from the bulletin board. Where we don’t miss a single opportunity. But that’s impossible. It’s impossible to catch the rainbow.

But I’ve learned that Yale isn’t about catching the rainbow. It’s about finally realizing, even if it takes four years, that you can never catch it and that that’s okay. Yale’s about discovering how you want to chase it. And it’s about laughing and jumping and fist pumping the entire way. Because it’s lovely to chase rainbows, especially ones as beautiful and vibrant and special as Yale. 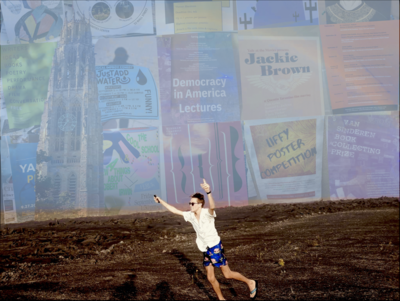