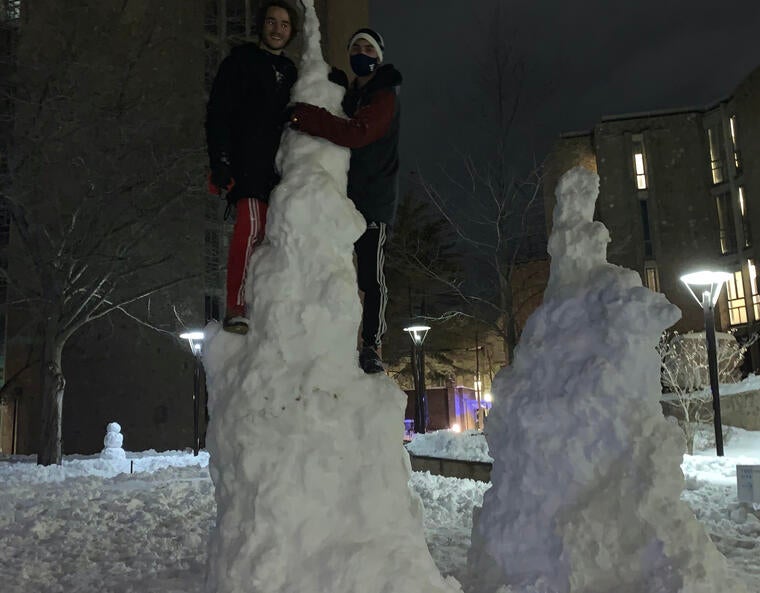 As New Haven blesses us with the hope and beauty of spring, I’d like to take this opportunity to think back to an equally wonderful season at Yale: Winter.

There’s something extra magic about a Yale winter—between the annual Old Campus snowball fight; the soft, white dusting over gothic towers; and the flurry of back-packed students catching snowflakes on their tongues. But this semester, I experienced perhaps the most magical Yale winter moment of all time, all in my residential college, Ezra Stiles. 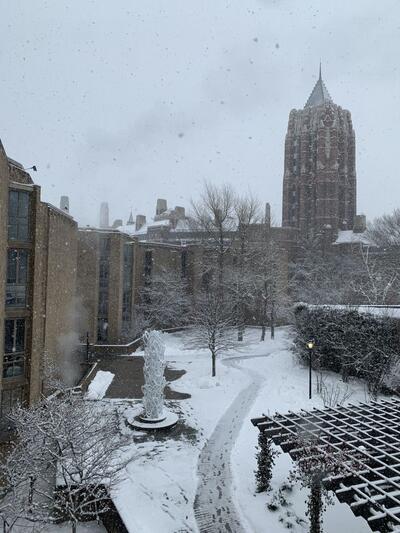 It started on a random, snowy Tuesday afternoon at the beginning of quarantine this semester. I was walking to the dining hall when I happened to see a group of sophomores working on a snowman. Seemed normal enough, and for the moment I didn’t think anything of it. I grabbed my tacos al pastor and went on with my day.

Well, it wasn’t until much later that evening, when the sun had fallen and the Ezra Stiles courtyard was left in the cool haze of the moon and the warm glow of the hanging fairy lights, what had been done: those sophomores built a massive, 6-foot tall snowman. It was their first attack.

As a group of seniors, my suite couldn’t in good faith let this strike go unanswered and we certainly couldn’t let the sophomores win. So after dinner, in the still of the night, we gathered in the courtyard with a single objective—build an even cooler, taller snow fortress. We operated as a unit, as a team. A conveyor belt formed, extracting and transporting snow from one part of the courtyard to others. Our architecturally-minded comrades ensured the structural integrity of packing. When we finished, we had constructed a beautiful 8-foot tall snow tower, right next to theirs—a clear counter strike. 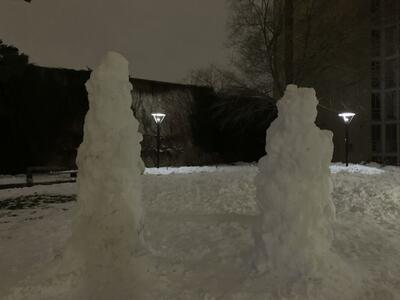 When I woke up the next morning (sigh, *afternoon) and finally made my way out of bed and outside, I found the same group of sophomores building up their tower even taller. The Great Snow War of ‘21 was fully underway. For a solid week, we continued this cycle of building and waiting, building, and waiting, until they reached well over twelve feet. Eventually our noble opponents flew too close to the sun. Literally. Their snowman melted and collapsed under its own weight. The skirmish was over. We had won. 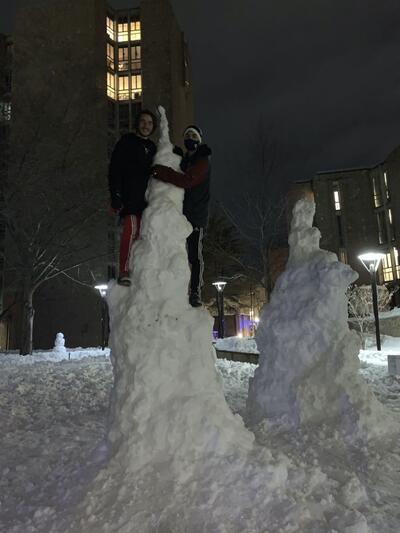 So you wanna know what being in a residential college is all about? It’s about spending hours, days with your best friends getting way too into a silly snowman competition, because you thought just maybe it’d boost morale during quarantine. Probably the most wonderful thing about that competition was that we never, not even once, considered tearing their snowman down. No, this was a friendly, supportive competition. We respected those sophomores; we really did. All we wanted was to see, once and for all, who could build the most impressive snowman, one that could stand as a symbol of hope and love for all of the Stiles community. 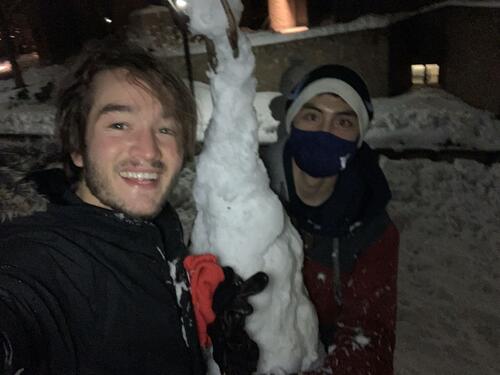