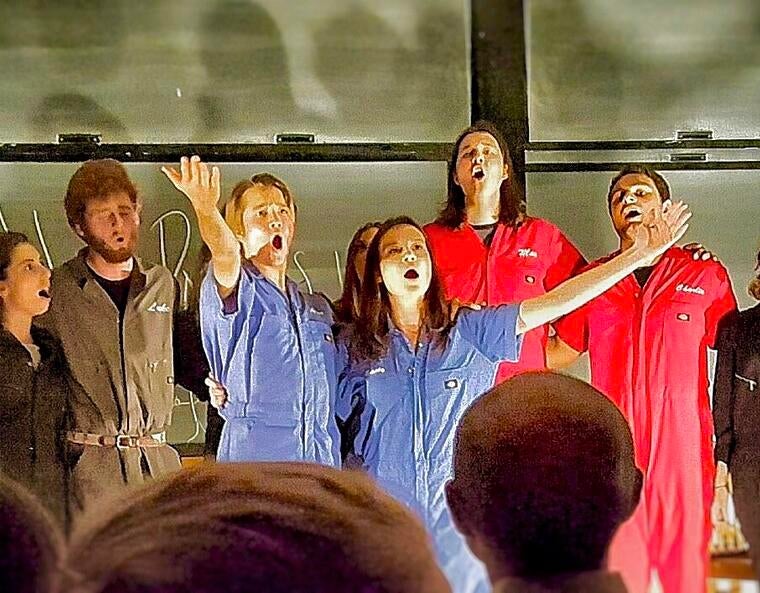 I joined Just Add Water (JAW), Yale’s only (and best!) musical improv comedy group my first year, and it was easily my favorite thing I do on campus. In this next series, I will take you through the process of joining an improv group – everything from pre-rush week to rush week to a typical group tour.

Stated simply, improv comedy is basically a type of performance where you make stuff up in real-time, often incorporating audience suggestions. Improv at Yale is really special. Groups perform for student audiences on campus about five times a semester, and many groups also tour during winter and spring breaks! 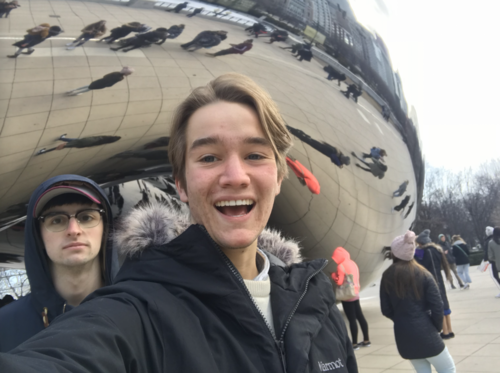 When I first got here I was a bit worried that in order to get into a comedy group at a school with such good theatre and performing arts programs would be nearly impossible—that they only take people who did theatre their whole life, studied comedy at Second City, could recite every episode of Whose Line Is it Anyway?, and were the lovechild of John Mulaney and Tina Fey.

But boy was I wrong. In fact, in my group of nine improvisers, only three had done improv before college! For everyone else, auditions / workshops were their first try. Improv groups are incredibly inclusive and do a really wonderful job of encouraging and supporting everyone throughout the audition (AKA ‘rush’) process! This, of course, begins with all the Pre-Rush activities!

The first thing that happens during pre-rush week is Improvaganza! Like all good ganzas, Improvaganza is a showcase, in which every group (5! We have 5 different improv troupes!) give a mini performance to show their specialties. Just Add Water does short-form and musical improv. Purple Crayon and Exit do long-form improv. VQ does short form. And Lux Improvitas does improvised plays.

After getting a taste of all of these groups, each group will put on their own full-length shows, so you can have the full meal.

Groups then start holding their own mini workshops to teach everyone the basic rules of improv—yes and, avoid conflict, work with your scene partner, etc—and to give people the chance to try improv out.

This marks the end of the pre-rush week! Up next, check out my second post of the series on Rush week! 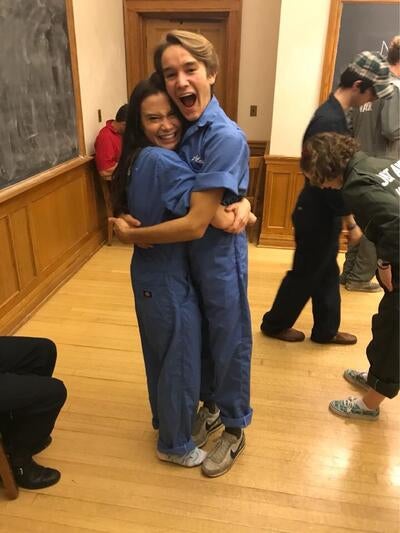