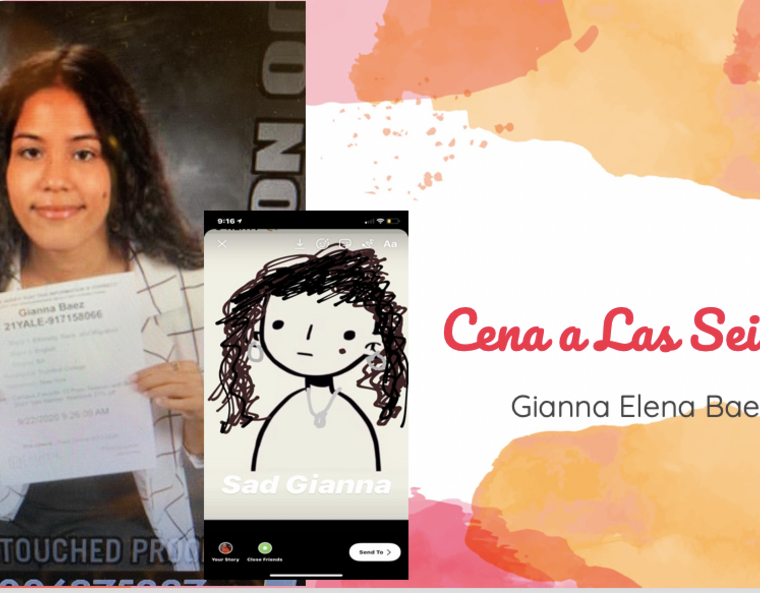 The first time I went to La Casa Cultural, Yale’s Latinx Cultural Center, was during Bulldog Saturday before I had even committed to Yale. Although I couldn’t attend Bulldog Days (due to a softball tournament), I was lucky enough to spend the weekend with a high school friend.  She was a first year (in Trumbull!) and offered for me to stay in her suite for the entire weekend. 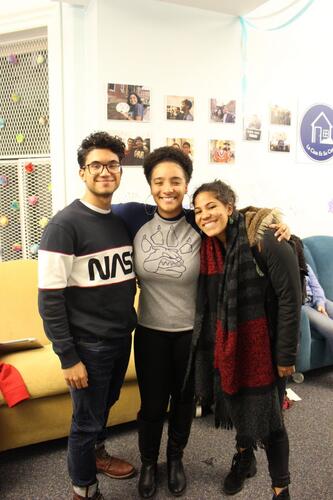 And one of the first things we did when I got there Friday evening was head to La Casa for Cena a Las Seis, aka CAL6. Before visiting Yale that weekend in April, I had no idea there was a Latinx cultural center, let alone three other cultural centers! CAL6, is a gathering that takes place at La Casa’s gallery (the main room on the first floor). The phrase translates to “Dinner at 6” and it’s an event where seniors who are active in the Latinx community share stories about their life before Yale, at Yale, post Yale, and everything in between. I leared later that La Casa staff usually caters that person’s favorite food, and friends, faculty, and community members gather to listen to the senior’s story (usually accompanied with a PPT).

That first CAL6 was hosted by senior I didn’t know (the only person I knew then was the friend hosting me!) and yet everyone I met that night was so welcoming and friendly. And somehow, even though I knew no one, I felt strangely at home. At the time, I was unsure if wanted to attend Yale, and I was worried that I wouldn’t fit into a predominantly white school. But after attending CAL6 and learning more about Yale that weekend, I committed as soon as I got home. Whenever someone asks me why I chose Yale, I always talk about La Casa!

Little did I know that my first year, and subsequent three years, I would work at La Casa as a student coordinator. Working at La Casa has been one of the best experiences I’ve ever had, because it meant I was there all the time but also allowed me to meet new people and really take part in community events, like CAL6. Working there is how I met one of my closest friends, Brian, and our first year we decided we would introduce each other at our respective Cena a Las Seis. I couldn’t wait to feel that same sense of community and belonging I had for my own Cena. 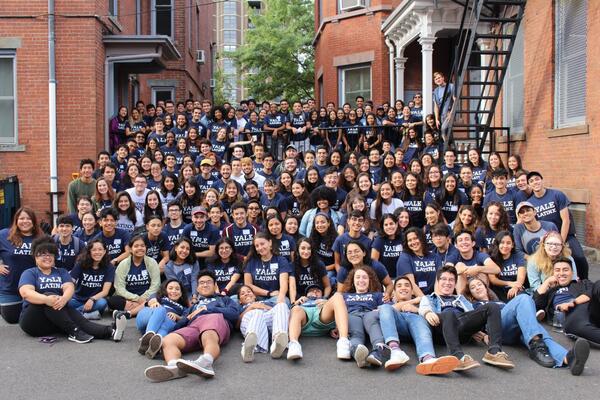 Fast forward to my senior year, December 4, 2020, the day of my very own CAL6. Never did I imagine I’d be giving my Cena virtually, from my home this year! When I first picked a date, I was disappointed I wouldn’t be able to see all my friends gathering at La Casa with amazing food from New Haven. But, I was glad that even through this pandemic, I would still be able to share pieces of my life with my friends and community. The day of my Cena was a little hectic, mostly because it was the last week of school and naturally I had left my presentation for the last minute (literally the day of). But one of the good things about being home was that I had access to all my photo albums and I was able to make a sort of picture collage presentation.

And while there was no food and we were all in different places in the country, when I logged onto the Zoom, I was so excited to see my friends––former roommates, friends from La Casa, my former supervisors and head admin at La Casa Carolina and Dean G, and others––all there. Just the fact that they took time out of their busy lives at home, the end of the semester, and the beginning of finals to be there was wonderful. I was really nervous but found it a bit liberating to share things with people from my different circles and communities how I’ve become the person I am today. And of course, I got a lot of compliments on the cute baby photos (haha). While I probably will not be able to physically go back to La Casa, maybe until I come back as an alum, I was reminded that day that my community isn’t defined by a physical space but by the memories and relationships I have formed. 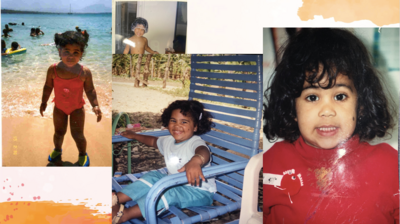 Baby photos I included in my presentation

I have so many great memories of La Casa––working there, leading and attending events, meeting new people all the time, studying (and trying not to fall asleep), and this year virtually seeing the people who make that space what it is. And while it feels like I’m slowly saying goodbye to it––I am no longer a staff member there this year and my Cena happened on the earlier side––I’m choosing to remember those memories, and carry them with me even after I leave Yale.