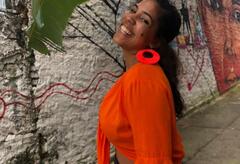 How I Navigated My Double Major 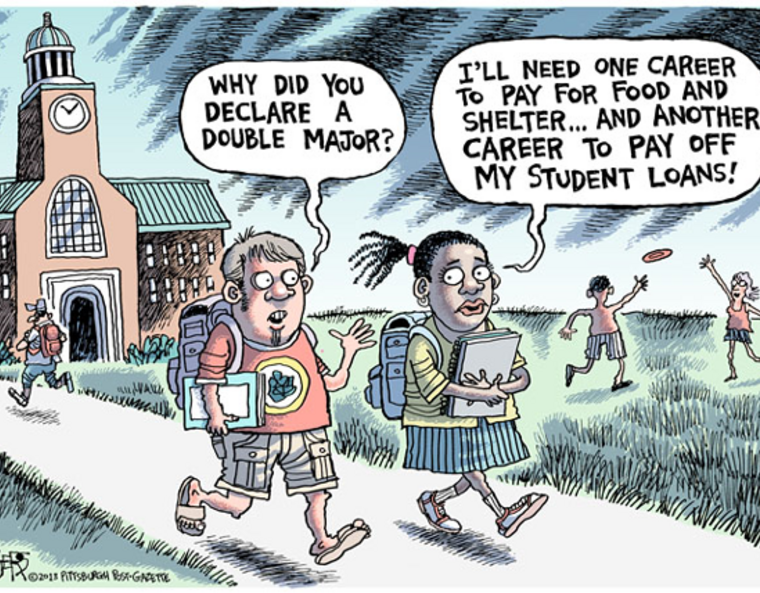 When I came to Yale, I was surprised that there wasn’t the option to have a minor. I thought majors and minors were synonymous to all colleges and universities. But I was wrong! My first year, it didn’t matter as much because I was completely undecided on my major (and honestly, I don’t know many people who had declared their majors that first semester). I had spent four years in a math, science, and engineering high school and realized I wasn’t interested in any of those three fields (to the slight disappointment of my father who is an engineer). I took a variety of classes my first semester making sure to fulfill some of Yale’s distributional requirements. But I was extremely interested in two classes: an English course called “Cosmology and Literature” and an African American studies course called “Race, Class, Gender in the American City.”

At the end of my semester I spoke with my English professor and told him I had no idea what I wanted to do. He encouraged me to look into the English department. He said my writing was really good and it seemed like something I might like––he was right. The following semester I took ENGL 126: English Poetry II, one of the required foundational courses for the major. In high school, English was my favorite subject and I even took the poetry elective two years in a row––that’s how much I loved it. So the more the semester went by, the more I grew to like the idea of majoring in English.

My ENGL 126 class was great: we read a bunch of old poetry and talked about it for 3 hours a week. But I still felt like something was missing. As much as I love books and poetry, the prospect of reading (mostly) white men’s work for some of the foundational courses (and honestly throughout the major) wasn’t as exciting to me. English at Yale is amazing, but it’s not one of the most diverse departments, not in its students or faculty, and really not in its academics until very recent changes to the curriculum in 2016.

I’ve always been called to books about the experiences of people who look like me, other people of color, other women, other Latinx folk. After taking that African American Studies course my first semester, I realized that I wanted to learn about these communities beyond fictional stories. The Race, Class, Gender course really provided an interdisciplinary way to look at how these communities have battled oppressive institutions throughout history. We did everything from reading historical articles, sociological studies to first-person narrative accounts and government documents/reports. It was fascinating, and I wanted to keep learning about people in this way––a way it seemed I couldn’t only through literature. It felt more present.

Sometime after the end of my first year, I declared my intent (online) to pursue a degree in the English department. As soon as I told my parents they asked: “What are you going to do? Become a professor?” No. I knew I didn’t want to teach. And honestly, I wasn’t sure what I wanted to do right out of college (three years later I still don’t)––I was only a first year! I learned first-year that it was more than okay to not have your life planned out at 18. I just knew that I loved literature and deep diving into texts. But I also knew that wasn’t just what I wanted to do––this is where the major/minor dilemma came in. A lot of my sophomore and upperclassmen friends were majoring in Ethnicity, Race, and Migration (ER&M). I wanted to learn more about it, and remembered that the Race, Class, Gender course was cross-listed with ER&M. At the start of sophomore year, I decided to take two English courses and two ER&M courses and test the waters. I took a fifth class as well - a science credit - to fulfill my distributional requirement. In retrospect, it sounds like a lot, but it was a really fun semester. I loved my English foundational courses and my introductional ER&M courses. I wanted to keep learning more about both fields, and I felt that what I couldn’t do in one, I could explore through the other. By the end of the semester, it became clear that I couldn’t part ways with either major, so I began considering a double major.

I devoted that winter break to exploring how feasible it would be to double major. I would need to take at least two courses in each major every semester through sophomore and junior year. That meant I wouldn’t be able to take a lot of random, interesting classes outside of these departments, and that was a tough decision to make. Would I be doing my whole college experience wrong if I didn’t give myself room to explore? Would I be sacrificing the chance to study abroad? How difficult would it be? Even now, looking back as a soon-to-be graduate, it’s hard not to feel that I missed out. But after discussions with my parents, my dean, and my academic advisor I realized there’s no “right way” to go through Yale. Really, it was up to me what I wanted to get out of this experience the most, and if I believed a double major could provide me with the best academic experience, then why not?

So I committed to it, and the following semester, again, I took an equal load of courses under both majors. By the end of sophomore year, I was about halfway through my credits for each major. That summer, I mapped out how many credits I had left/which required courses I needed to take and also realized that going abroad was still feasible- something I knew I wanted to do even before I arrived at Yale. Getting out of the “Yale bubble” and seeing/learning about different parts of the world for an entire four months seemed like an opportunity I would never have again (not true, by the way––there are also summer and post-graduate programs that take place abroad).

For my junior spring, I applied and was accepted to a three-country program! I spent an amazing five weeks in Brazil and one week in Barcelona, and then Covid-19 hit (unfortunately). My time abroad was cut short but I still got to learn about Brazil, Spain, and South Africa through some amazing professors, making some good friends along the way. And better yet: two of my abroad courses counted for my ER&M major! Fast-forward to senior year: I am about to graduate and am pretty much done with both my majors. Actually, it wasn’t until last semester that I officially declared my double-major (it’s a very late deadline).  It was surprising to me that there aren’t many people who’ve double majored with ER&M and English. The first graduated just last year, and in my class two other students are doing it with me. This semester was actually the first time I’ve ever taken a cross-listed course, (which seems silly to me considering you can’t really study things like race or migration without considering the literature and written work on it, but that’s just me).

As I write my very literature-based thesis for ER&M, I realize that double-majoring was the right choice. It provided me with great analytical skills across fields and allowed me to see the intersections between seemingly different people, places, and perspectives. But more importantly, it gave me a chance to make my own path. There is no “right way” to go through Yale, especially in academics. For me, it meant merging my varied interests into an academic path I was truly passionate about. For another person that might mean declaring one major but just taking a bunch of classes in another department they really like. Regardless of what your Yale experience will look like, even beyond academics, it’s important to know that ultimately it’s your decision and you can shape that experience to be what you want. For me, it wasn’t really  whether or not I should double major but about what I wanted. Pursuing what I truly wanted to do is what got me here, and I wouldn’t go back and change a thing.