Bio: Hi! My name is Rhayna Poulin and I am a first-year at Yale who is (probably) studying Psychology. Originally I’m from rural Maine but now I like to think of Morse College as my home. In addition to writing for the admissions office, I work with the Yale Undergraduate Prison Project on the Direct Service and Advocacy teams and I am involved in the theater world at Yale as an Assistant Producer and Assistant Lighting Designer. When I’m not in class, a meeting, or the library, you can find me spending too much money on smoothies, making very intense pro-con lists with my suitemates, diligently updating my Google Calendar, or scooping ice cream in the dining hall (my two years as an ice cream server really paid off). 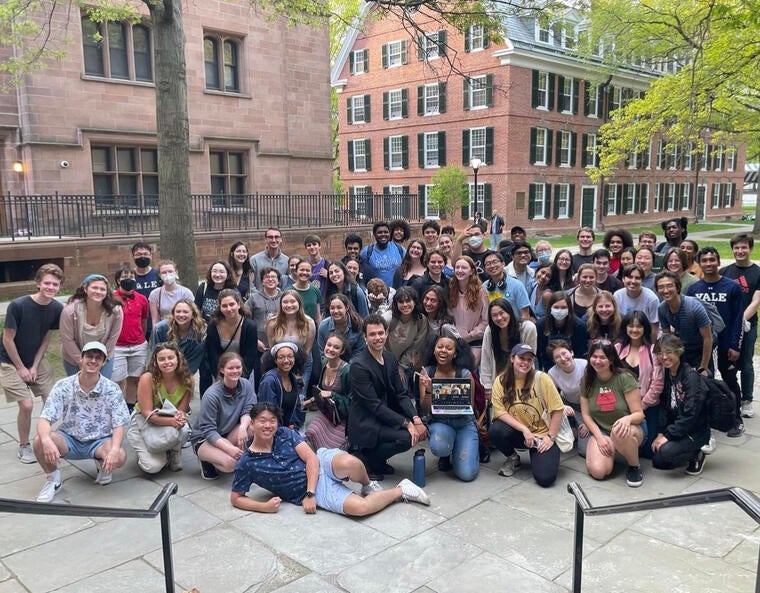 The first few days of are earmarked for load-in, which is when the set is built, lighting and sound equipment are put in place, and costumes are made. Essentially, this means getting the theater ready for the show. My role in this was mostly to set up lighting equipment but I also put up posters around New Haven, met with other members of the team, and attended the designer run which is when the performers show the lighting, sound, costume, and set designers what the show will look like. These first few days are labor-intensive, but they are absolutely necessary for the show. 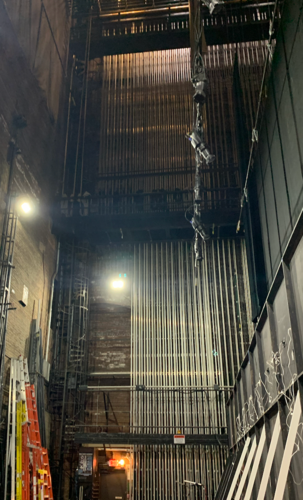 A behind the scenes look at load-in!

The next few days are spent in tech rehearsals, when members of the design teams work out how the show will run. As one of the lighting designers, these days are some of the longest for me. During this time, I spent several hours in the theater every day, meticulously perfecting lighting cues. In a typical Dramat musical, this process would take place over a week, but during Commencement we have only two days to perfect everything. This is certainly one of the most intense parts of the process for me as a designer, but it usually means the performers get a little bit of a break before dress rehearsals begin. 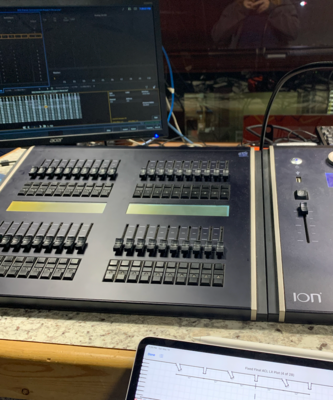 My typical view during tech rehearsal.

This is one of the most fun parts of the process because this is when you really get to see the show come together. Everyday usually begins with designers making fixes, actors reviewing music and choreography, and the tech crews making sure everything is working properly. Then, the main event of the day is a dress rehearsal in which the show is performed exactly as it will happen at the performances. As a designer, I watch all of these rehearsals, taking detailed notes about anything that should be fixed about the lighting before the show is open to the public. 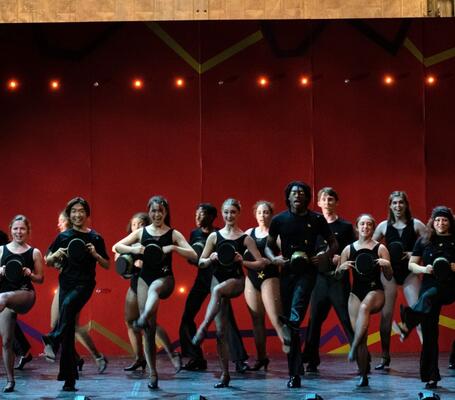 A photo from a dress rehearsal, photo courtesy of James Han.

This is one of the most exciting parts of the process when we get to share our show with the public. As a designer, this time is usually pretty relaxing since my work is done! However, I decided to usher one performance and I even worked as stage manager for the final performance! This is definitely one of the best parts of the process because we can all see the final product that we have been working so hard on. 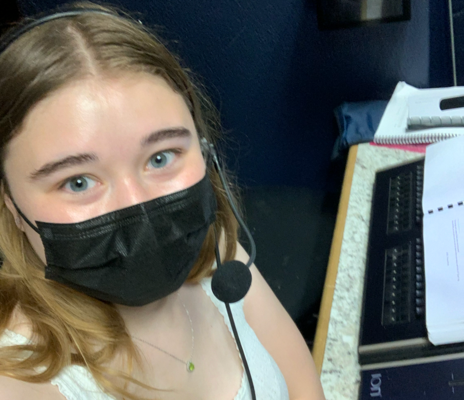 A photo of me when I had to act as the stage manager for the night!

The process doesn’t end at the final performance. After the show ends, we need to strike. This is when we clean the theater, remove all of the equipment, and take down the set; essentially undoing all of the work we did at load in. This is exhausting, but it is super satisfying when it’s done to know that we’ve finished everything and it’s much easier to take everything down than to put everything up.

Working on the Commencement musical was a special experience. A process that typically takes several months is compressed into ten days. Since all the cast and crew live in the same buildings on Old Campus and most of our time is spent at the theater or at Dramat social events, we are surrounded solely by theater people and our sole task is theater. It’s a stark but refreshing contrast to the school year when theater is only one part of our lives. I’m excited to participate again next year; it’s so rewarding and inspiring to see what we are all to pull together in just over a week.