I Went to the World’s Largest Indoor Ropes Course! 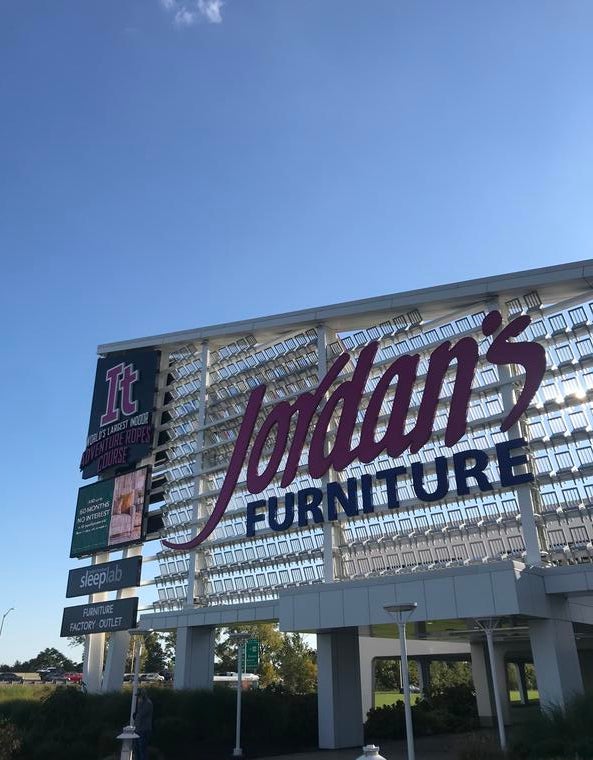 With the start of my final fall semester, I realized I had just one year left to complete (or at least make some good progress on) my Yale bucket list! It’s not just for experiences at Yale, though, but also for activities in New Haven and explorations of the city — so naturally, as a kind of group bonding and collective confrontation of fear, some of my friends and I decided to spend two hours at the It Adventure Ropes Course! 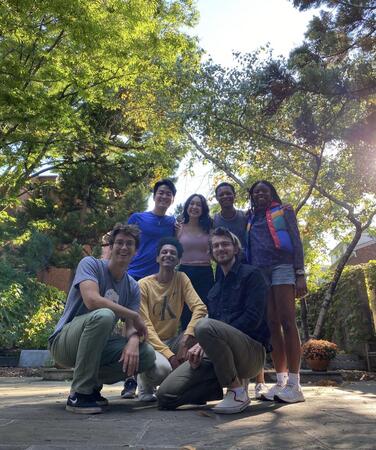 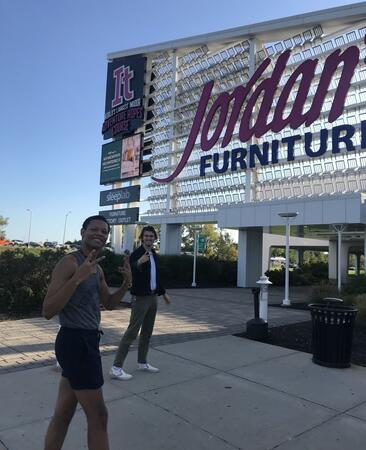 Outside the store, bringing our best “early summer days at a theme park” energy!

Hidden inside Jordan’s Furniture (okay, it’s not “hidden” at all, it’s actually quite well-advertised and easy to find — but a furniture store with a ropes course inside it is still jarring!), which is about a 10 minute Uber ride from campus, It Adventure is the largest indoor ropes course in the world — and it’s right here in New Haven! After a quick series of messages in the group chat, several questions, an immediate surge of terror upon seeing pictures of the courses a little bit of curiosity, some nudging, and finally excitement, we were all set to go!

One thing about me, as an aside: I do Not like heights. This is something that I absolutely never would’ve done on my own, and almost didn’t do even with the company of several other people! But, your Yale friends have ways of pushing you to grow outside of your comfort zone — usually academically or extracurricularly, or in this case, encouraging you to try something uncharacteristic (but potentially, really fun!) 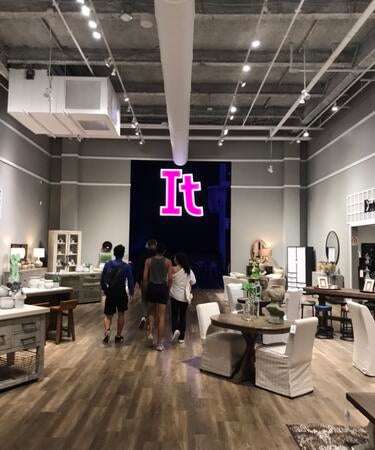 The entrance that leads from the furniture store into the ropes course! 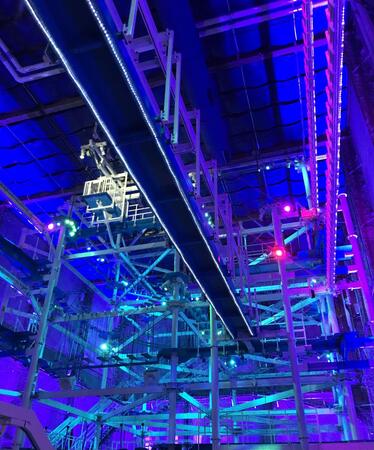 Some of the different obstacles and structures, as seen from below! 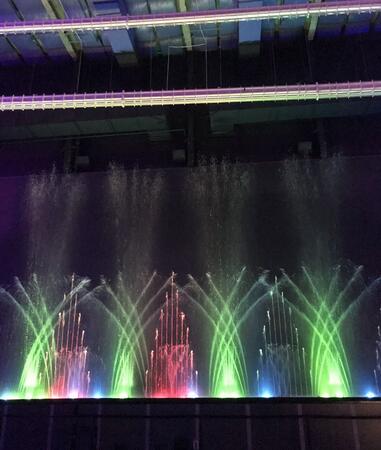 If you want, you can zipline over the jets of water — if you don’t mind getting a little wet though, you can zip from one level lower and go through the water itself, like I did! 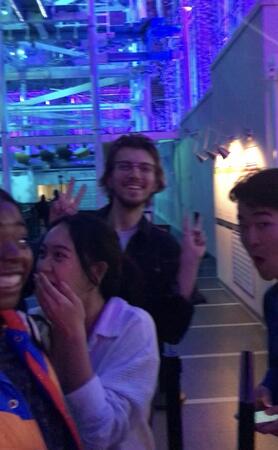 This picture is a lot like a Renaissance painting — the longer you look, the more you see! Think: the Four Horsemen of the Apocalypse, but instead of the apocalypse it’s joy and adrenaline! We were all hyped to get strapped into our harnesses and start navigating the obstacles.

(Fast forward: I did not fall! And even if I had, there was a safety harness. But I did shriek. Perhaps like an ostrich. Only a little bit though.)

If you’re like me, and kind of guessed at what a ropes course is but aren’t 100% sure, here are the vibes: subsection of an amusement park meets Round 2 of “Squid Game” meets “American Ninja Warrior” obstacle course, but it’s all with ropes and primarily tests your balance (and in my case, courage)! Starting off, I had my doubts — what if I fell while I was ziplining and landed directly on top of the Dippin’ Dots vending machine? Would the ice cream stain my clothes? Also, would I be injured? Did I really have it in me to do this?

Ultimately, I did! And even though growth is often uncomfortable, an important insight to remember — for both physical balancing acts and college life — is that feeling uncomfortable isn’t inherently mutually exclusive with having fun! You can be utterly terrified and unabashedly enjoy yourself at the same time.

So over the span of the early evening, we hopscotched across platforms shaped like mushrooms and lemons sliced in half, walked across rickety bridges that swayed under our feet, tightropes, zig-zagging planks, spinning cylinders, and ziplined. With each level up, second to fifth, the obstacles got increasingly difficult — but for every quiver and near-scream, I had my friends going through the same obstacles next to me, which was its own kind of comfort. (And I suppose if you wanted, at the risk of seeming heavy-handed, sentimental, a little corny, but not dishonest, you could find a metaphor for progressing through college in there too.)

“There’s a bungee jump on the highest level.”

“Yeah, no, I am not trying to meet God today so I simply will not be doing that!”

At my peak, though, I was killing it. I felt like an Olympian. I ziplined multiple stories over a fountain and got my legs wet. My feet wobbled and I steadied them. The obstacles tried to defeat me, but they simply couldn’t because I was what? A champion.

It’s like the old saying goes: you feel most alive when your feet begin to tremble on the rope, your stance slipping, and you think Well, if I die right now, at least the fall would look sick as hell because of all the blue lights, and lowkey that visual would EAT as an album cover too, but also, I really don’t want to die, and as you gaze at the floor beneath you, unsettled, y you’re having a silly goofy time with your friends! 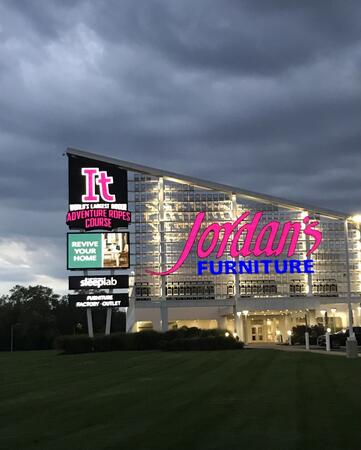 Saying goodbye to the ropes course and the obstacles that may or may not have shaved a few years off my life (or honestly, even added a few?), I felt an ambivalent mix of longing to return and relief to be speeding very, very quickly away from there.

In a way, it was an opportunity to be less like myself as an exercise in becoming a different, even if only slightly more adventurous version of myself — and it was a confirmation that I did indeed have a warm (and gutsy!) community of people surrounding me who were willing to take risks together.

Now, would I do any of that again? Maybe! But definitely not alone. (And next time, with better shoes.)