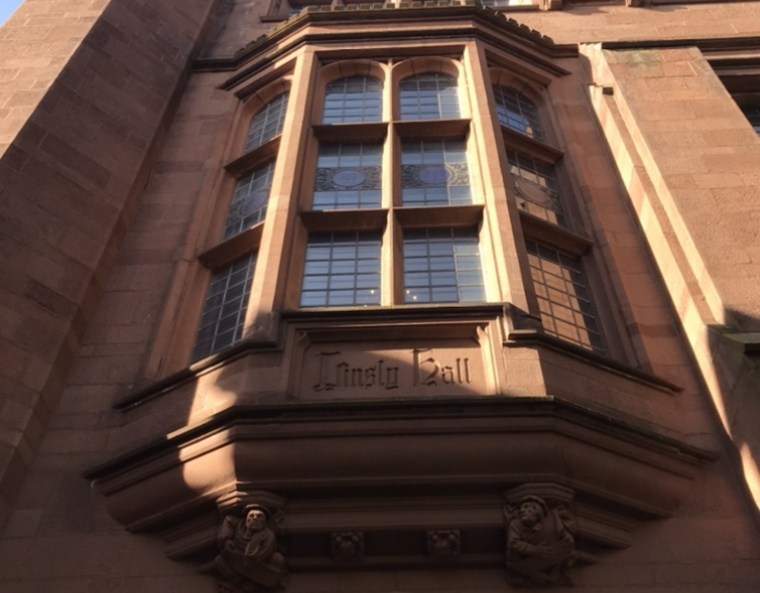 Ferris Bueller really did say it best: “Life moves pretty fast. If you don’t stop and look around once in a while, you could miss it.”

As I’ve traversed campus — on my easy strolls, my frantic speedwalks, my graceless sprints to class — over the course of my three busy years here, I worry that I’ve spent too much time walking with my head down. Yale, with its sunlit towers, ornate stonework, mansions remodeled into classrooms — with its architecture that feels like it could sit seamlessly next to a place like Hogwarts — is hardly a campus to go unnoticed. And yet I wonder how much of campus I’ve just looked at, and how much I’ve truly seen. What have I, and will I miss during last years here? When I leave, will I still remember all this beauty?

More than just its courses, its people, its emotional atmosphere, its promises and its realities, college is also a physical place you have to live in for four years. Entering my first year, I knew I didn’t want Yale to just happen to me: I wanted to experience it, actively and presently. And though I haven’t taken in and seen all that my younger self imagined I would have by now, this past week, I tried to make little but conscious efforts to amend that. Rather than dwelling on what has gone unwitnessed during my time here, I held on to a few small and encouraging reminders: notice details! Notice strangeness! Notice beauty! Live vividly, and live now!

Here’s some of previously unnoticed and unabsorbed sights that I encountered! 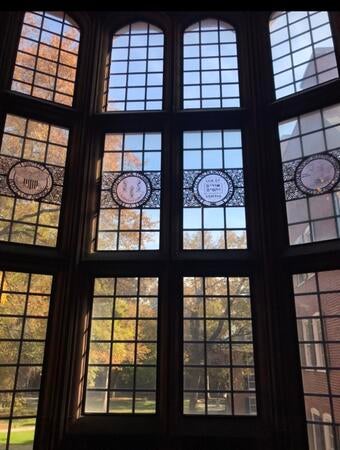 Some of the stained glass windows inside Linsly-Chittenden hall, which holds lots of humanities classes and looks out over Old Campus! I’ve walked past them hundreds of times, but didn’t take enough time to truly see them until now! 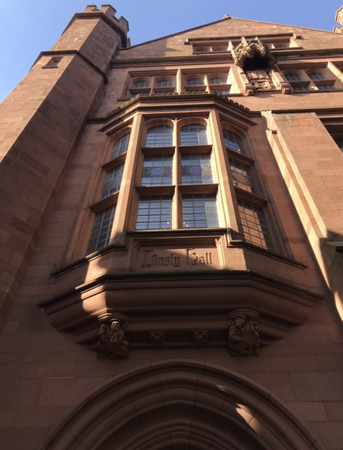 Right above the main entrance to LC! Most of Yale’s buildings have a convenient, sleek blue sign at eye level denoting the name of each building. It occurred to me, though, that previous classes of students might’ve once looked up to the names etched in stone, too. 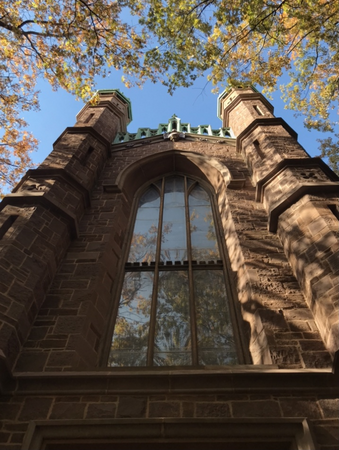 Dwight Hall, which houses a number of public service programs and organizations at Yale! 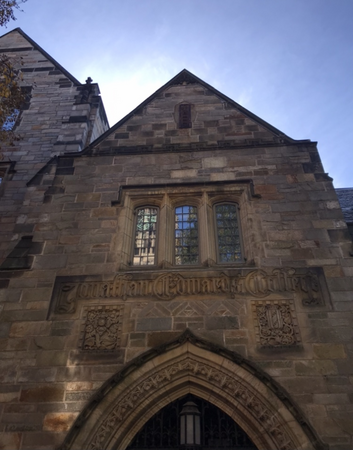 The front of Jonathan Edwards college, or JE as most students call it! 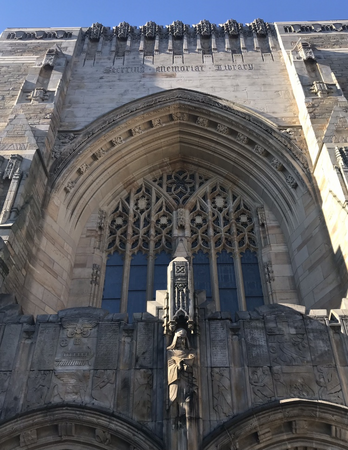 Sterling Library! Like LC, I hadn’t noticed there was a carved name high, high up along the face of the building until recently, or taken many close looks at the statues, text, or designs. 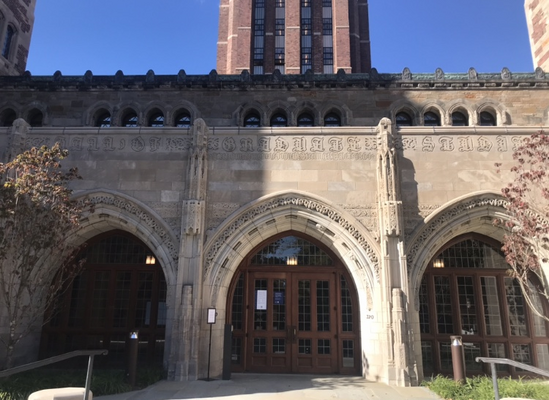 In many cases, the stone remembers what has been changed around it. The Humanities Quadrangle, formerly known as the Hall of Graduate Studies, still bears its old title in etched letters. 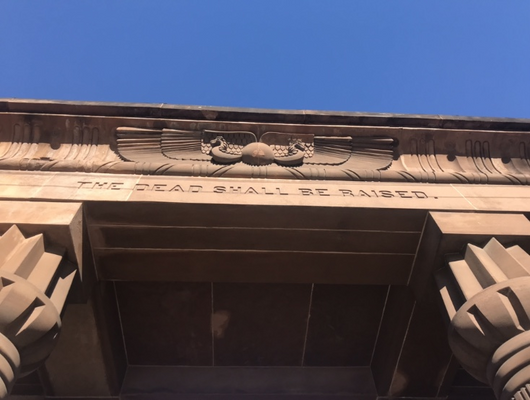 While not a Yale building, Grove St. Cemetery is nestled near the center of campus, and known for the ominous (or perhaps hopeful, depending on how you read it) five words carved in its archway. 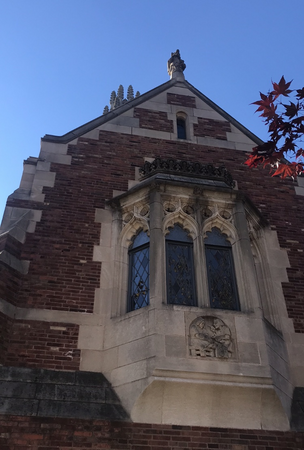 A stonework scene from one of Berkeley college’s windows! 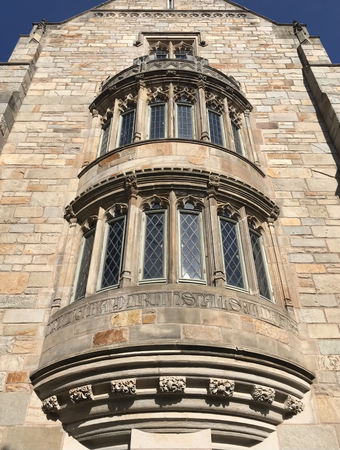 The outward side of one of Branford’s dorm rooms, with the inscribed caption that reads: “my light and truth shall set me free.” 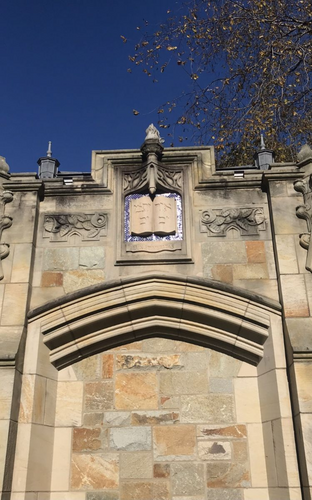 Yale’s coat of arms, near one of the entrances to Bass Library! 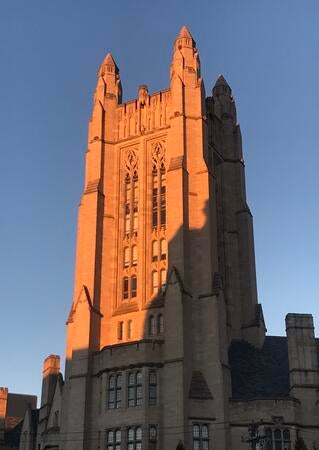 SSS, or Sheffield-Sterling-Strathcona Hall, awash in a warm gold light before sunset.