I Brought my Mom to a Zoom Class! 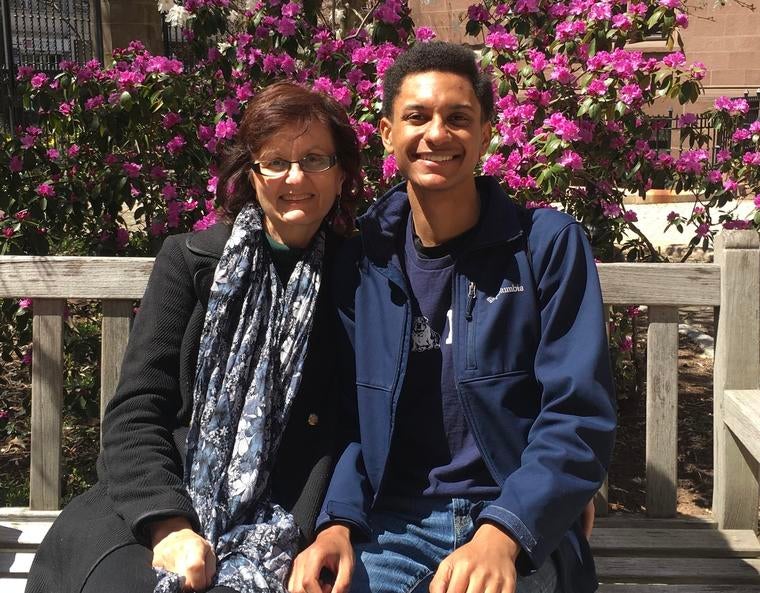 “This is a bit of a strange request, but can my mom say hi to the class?”

When I described her for the first of three times in an essay, my professor and classmates in my Writing About Place class mentioned that they wished they could meet my mom. With her being in Colorado and the rest of us being in Connecticut, that was an unlikely if not impossible notion in early February. But a few essays and several weeks later, my mom popped into our class’ final Zoom call to say hi to everyone so they could put a face to the person they’d read about for story after story. It was a bit of a departure from little-Logan shooing her away from sidewalk so he could feel slightly more grown when she dropped him off at school. But, all of my classmates greeted her with wide, bright smiles and excited waves when she apparated into the frame, so we’ll call it a totally wholesome and 100% non-embarrassing interaction — one of the silver linings of classes being online.

When I first heard about the transition to online classes, I was worried and hesitant, to say the least. How would I access library research materials? What if my internet connection decided to be rebellious at inconvenient times? My professors worked out the logistical issues in time, but I still wondered if I was missing out on some intangible, previously unnoticed quality of having in-person classes. 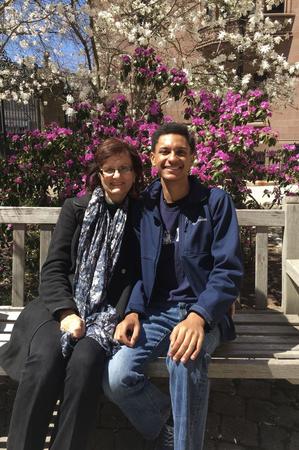 Me as a prefrosh sitting on a bench in the Vandy Courtyard with my mom! 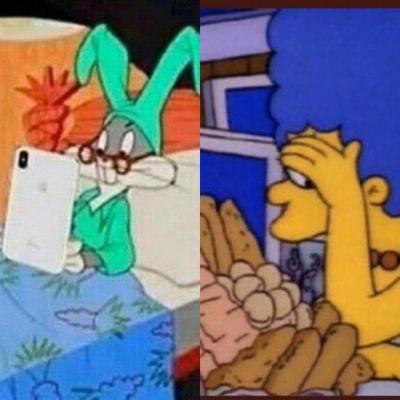 Two (of many) moods of Zoom classes: 1) comfortable, excited to finally talk to someone else again 2) not wanting to be perceived at all, reluctant to click “Start Video” when class begins.

Ultimately, though, Zoom classes provided us (literal) windows into each other’s worlds: my mom hugging me while she said hi mid-class, my old Webkinz dog occasionally sneaking into the frame when I tilted my laptop too far to the right, the bookcases one of my professors sat in front of to make her background feel more scholarly, someone’s dad coming to check if the WiFi was working, (multiple and equally wholesome) visits from someone’s cat, the sounds of dogs or songbirds in the background. Deliberately and accidentally, I got to know the people I shared my (digital) classrooms with better, in little and precious ways. We became generous with each other in ways we might not have in different circumstances. As much as I missed all the hallmarks of the Yale I’d lived in and come to know - the towering and ornate architecture, the sheer coolness of feeling like your class is being held in a castle, bumping into friends on the way to class - the people who made those hallmarks so special were still here.

Most classes started off with some sort of check-in — each of us sharing the best and worst parts of our weeks — me mentioning how my sister’s ears were too small for her face mask, so hers was constantly slipping off, while my face mask bent my ears forward so that I looked like an elf. My bioethics professor started beginning his lectures with jokes or short skits or by showing us an enormous, somewhat unidentifiable, but incredibly adorable stuffed animal he had named Astrid. Some of my literature classes would start with my professor playing old blues music. Both out of genuine concern, but also out of a new sort of unspoken longing and perhaps loneliness, we all became more invested in even the smallest details and changes in each other’s lives — all of us looking for new, small ways to care and create a sense of community in the hopes that it would bring some normality back to us. At times, online classes were strangely more personal than, well, in-person classes — and I felt as if I got to know my peers better than I would’ve during a regular semester.

Some days did and do feel like a strange parallel reality — but in all these uncertain turns of events that often feel like fiction, I remember that this is also the timeline where I got to know my peers more as people and not just students, where I wrote about my family in essays so much that I accidentally made my mom a popular figure, where my professors and classmates and I all softened slightly in each other’s presence, and the classroom, despite its lack of physical space, became just a bit warmer.