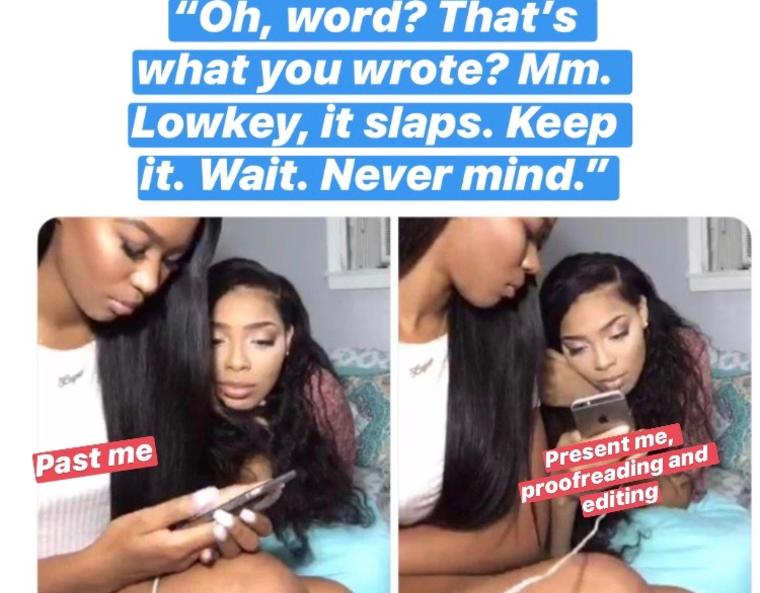 “You good? Need some help carrying that?”

I trundled through the Silliman courtyard, carrying a pillow, a coat, two hoodies, and a lonely, frantically wind-wavered piece of 8x11 paper, awkwardly half-nodding at anyone walking by who stared at me in startled confusion. My juggled armful of props was for my theater seminar’s group autobiogaphy project — or a 15-20 minute performance in which me and two classmates acted out key moments from our lives in vignettes. When we first realized what the moon was. Pillow fights. Dancing in the rain with our siblings. Writing our Common App essays. Opening our admissions decisions. As I printed out my common app essay and waded through it for the first time in months, performed parts of it, wove through each sentence, and caught myself smiling occasionally, I realized it had been a long, thorough, and winding process, in many ways difficult and trying, but also curiously fun. Had anyone asked me to write about myself and my life in such condensed detail before? The application process had felt uncertain and often nervewracking — but also tinged with moments I enjoyed, that allowed me to look back on what had brought me to that point. 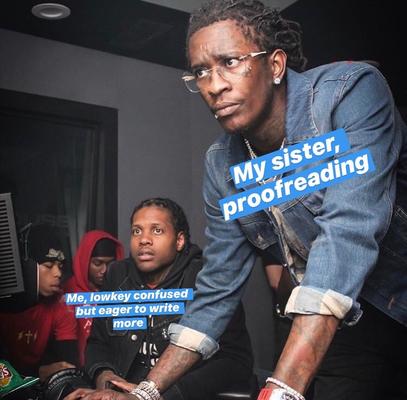 Have you ever finished an assignment, stared at it for hours on end, known its relatively complete, but don’t submit it just yet? 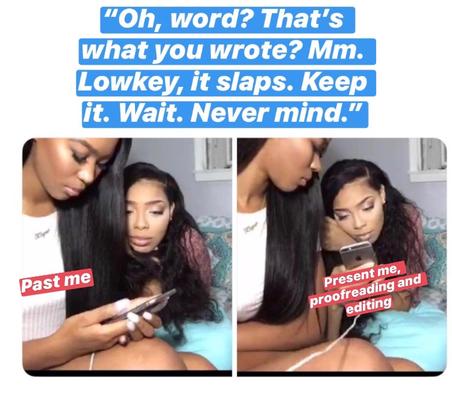 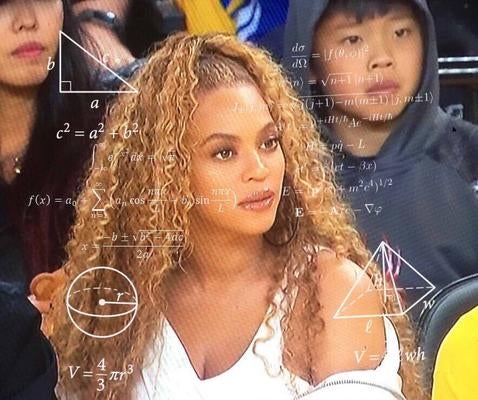 Me, my senior year of high school, editing my essay, figuring out how to shape it into its final form.

Leading up to the deadline. I’d heard of applicants who’d written about pizza or mowing the lawn — but also of applicants who penned seemingly epic, lyrical stories that encapsulated the scope of their life experiences. I wasn’t sure which route to take, or if thinking of the two in separate categories was a false dichotomy. Each idea I had seemed daunting, intimidating, and difficult to begin. What should my topic be? Could I write about The Incredibles? Talk about how Frozone was one of the few black superheroes I had growing up? Devise some impressive, gilded, overarching metaphor? Stop doing mental gymnastics while trying to pick a topic?

As I sifted through different ideas, I rewrote my common app essay four times. Gradually, with each draft, I found myself having more and more fun with my writing, and in turn, felt like my writing sounded increasingly like me. This is not to say I had to draft that many versions — the fourth draft just happened to be the one I had the most fun with (and felt the most comfortable about.) Would the person reading my application appreciate my Boyz II Men reference? Know what a poetry slam was? Be able to find the country my father emigrated from on a map? Maybe, or maybe not — but identifying what I wanted Yale to know about me most, and the ease of writing, came more readily the less I anticipated what the reader’s response would be to my story.

When my Yale interviewer asked me where I saw myself, and who I wanted to be 10 years after graduating from college — and told him I wanted to be Oprah. Other coffee shop customers in the coffee shop tossed a few curious glances our way when we erupted into uproarious laughter, genuine but still fueled by shocked surprise. Still, I’d meant it. He asked me about what I was interested in outside of school, and I geeked out about contemporary black poets. Going back and forth during a tangent about Teach For America? Protests? The unexpectedly significant impact of the Oprah Winfrey show on my childhood? The interview flowed more like a natural, intriguing conversation rather than an austere questionnaire with “correct” and “incorrect” answers. In the best way, it was not at all as I’d imagined it would be.

To prospective applicants for the class of 2024 — remember to have fun as you write! As much as I felt overwhelmed by college applications the fall of my senior year, I was also excited — with each keystroke, my fingers were tingling nervously and giddily. Had I ever professed my deep appreciation for Frozone’s “where’s my super suit” scene? No (I think?) but someone thousands of miles away was going to learn about it for the first time! As you write, let everything - the excitable chaos of senior year, the jittery hope, the unexpected quirks - seep into and color your words. Be unabashed! You may find threads of truth unspooling as you allow yourself to relax.