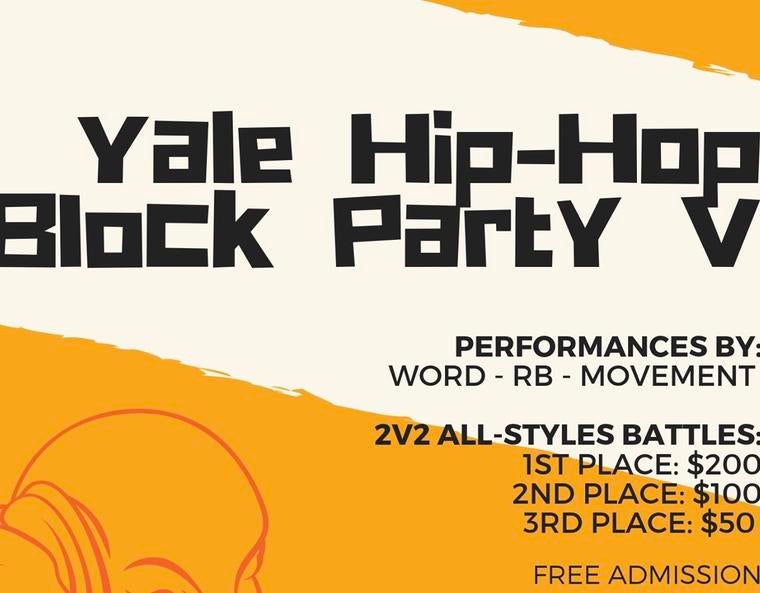 “But me and mine gonna wind our spines like vines on a trellis, watch my friends flex furious and we know that you jealous!”

After I’d put the finishing touches on my poem, decided I didn’t like those, and then rewrote them an hour before the show, I was ready to open for one the most hype, high energy events of the year — the 5th Hip-Hop Block Party! It was like euphoria and the rush of adrenaline combined, and then personified into one breathless performance showcase-competition. Initiated by Yale students in the fall of 2016, the Block Party leads with spoken word groups (like mine!) as well as stepping teams and hip-hop dance groups on campus, before unfolding into the rest of the night’s more explosive festivities. My poem somehow covered dancing to Megan Thee Stallion and Lil Wayne at a party, dancing on sidewalks with a few good friends and a speaker, and dancing at rallies and protests in three minutes — don’t ask me how I did it, because I only retained freckles of memory, it was a fever dream blitz of a performance.

Though it wasn’t the first I’d heard of it, it was my first time attending it — and knowing that there was an event paying homage to the history of so many dance forms felt like an ode to how music is constantly living in and around us. Hosted in the E-Room (short for the aptly-named Enormous Room) of the Afro-American Cultural Center and open to the public, the party culminates with pairs of dancers from across Connecticut (and beyond! I swear I heard that someone from UPenn came to compete) battling tournament-style for the top spot title — and some prize money, too. After all the openers had finished, the judges, comprised of three local and accomplished dancers, coolly and nimbly assembled in a row to observe the night’s competition. Yet, there was no tension in the air, just a choral atmosphere of excited joy that oscillated between roar and anticipating murmur. 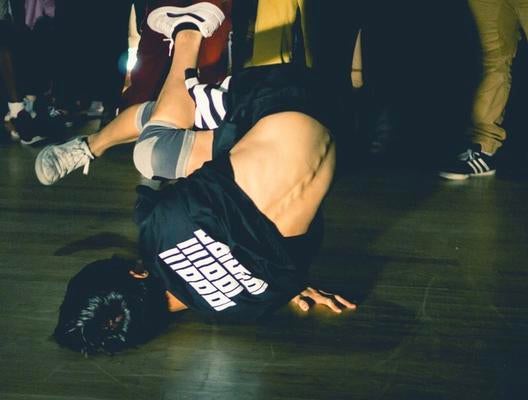 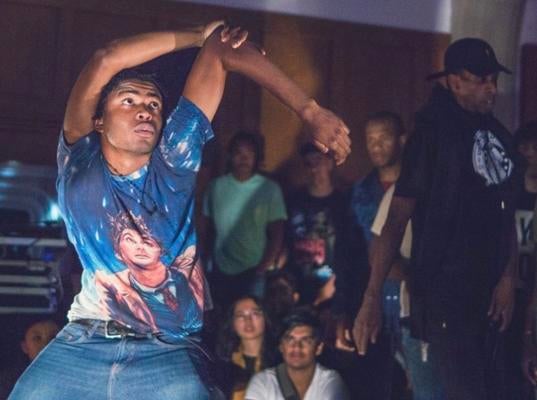 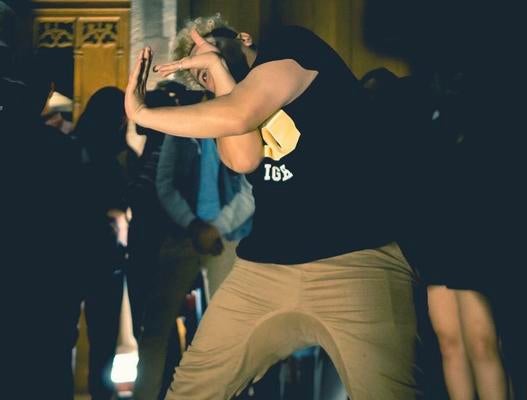 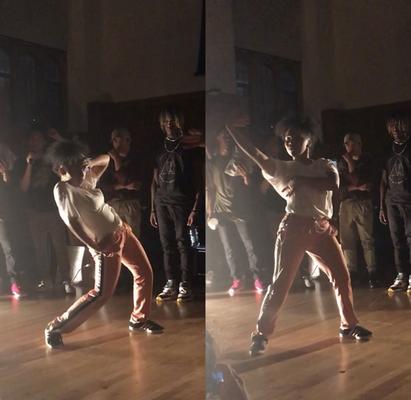 One of the dancers, leaving it all on the floor!

One of the judges noted that “dancing is like a conversation -  how do you say hello?” And the competitors wasted no movements while introducing themselves. At the start of each battle, the judges spun a water bottle on the floor, and whichever team it finally pointed to started the match. As the battles commenced, dancers twisted, whirled, leapt, and plummeted with rollercoaster spines and rubberband limbs. Any style, any technique, any move you can think of? It was there. Popping. Voguing. Contortion. Death drops. Duck walks. Splits on the ground. Splits mid-air. Headspins. More than a few moves I couldn’t name, but looked like they required so much flexibility that I could only conclude that the dancers’ bones were made of incredibly strong and limber gummy worms? Everything.

The music was no different too — Kendrick Lamar? Bobby Shmurda? Cardi B? A self-produced track? Evanescence? A remix of the Boondocks theme? The DJ was at the height of his power, accelerating the pulse of the party into an exponential arrhythmia. Every joint-stretching, energized dance move or change in the beat was met with a wave of exclamations. You know those events where almost everyone is sitting down, but still turning up in their seats? That was the party — movement was infectious there.

The tournament bracket for the 2 vs 2 dance battles, eventually won by lady nrg and poptart! 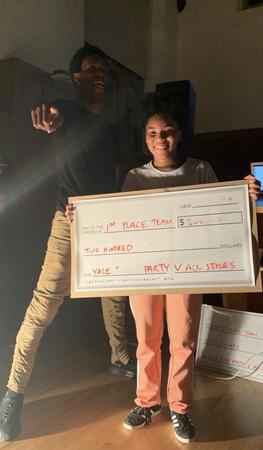 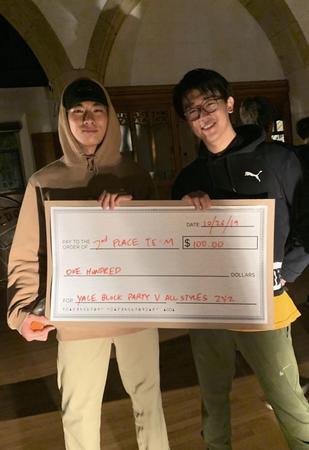 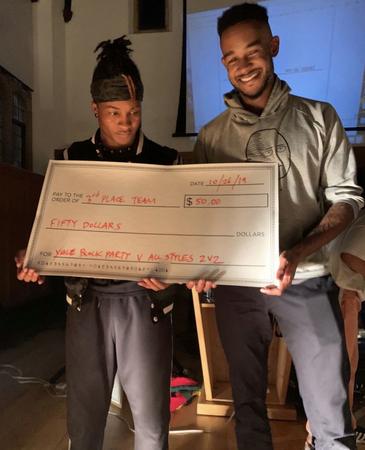 The champions, runner-ups, and third place winners, each posing with their prize money!

Organized and facilitated by two Yale seniors, in collaboration with the AfAm House and its resident groups, the block party proceeded from prelims to quarterfinals to semifinals to finals, with dancers encouraged to bring out new freestyle moves at each rung. After three hours of exhausting but exhilarating rounds, the top 3 teams were crowned and given their prize money (huge checks! It’s just like a game show, sort of!) to take home.

Even though the block party will make a semesterly return in the spring, I found myself disappointed as what was actually a long night felt like it ended abruptly. It was gripping, not only to see so much talent and be steeped in so much awe in one night (imagine if I could dance like they did when Stir Fry or Truth Hurts plays at a party? I would be unstoppable) — but also to know that the possibility to organize something like it existed. All around us was a community oozing with bubbling laughter and passion and pure hype, a convergence of people from across the state celebrating a culture I’d not often seen celebrated. With twists and stomps and pops and questionable remixes of the opening song from The Lion King — each performer’s dance move was a different introduction, a hello that energized the audience, and left us eager to make their acquaintance again soon.