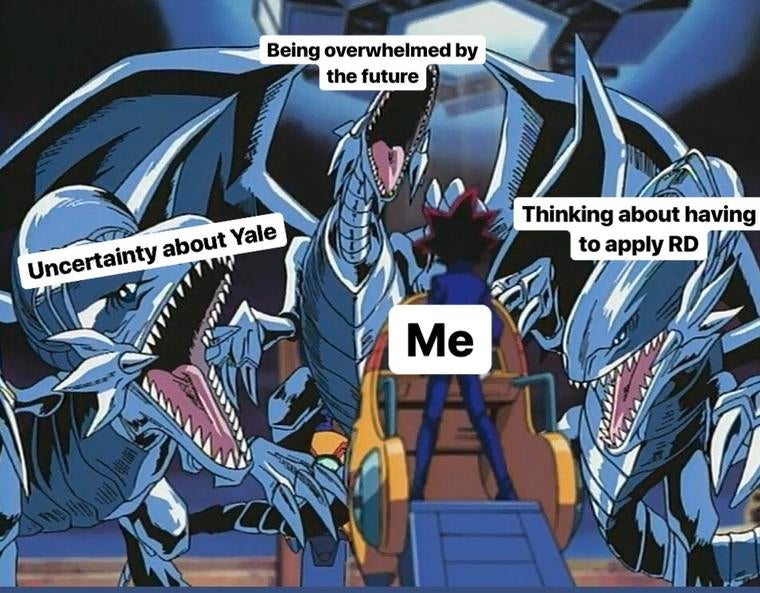 Around this time last year, my friends were still reeling from the news of their acceptances, deciding between their various options or diving head first into any and all Yale first-year information they could find. Anxieties, excitement, and tensions were all skyrocketing as we chose where we’d spend the next four years. I, however, had known I was going to Yale for a few months — I was admitted Early Action and committed on January 1st. I’d only visited Yale once before in September. I accepted my offer of admission before I received my financial aid letter. In hindsight, committing was a bold, risky leap of faith. 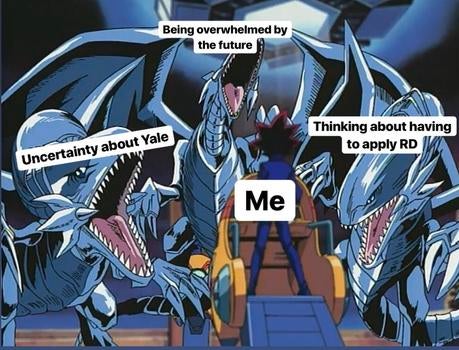 This is a portrait of me during my senior year of high school!

As a senior, I was drawn to many of the same Yale features that other admits were — the architecture, the residential colleges, the latent Hogwarts vibe, the allure of the Ivy League, the friendliness and genuineness of the students. I heard and experienced the common but true story of being lost and encountering a Yalie who kindly guided me to my destination.

Being accepted into an Ivy League was also unprecedented in my family, who emphasized the importance of education growing up; the idea of not choosing Yale almost felt like looking a gift horse in the mouth, given the history of sacrifice I’d been made aware of. Still, even beyond Yale’s more conspicuous, popular aspects, and the sense of responsibility to attend a university like it, there was an unspoken quality about it that drove me to commit so early. 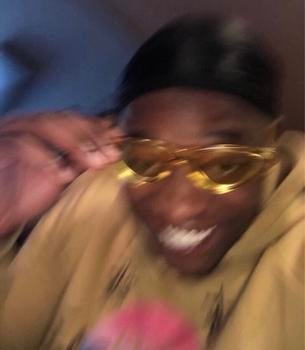 Me hastily committing to Yale, circa January 2018, oil on canvas.

Looking back, some of the affirmations I heard from Yalies initially sounded a bit corny or immaterial — but they were also honest and authentic. For all of Yale’s most visible charms, there was also an untameable undercurrent of collective happiness that seemed to swallow up the whole university. There would be stress, and challenges, and I’d falter and doubt myself at times — but I’d have a resilient community to fall back on. Yale offered homes rather than a home — multitudes of families, of groups, of people I could write and belly laugh and race down sidewalks with. People who would help me grow and hold me accountable and be there to lean on. Even now, there are so many spaces on campus that I cherish: places where my blackness and passion for performance and writing is centered like my theater and performance poetry groups, places where I can relax and decompress like my residential college, or even fleeting interactions with friends and professors. Yale’s home felt like something I couldn’t pin down and define completely — and I liked that. 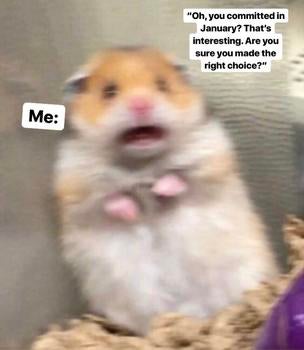 I remember sitting in the Acorn (Silliman’s coffee shop) with one of my sister’s friends who attended Yale, watching one of the WORD poets read during the Bulldog Days open mic. The event was a short breath of calm amidst the enthusiastic rush that encapsulates all three days.

“I think you and the guy who read the love poem are gonna be good friends!”

And, serendipitiously enough, we are. In that moment, though, in the lull of quiet amidst an otherwise simultaneously exciting yet nervewracking time, I had an intuitive, reassuring feeling that Yale was going to work out. 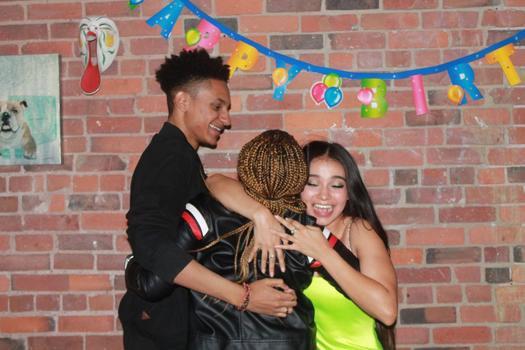 If I had to use one picture to descirbe my first year at Yale, it would be this one.

I don’t know how to explain and articulate all of my Yale experiences. I don’t know how to solidify them all into words. Maybe they’re best left like that —like a glowing halo of memories that could only ever be relived in the mind’s eye. Tired heads rested on shoulders. Surprise Christmas presents in coffee shops. Late night ramen dinners. The piggyback rides. Sharing umbrellas in the rain. Apple picking. Laying in hammocks at 3 a.m. eating potato cones and spilling ketchup.

To the admitted students of 2023: this decisions season, you’ll have to take some risks. You may be absolutely sure of your decision. You may have doubts. You may have an “Acorn” moment, or not. It can be hard to find your people or determine if Yale is a good fit for you in one day, or three, or through a few interactions. So think about where you feel most at home. Where you feel most celebrated. Where you feel most welcome. Take at least one moment to be submerged in the lull, envision a glimpse of what’s next, and trust yourself.