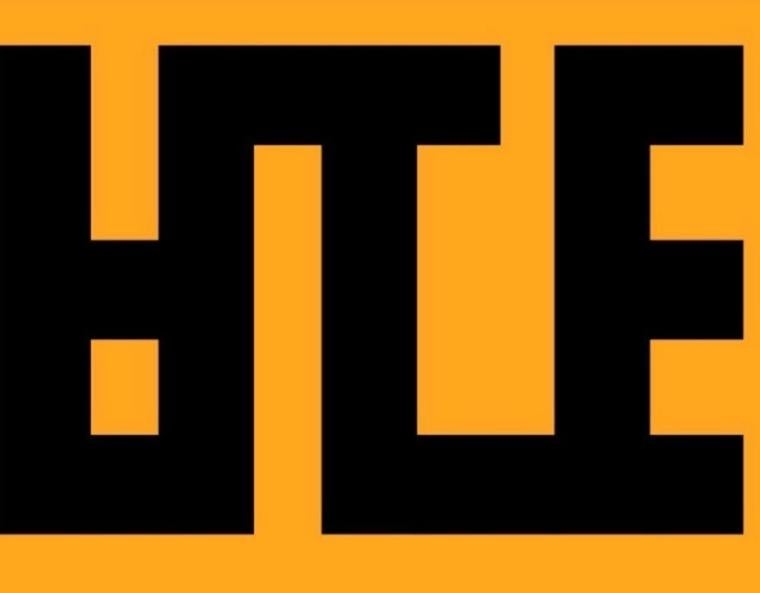 Late at night, in the AfAm House, 17 members of the Heritage Theater Ensemble (founded by the Angela Bassett! I still can’t get over that!) wracked their brains for absolutely anything and everything that could be molded into a firm idea. I’d chugged a truly unwise amount of sweet tea earlier in the day, and my fingers slowed from a frantic rush of notetaking to a sluggish one-handed keyboard pluck as the sugar rush wore off. 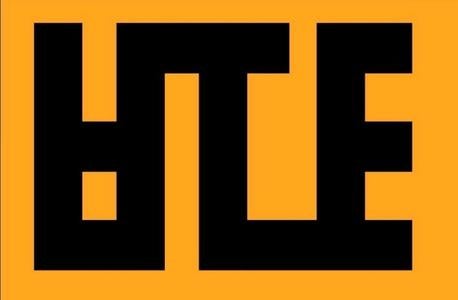 The HTE logo! If you squint at it and crane your neck a little bit, it spells both “HTE” and “YALE.”

“You know, diamonds are made under pressure.”

We’d been commissioned by an alumna to write a short play that tackled three questions: what stories do we have to tell about ourselves to allow us access into elite spaces, how do those conflict with our own reality/experience of who we are, and what psychological discrepancies form when we have to perform a mask in order to get a seat at the table?

There was a lot to unpack, undoubtedly, but there was a catch — we only had a couple weeks to form our response. Hence, we began our 12 hour, 9am-9pm, playwriting and group bonding marathon on a Friday night. At one point during the lock-in, I was so tired that I thought my laptop was a mirage, and that nothing I was typing was real (but it was worth it, and the games and creative collaboration were very memorable!) 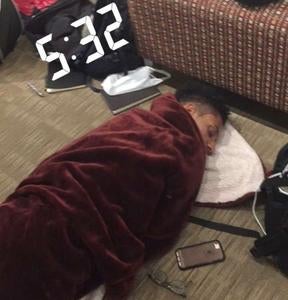 Napping! Or sleeping? Some of us (not me!) made it as far as 7, which is both frightening and impressive.

Our ideas manifested in a plethora of forms. A girl spoke to a mirror image of herself as she completed the Common App, answering its questions, until the person she constructed gradually spoke more and more, replacing her original voice entirely. Three aliens waited to be given their wings so they could explore the upper bounds of their planet and the universe. A teacher and a businesswoman who had recently died had to make a pitch for when, how, and if, they should proceed into the afterlife. It was a mix of concrete and abstract concepts, all hauntingly practiced with choreography we’d either improvised on the spot or practiced lightly before. If nothing else, I gained a newfound appreciation for how formative theater can be (and how talented all of my friends are!)

There were also fun moments — a dance circle (which doubled as both a game to jolt us all awake and improvised image theater brainstorming), presenting our ideas, and the comforting thunder of laughter that seemed to populate all of our discussions. Yet, there was a lingering specter that hung in the background, one we all acknowledged but proved difficult to address head-on in writing.

A little over a year ago, I committed to Yale; my choice was confirmed and locked in. Calling the first few weeks after Early Admission results euphoric would be an understatement: I celebrated getting into my dream school, I smiled until my face physically hurt, and my father called every conceivable relative to flex on them. Still, I wondered if it’d come at a cost.

I realized that the most cohesive story my future home had heard about me was only 650 words. I’d talked about my accomplishments, and about some of the formative yet still difficult moments in my life — but was the act of reliving all of that justified? How much was authentic and how much was performative? Had my classmates and I mined our pasts for experiences to write about, or had we been genuine and honest? Were the two mutually exclusive?

After you’ve had a couple months to bask in the glow of being admitted (as you should!), excitedly overshare a little bit too much in your admitted class GroupMe, and perhaps even humbly (or, not so humbly) announce your final college choice with a wittily-captioned Instagram post (I quoted ICY GRL by Saweetie in mine, “My dream is like a child and I’m taking all the custody”), you may find yourself asking the question that rings in the minds of plenty of Yalies: what got me in?

Despite knowing that it’s a holistic process, I’ve had more than a couple midnight existential crises with my suitemates, all of us solemnly wondering if we had a “ladder”: or a “special talent,” if you will, that “got us in.” I don’t have the answers to my own questions, but I believe that, like myself, the reason I’m here at Yale is complicated, but certainly not one-dimensional. To the ‘23 admits, whether you’ve had your first bouts with imposter syndrome or not, are committed to a college or undecided: you’re worthy, qualified, and the place where you stand is defined by more than the Common App.