Let the Water Run Over 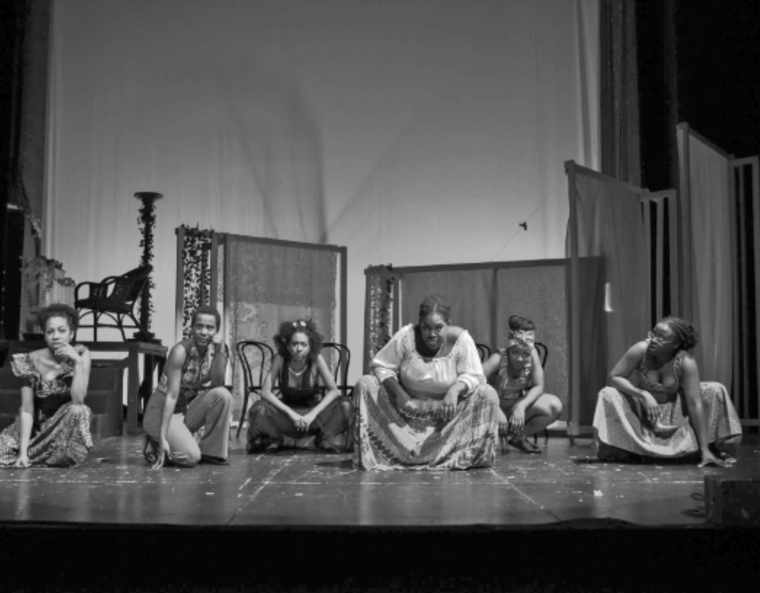 My friend Ihea (yes, the same one who created the infamous “fry ball”) once told me “I always ride for my fellow TD’ers.” When one of our own got cast in and another became assistant director of Filling Basins - a play produced by the Yale Dramat in partnership with Yale’s Heritage Theater Ensemble - there was no question that the rest of us were coming to watch. Written by a.k. Payne ‘19, it followed six black washerwomen in post-emancipation Georgia as they decided to strike for higher wages. Combining intricate choreography and haunting lighting, watching it was a powerfully chilling experience.

“Cleo! That was amazing! Angela Bassett who?” 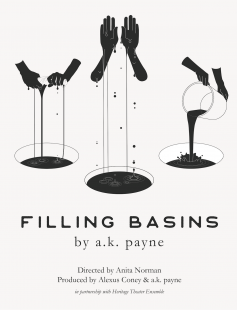 In high school, I withdrew from drama and theater, and instead pursued other forms of acting. I wanted to be involved with art that used its platform to make a meaningful social statement. I didn’t see much impactful student-produced art, especially art that created opportunties for actors of color.

“Wow. That show fried my brain… But in a good way!”

Even during a couple of the serious scenes, I couldn’t help but grin. Filling Basins was a magically, potently woven tale of resistance and revolution. But it also felt like a celebration. It was the kind of show I wish I’d seen in high school. TD first-years showed up in droves to celebrate the story Cleo had told. PLs (peer liaisons) from the AfAm House brought first-years to celebrate what a.k. Payne had produced. As much as I was steeped in a message of pain, memory, and joy, the beauty of the production and the fact that it existed at all was affirming. 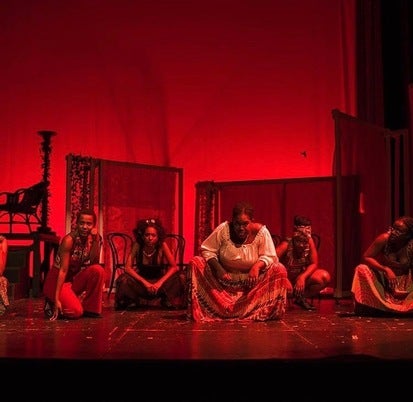 5/6 of the cast of Filling Basins, lit in red. TD first-year Cleopatra Mavhunga is second from the right.

Filling Basins made me soften my preconceived notions about student-produced theater. Rather than being something inaccessible and lofty, it could be purposeful. Its glowing reception says as much about its importance in the community as it does about the play itself. And of course, the fact that multiple TD’ers brought it to life was a great source of residential college pride. After the show, my friends and I tried our best to express what Filling Basins meant to us, and its visceral effect. I think Cleo was the only one who got close:

“Let’s continue to fill basins and let the water run over.”