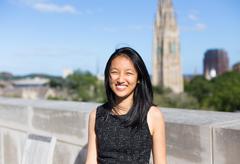 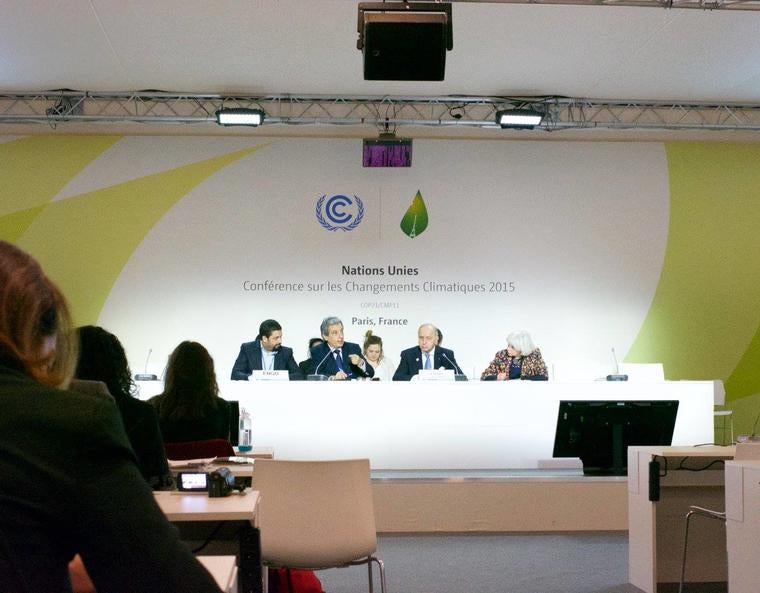 Throughout the year at Yale, we have discussed progress and implications for SDGs and the climate agreement not only in classes, but also through events, speakers, and dinner table conversations. Nevertheless, nothing is as exciting as attending COP21 in person. In fact, over sixty Yale students, faculty, and alum attended COP21 in various capacities. Two of my friends Amanda ’18 and Riddhima ’18 attended the conference recently, and I got a chance to interview them about their experience. Only at Yale are there so many opportunities to participate first-hand in significant world events. 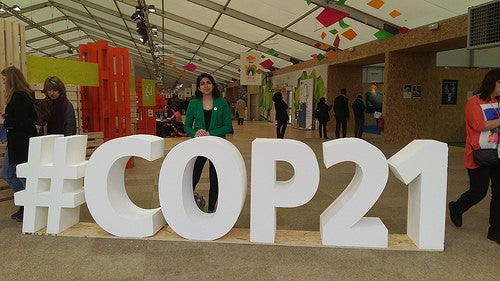 Tell us a little more about yourself! How did you become interested in issues relating to climate change?

Amanda: I’m interested in climate change and the environment because I consider myself foremost to be a citizen of the planet. Although I can’t pinpoint when the interest began or justify it in rational terms, from a very young age, I’ve felt a connection to the animals, trees, and nature around me. I believe every person and being is connected through this medium of our shared planet, and I want to do everything I can to protect and appreciate it in its entirety.

Riddhima: My involvement with environmental issues started when I was quite young actually. From raising awareness about local environmental issues, my interests transitioned toward environmental policy and economics. Before I started at Yale, I had developed a strong inclination toward multilateral environmental negotiations. You could call it a macro approach to climate change, I suppose. But I suddenly found myself interested in seeing how we could use market forces as well as diplomacy to tackle a transnational issue like climate change.

How did you get involved with COP21?

Amanda: I got involved with COP21 and Yale Student Environmental Coalition after responding to a Facebook post calling for someone to represent the organization at the conference. I applied, even though I hadn’t been actively involved in YSEC before, and I was lucky enough to be chosen. My story goes to show that if you have the passion and willingness to get involved with a group or cause, you can — even if you’re just a beginner!

Riddhima: I have been tracking the UN Climate talks for sometime now and even if I’m personally not able to attend some of the meetings, I keep abreast about the texts and working documents that are being discussed. Nowadays, everything is available online! As a digital generation, we need to leverage and utilize these resources! So, regarding COP21, I took a class at the Yale School of Forestry and Environmental Studies and many students (in different capacities and through different initiatives) were going to Paris. That’s how I ended up going. I previously attended the UN Climate Summits and UNFCCC talks through the organisations that I am affiliated to, back home in India.

What’s your role at COP21? What have you been doing for the past week?

Amanda: I was a delegate at COP21 for YSEC, which is an official observer organization at the United Nations Framework Convention on Climate Change that hosted the conference. When I attended the first week of the conference, I was able to sit in on negotiations between delegates from countries all around the world, press conferences with heads of state and leaders of organizations as well as other figures in the environmental movement, and I could also attend dozens of side events focusing on topics like renewable energy, the role of youths, and the stances of developing and developed nations. I also had the opportunity meet a lot of other students from Yale’s School of Forestry and Environmental Studies who were working on various projects in Paris. But my primary responsibility was to report what I learned back to Yale students, and I did so with Justin by writing and taking photographs for our blog cop21atyale.wordpress.com — please check it out! 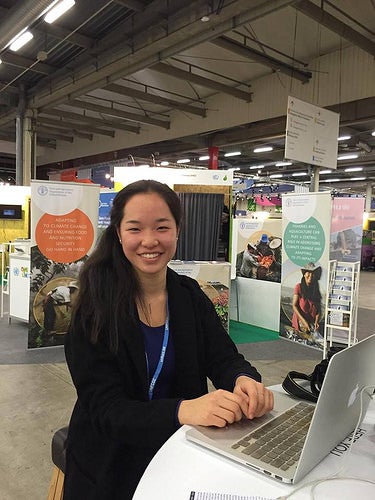 Riddhima: Some of the things I was doing included presenting a paper that I had written on the Climate, Law and Governance Day during COP21. This paper studied the Energy-Water nexus in India and applied a path dependency framework developed by my professor at Yale School of Forestry and Environmental Science. I also attended the Global Landscapes Forum. It was like half of the world was in Paris! There was so much happening - side events, high level meetings, demonstrations, exhibitions, film screenings to name a few. One literally had to be in several different places at once to experience the scope and scale of it.

How do you think you will continue the work you’ve been doing at COP back at Yale?

Amanda: Justin and I will continue the work we began at COP21 by sharing what we learned from the conference and sustaining the dialogue about climate change and climate action with our fellow Yalies. We plan on writing articles for some of Yale’s undergraduate publications as well as presenting our work at future environmental events. We will also support the two YSEC delegates from Yale-NUS, Matthew Ware and Willie Khoo, who will continue our work in Paris during the second week of COP21.

Riddhima: Yes, this is the real question! I want to continue studying these issues in my classes and I also hope to organise some speaker events next year around this theme. I’ll be bringing together a student delegation to attend some of the UN Meetings next year so do look out for that opportunity! I’d also love to continue writing and reading about how we are progressing on the actual implementation of the Paris treaty. I’ll be closely watching the Indian response.

For fun - what’s the most interesting/unexpected thing that happened during your time in Paris?

Amanda: The most exciting event at COP21 for me was seeing former vice president and environmental activist Al Gore speak to a jam-packed room of young people like me! He inspired us to keep pressing politicians to acknowledge and respond to the reality of climate change. But one of very unexpected experience I had in Paris actually happened the day before the conference started: I was at the Place de le République paying my respects to a memorial for the victims of the Nov. 13 attacks, and before I knew what was going on, environmental activists started congregating in the square and demonstrating against climate change and for solidarity on environmental issues — and I was swept into the middle of the action!

Riddhima: That’s difficult to choose. But I would say - there was an exhibition called ‘Ice Watch’ where the artist had actually got pieces of glaciers from Greenland to Paris and kept twelve of them in a circle to signify that time is running out, even as the ice caps are melting. The sight was both fascinating and worrying.