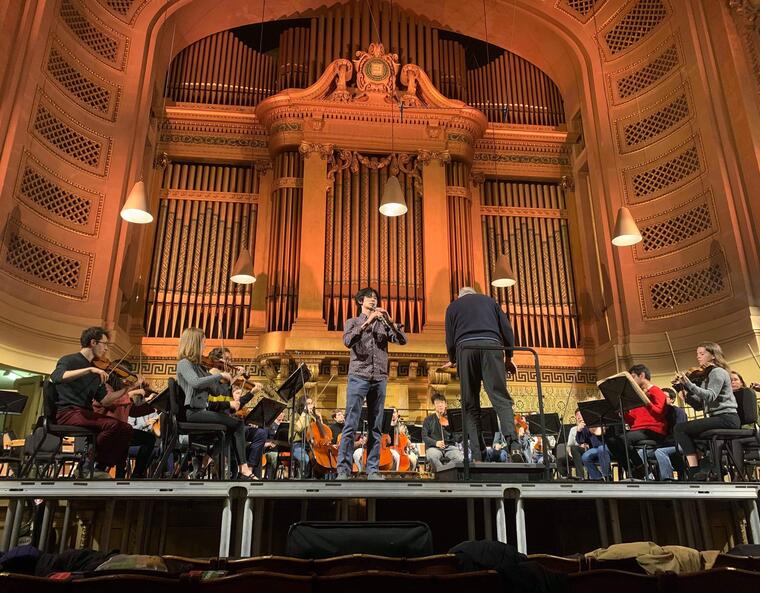 Where can you find a college dining hall, a massive library, and world-class musical performances all in the same city block? I’ll give you one guess…

One of my favorite parts about Yale is its incredibly rich music scene. The Yale School of Music, one of the top graduate conservatories in the country, hosts performances ranging from student recitals to chamber music from world-renowned quartets nearly every day. On practically any random weeknight, I can eat dinner, hit the books for an hour, and attend a concert without ever walking more than a few hundred yards. Most performances are free, and ticketed concerts usually only cost a few dollars for students.

The variety is unbeatable. In a typical semester, I might catch the Yale Philharmonia in a massive performance of Symphony No. 2 by Brahms in Woolsey Hall on a Friday night. Then on Saturday afternoon, I can watch YSM faculty perform a piano trio in the more intimate Sprague Hall.

The performance hall is my oasis from the chaos of student life. As soon as the music begins, I’m transported to a different place. My friend Phoebe puts it best: “I remember running from office hours for my computer science classes to Sprague Hall for its Tuesday night chamber music concerts, feeling stressed and overwhelmed about finishing my assignments on time or doing well on my exams. But I knew that once I sat down in that Sprague Hall sweat and the concert began, I could think about music—and only music—for the next two hours.” 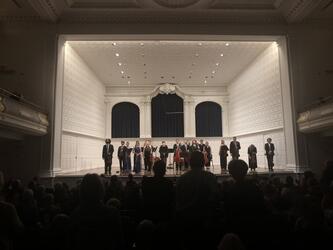 Students can also get paid jobs at the School of Music, like ushering concerts or working as a stage manager. During my first and sophomore years, I would often usher concerts, welcoming guests and handing out programs. Then, I could sit in the back of the hall while the performance was taking place. Ushering opportunities are available for most musical performances at Yale, and it’s a pretty sweet gig.

If I’m not at a YSM concert, I am probably at another student performance, or playing in a show myself. The Yale Undergraduate Jazz Collective, for example, often hosts professional jazz combos in the Underbrook: Saybrook College’s acoustically brilliant underground performance space that’s just big enough for a small ensemble and an audience of 50.

As a member of the Yale Symphony, I play concerts in Woolsey Hall several times a semester. Woolsey is a far cry from the Underbook—it’s the centerpiece of the intersection at College and Grove Streets, contains an enormous symphonic organ, and seats over 2,500 people. There’s nothing quite like the feeling of playing a symphony; it feels like you are contributing to some beautiful mission that is greater than yourself. It is amazing to be both an audience member and a performer at Yale, often in the same weekend. 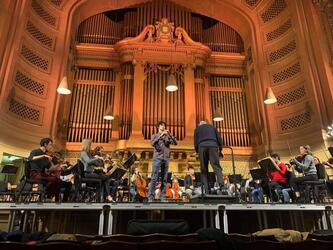 YSO rehearsal in Woolsey last year—the entire back wall consists of the organ! 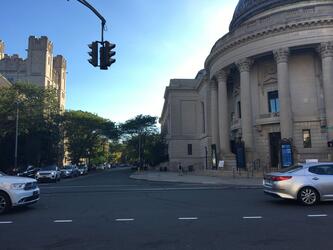 Here’s another picture of Woolsey from the outside. Its ornate entrance is definitely the crown jewel of this intersection.

In a pandemic world, live performances are mostly infeasible. I’ve missed them more than just about anything this semester. However, both Yale College and Yale School of Music have offered up a diverse array of online performances to enjoy. While it might not be quite the same as playing live, the music still retains some degree of its magical transporting power, and the resilience of Yale’s musical ensembles is inspiring.

The Yale music community is of the highest caliber, but it’s also really welcoming. Especially as an undergraduate with lots of classes and other extracurriculars, it can be hard to find time to go to lots of concerts. But when you’re ready to go back, the concert hall will always be there.