Oh! The Places You’ll Go…and To Which You’ll Return 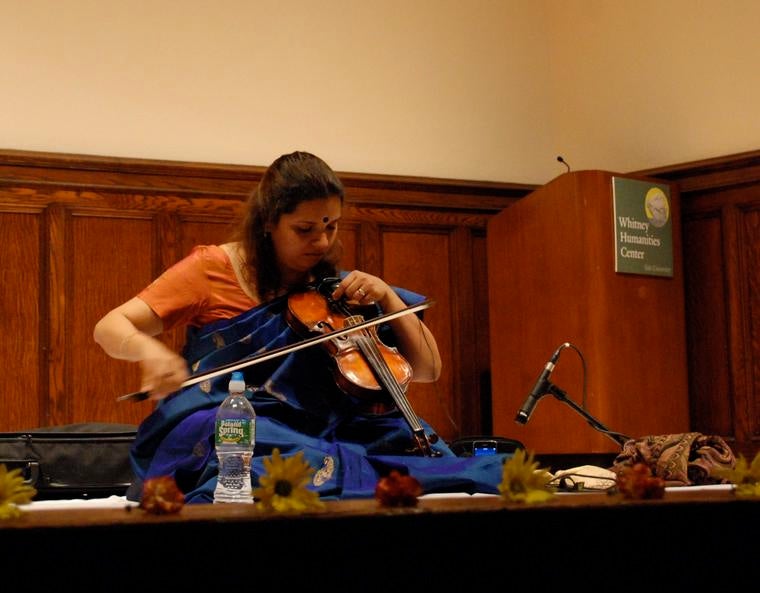 A few Wednesdays ago, I found myself at the Whitney Humanities Center, a beautiful building with an inconspicuous door. The door doesn’t really face anything. You have to intend to go there.

The Yale English Department in conjunction with Films at the Whitney was screening Howl, James Franco’s latest, in which he plays revolutionary beat poet Allen Ginsberg. The auditorium was brimming with excited people, the large room transformed into yet another avatar of itself. The space is mostly used for screenings, with its beautiful stained-glass windows and high ceilings. The rest of the building houses cozy rooms and, well, a few surprises.

I went to the Whitney almost every day my freshman year—it’s just around the corner from my residential college, Timothy Dwight. This was where my Directed Studies lectures were, including a few seminars. But I soon found that it wasn’t just proximity and compulsion that led me there, a block further away from central campus. I eventually discovered 4 p.m. tea, which is served on the second floor, often with snacks (or even pizza!). And soon enough, I found the Film Study Center, in the basement, a place that had every movie I could possibly conceive of (and if I couldn’t find it there, I could always request it).

As I sat waiting there for the movie to begin (and soon realized I was sitting in front of the actor himself), it hit me. I was comfortable in this space. I found myself coming back to the Whitney, James Franco or no James Franco. As you change, spaces you encounter do, too. You begin to learn them. The first time I had entered the auditorium during Bulldog Days, I had been in complete awe. The sun was streaming in just right, there were studious college students sitting around me, notebooks on their pull-out desks, pen in hand, or sometimes with nothing, looking off into the distance or absorbing what the lecturer was saying by staring intently into the professor’s face and nodding profusely whenever they agreed. I had no idea what the potential of this space was. I had no idea what the potential of me was.

The movie tried to answer how you knew if you had created something new. It tried to answer what exactly literary inspiration was. It reminded me how, when I was six, I had dreamt I would grow up to be a writer. And every time I visited the Whitney, I learned more of who I was. I learned what I wanted at that moment, be it from which DVD I chose to check out that day, which screening or talk I attended, or even the tea I chose. But I also learned everything I was not, at that moment, what hopes or dreams I had had given up or deferred. I was a bit different every day, as were my plans for whom I would become. The change creeps in so slowly, you hardly notice it. But if there’s anything I had begun to understand, it was that it was all right to fulfill multiple roles, multiple dreams, multiple purposes, and to be different things, because in the end, you’ll still find yourself returning to that building, to yourself.