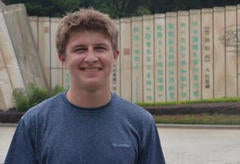 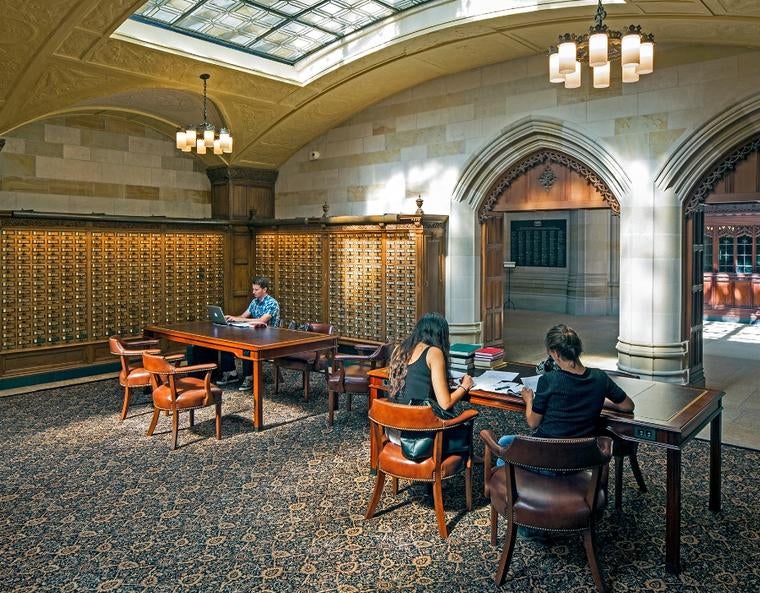 One of my favorite courses this semester has been my freshman seminar, Music and Diplomacy. Freshman seminars are unique courses that are only offered to freshmen and are capped at fourteen students. The idea is to offer all freshman the chance at a small seminar-style class with an esteemed professor during their first year. I stumbled on this class during shopping period, and decided to take it after reading through the syllabus and meeting our great professor.

The class is writing-intensive, and at the end of the semester, every student has to produce a 25-page research paper to expand the academia relating music and diplomacy. To get inspiration for possible paper topics, our whole class took a trip to Sterling Memorial Library to meet with some librarians about how to find resources inside Yale’s massive library system.

I remember touring Yale as a junior in high school and hearing about the different libraries on campus. In high school, the library was just the place I checked out books occasionally, but on my tour, I learned that the libraries at Yale are places that are truly special. In the whirlwind that is freshman fall, I never made my way to really explore everything that the Yale libraries have, but this semester, I finally got the chance for a hands-on experience with Yale’s archives.

I always thought a librarian was someone who reminds you to be quiet because other people are studying, but “librarian” means something completely different in college. The librarians who came to help us with our research knew every detail about Yale’s collection, and showed us how to access all of Yale’s 12 million books, articles, audio files, and films. Then, they presented each of us with our own tall silver box. 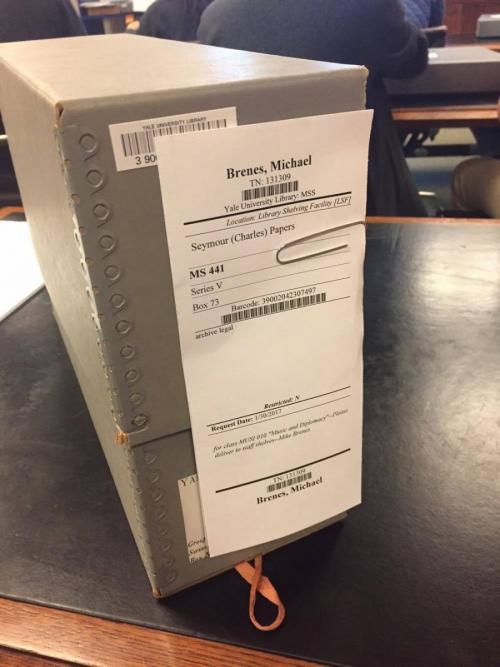 A box of archives from Sterling Memorial Library.

Each box was marked with either a time frame or a famous Yalie; mine was a collection of newspaper articles from the 1920s through the 1940s about Yale President, Charles Seymour. President Seymour served as Yale’s head from 1937 to 1951 and is most famous for leading Yale through World War II. 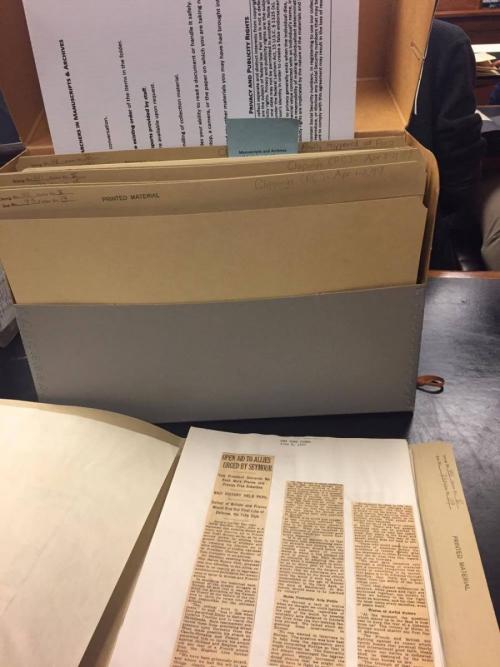 When I first opened my box, I was shocked to see how many volumes were packed into it. Each year from 1920 to 1947 had its own folder filled with newspaper clippings, articles written either by or about President Seymour on a variety of topics. 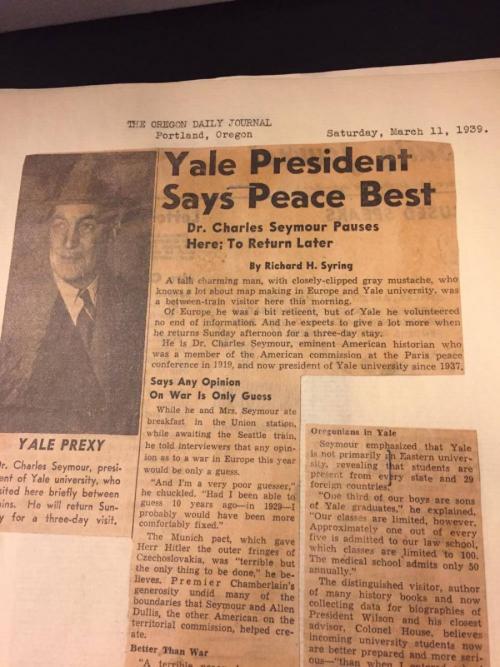 An original newspaper headline from 1939.

The above excerpt is one of my favorites. In it, from The Oregon Daily Journal in 1939, President Seymour says “a war in Europe this year would be only a guess. ‘And I’m a very poor guesser.’” We’ve all read about World War II in history textbooks, but to see it unraveling it front of you is very different. It is easy to think that World War II seemed inevitable considering the huge cultural impact it had, but to see how much hope there was that Europe could avoid war adds a lot of perspective. Holding these newspaper articles in your own hands is eerie; when those papers were initially published, all of the horrors of World War II were looming in the not-so-distant future. The entire world was on the brink of a conflict that almost collapsed the Western world, and these newspaper clippings document that descent into violence. As a math major, I’d never put that much thought into studying history, but in that moment I realized how important it was to very seriously engage with the past. 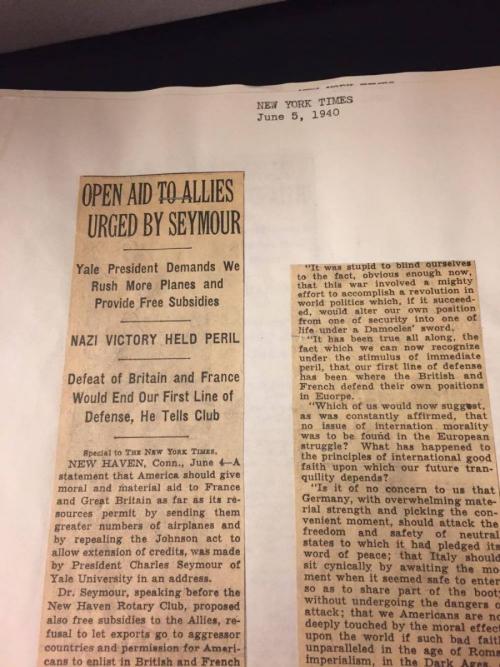 The author of this next article, from The New York Times in 1940, was in a similar situation. He couldn’t have predicted the attack on Pearl Harbor, D-Day, the invention of the nuclear bomb, or anything else that defined World War II in our collective memory. President Seymour was doing everything he could to keep Yale operating normally while Europe entered war.

I also found some more uplifting stories; it wasn’t all sad! I read a very interesting opinion piece by President Seymour on the rise of jazz in the United States and on Yale’s campus. Through reading these newspapers, I also learned that after women were given the right to vote in 1919, Yale offered a course to all Connecticut women about the voting process and how to become active political citizens.

I liked history enough in high school, but I never felt a real attachment to the material. I was definitely one of those kids who asked, “Why do we need to memorize all these facts if it doesn’t impact our lives today?” Looking through the old newspapers in Sterling Memorial Library was the first time I really felt a connection to the past. It is honestly hard to describe, but there is something so special about finding new knowledge about the past through real, primary sources. Reading about President Seymour’s opinions on World War II and Yale’s music scene in its original print is so different than reading a manuscript online. I feel a much stronger connection to Yale and my place as a student after understanding just a small part of its history. Needless to say, I’ve returned to Sterling over and over again after that one day to delve deeper into the 300-year lifespan of my school. Who knows what I’ll find next?