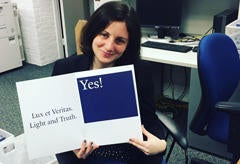 Hannah Mendlowitz is a Senior Assistant Director of Admissions and Director of Recruitment. She came from a tiny town on the coast of Maine all the way to Yale, where she graduated in 2012 with a degree in psychology. Now she spends her days traveling the world (most recently Europe and Central America) in search of Yalies, reading applications (like, a lot of them), and running Yale’s recruitment programs. She is a New York Times Crossword addict and bakes a mean chocolate chip cookie.

In Support of Student Protests 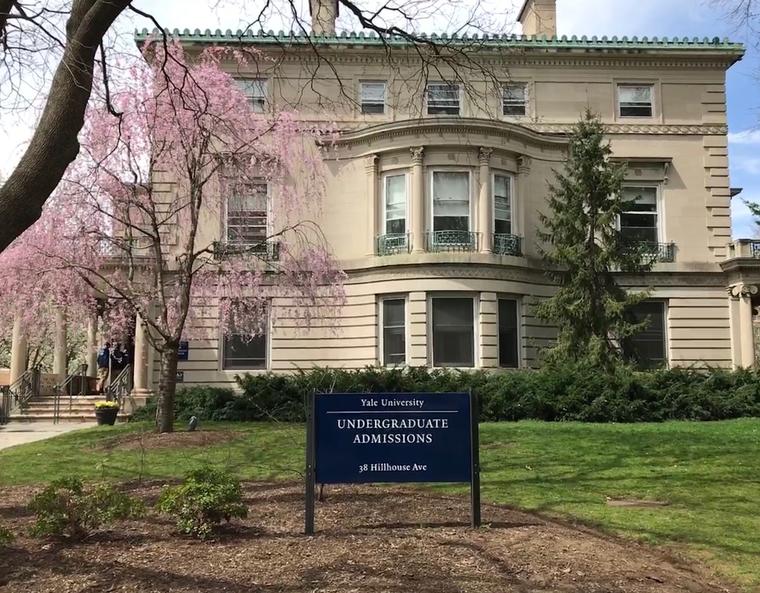 In the Admissions Office, we receive countless questions every day: from prospective applicants and admitted students and parents and counselors and everyone in between. Most of these questions are fairly routine, but last week I received a question from an admitted student that for me, at least, was new:

“Will we get rescinded if we get suspended for engaging in a school walk-out to bring attention to the school shooting issue?”

In the week since the tragic mass shooting at Marjory Stoneman Douglas High School in Parkland, Florida, something incredible has begun to happen. High school students in Parkland and beyond are stepping up in a refusal to allow the issue of gun control fade from the public eye. Peaceful protests around the nation have begun to echo those in Florida. Included in these demonstrations are a number of school walkouts that have been scheduled over the next several weeks.

Some schools have indicated that students who disrupt class time by participating in such walkouts will face disciplinary action, potentially including suspension. Some, in hopes of discouraging participation, have warned their students that such disciplinary action may negatively affect their college admissions decisions. And so, over the past few days, we continue to get the question: will Yale look unfavorably upon discipline resulting from peaceful demonstrations?

The answer is simple: Of course not.

To the students who have reached out to us with these concerns, we have made clear that they should feel free to participate in walk-out events to bring attention to this issue without fear of repercussion. Yale will NOT be rescinding anyone’s admission decision for participating in peaceful walkouts for this or other causes, regardless of any high school’s disciplinary policy. I, for one, will be cheering these students on from New Haven.

I have the pleasure of reading applications from San Francisco, where activism is very much a part of the culture. Essays ring of social justice issues. In the fall of 2016, students in San Francisco were campaigning on behalf of Proposition F, a measure which would have lowered the voting age to 16 for local elections and ballot measures. The proposal did not pass, but the message was loud and clear: this generation of teenagers care about the issues and are ready for their voices to be heard.

Now, high schoolers have taken the issue of gun control personally. And rightly so. The phrase “school shooting” is now ingrained in our national vocabulary; how could our teenagers possibly stand idly by? In high school, we teach students calculus and US History, literature and physics. We teach them how to write analytical essays and lab reports. But we also have to teach them how to think and feel and be proud and involved citizens of wherever they live. I believe it is our duty to teach them the latter just as much as the former.

For those students who come to Yale, we expect them to be versed in issues of social justice. We encourage them to be vocal when they see an opportunity for change in our institution and in the world. We value student voices on campus and we encourage discourse and action. To punish our applicants for doing just that would go against the very beliefs that make Yale such a special place to study. Instead, I support those high school students around the country and urge other educators and administrators to do the same.

What high schoolers across the nation are doing right now is brave, it is good, it is larger than an absence from school or a blemish on an academic record or a college admissions decision. If you can’t march beside them, at least stand behind them. And at the very least, do not stand in their way.