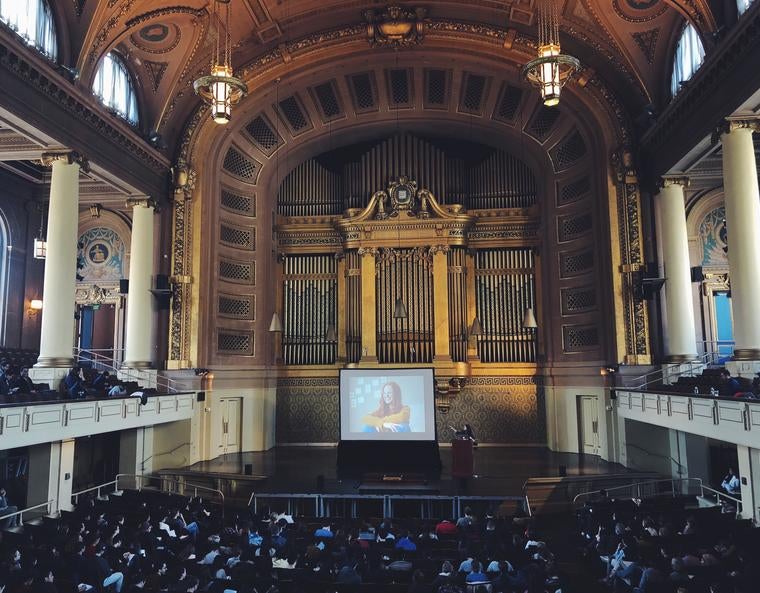 The first time I heard about the class “Psychology and the Good Life,” taught by Professor Laurie Santos, my friends were casually discussing classes before we returned to school for our junior spring semester. A few of them were tossing around the idea of taking it, but no one was completely set. I had a full schedule of classes I was planning to take at that point, and there was no room in my course plan to learn how to be happier.

Fast forward to shopping period. By this time, the number of enrolled shoppers was hovering near 1,000 students. Everyone on campus kept telling me how amazing the class was, so I decided to just show up. I arrived at Battell Chapel, where I thought the class was being held, to find the doors were locked. I waited for a bit and as only a few people trickled in, I texted a few friends who I knew were taking the class who told me that the class was now too big for the giant chapel. Instead, the course would be held in Woolsey Hall, which seats more than 2,500 people. 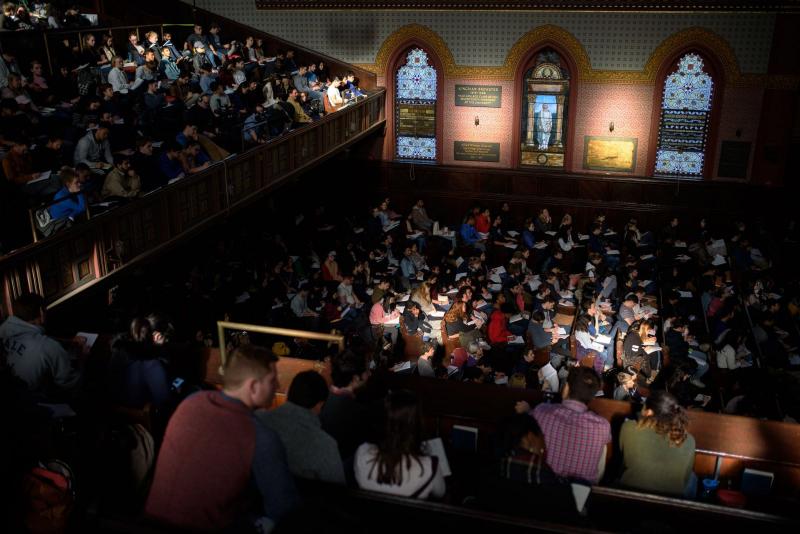 This photo was in the New York Times! I’m in the green and Haci is in the red. We’re basically celebrities at this point.

While this location blunder was annoying, it turned out to be one of the most formative moments of the class for me thus far. On the walk to Woolsey I ran into an old friend, Haci, who was also heading to the wrong location. This quick interaction turned into us sitting together for that first day of class, and we’ve ended up sitting together ever since.

For context, I think that one of my biggest flaws at Yale is falling into the trope of asking to get a meal with everyone I think is remotely interesting, and then ending up having to cancel the meal, or never even scheduling it at all. I keep a list on my phone of people I want to get a meal with, yet I rarely seem to get to take names off the list. “Let’s get a meal!” is a phrase often discussed – articles are written about the casual way that Yale students fail to fully engage with their peers, and when someone asks you to get a meal, it’s often just something that is laughed off.

To be fair, I do see my friends regularly. I do often get meals and hang out with people I know, but usually I either: 1) get lucky and run into someone or 2) end up getting a meal as we leave a location. Scheduled meals are hard to stick to, especially with how busy Yale students tend to be. Most of my favorite Yale moments have been with friends – from large events such as Junior Formal, to the long nights spent accidentally talking in butteries until the sun comes up. 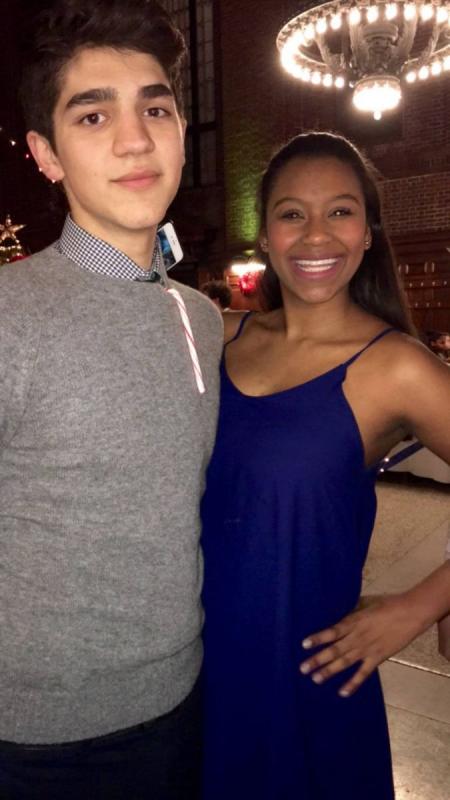 Haci and I at our first-year dinner more than two years ago!

So, as Laurie Santos advocated for in-person friendships and disconnecting from social media, I actually got to do just that. My classmate Haci and I had hung out a few times earlier in the year, but we hadn’t really spent time together like we did during our first year at Yale. Having been friends for more than two years has allowed us to fall into a sort of lack of engagement but sitting together in the class has been such a wonderful time to bond. As Laurie Santos brings up important topics – family, friendships, relationships – I’ve had the chance to turn to a friend and learn more about his views on life, as well as my own.

Haci and I are both really busy people whose schedules tend not to overlap. While we’re both political science majors, he focuses on American politics while I tend to look at foreign countries. He also is the Ward 1 Alder of New Haven, a job that takes up much of his time.

So, while I listen to my class, I also get to spend fun moments with an old friend. I get to engage in the material in a way that I never expected, all because I accidentally and randomly ran into Haci while walking into the wrong building.

I often think about what would have happened had I not bumped into Haci while on my way to class. But while I love the connection that has formed through the class, what’s really nice about this connection is that while it is special and unique, that moment of connection at Yale among peers is not. I have found that when I give my time and energy to my friends at Yale, that moment returns. I often connect, or reconnect, with friends only to discover the most positive relationships. So, while I’ve learned great things in Psychology and the Good Life, one of my favorite lessons has been to spend more time with my peers.