We Are A Family: Dreamgirls 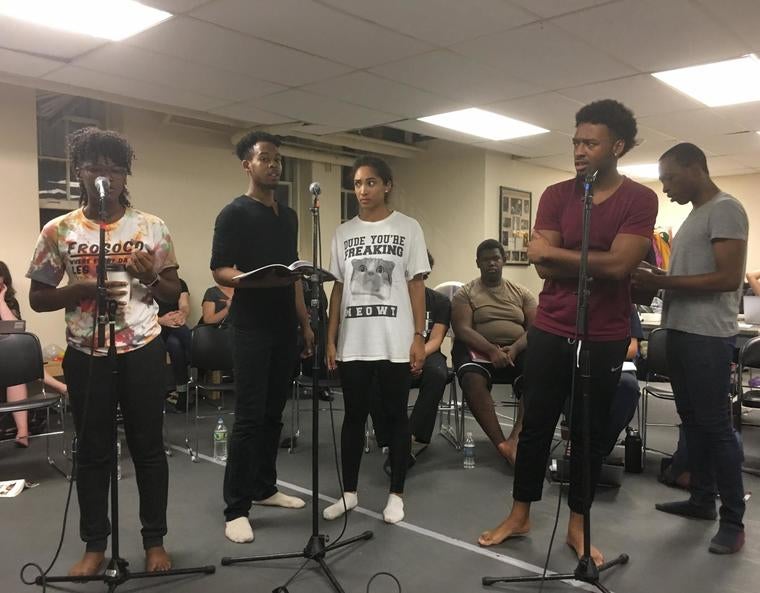 I don’t remember the exact moment that someone told me that the Yale Dramatic Association was going to be performing Dreamgirls, but I do remember that I was skeptical that Yale would be able to pull off such a production. Dreamgirls is the first Black mainstage musical done by the Yale Dramat, and I was unsure if Yale would have the resources to do such an iconic show justice.

Personally, I was also skeptical about my own entrance back into the Yale musical theatre world. I had the very last Dreamgirls audition slot, re-scheduling from the first day of auditions to the second, and finally re-scheduling again to the very last day. When I arrived at the audition building, I filled out a form and waited while other women went in for auditions, hanging out and joking around with others At this point, I’m fairly sure I wasn’t taking the show super seriously.

Because things were running a bit behind schedule, by the time my audition came, there was no accompanist. I sang my 16 bars of The Book of Mormon a cappella and slightly out of tune to an unimpressed trio of professionals, who asked me to sing something gentler. I ended up singing the black national anthem, Lift Every Voice and Sing. Next, they asked why I wanted to participate in the show. At that point, I knew Dreamgirls was important, but I certainly wasn’t prepared for the rant that came out of my mouth. I talked about how important representation is, and not always seeing myself and my personal Blackness on Yale’s campus and in the world. The Yale Dramat has not always been able to represent people of color on stage, and it is so vital to show all types of people in theatre. It was at this moment that I realized that I really did care a lot.

Less than two weeks later, I was in a room with an incredibly wonderful cast. We began as hesitant performers, and I personally was unsure of how to work with three amazing professionals who seemed to be so far out of my league. I admit that I didn’t know the history of Dreamgirls, or even of Black theatre in a way that I felt I should have. In doing this show with a cast of professionals, my eyes have been opened to Black theatre and the history of Black performers in American history. I’m not sure what I thought I was signing up for, but the pure joy and inspiration that came from working on this show certainly was not it.

Many of my favorite rehearsal moments came as we sat in a circle in our rehearsal space, just talking. Our director would tell us stories of his life, of his upcoming show, and of how he got to where he was. We would talk about ourselves, of being people of color in the world and on Yale’s campus, of our hopes and dreams, and of where we were in those moments. I don’t often talk openly about my true feelings, especially those of doubt in myself, but something about this rehearsal room allowed me to do so. Getting to be in the room and participate in the vulnerability shown by my Dreamgirls family is one of the most humbling experiences I have ever had on Yale’s campus; I have probably spent more time crying in rehearsals than I have throughout the rest of my entire college career. 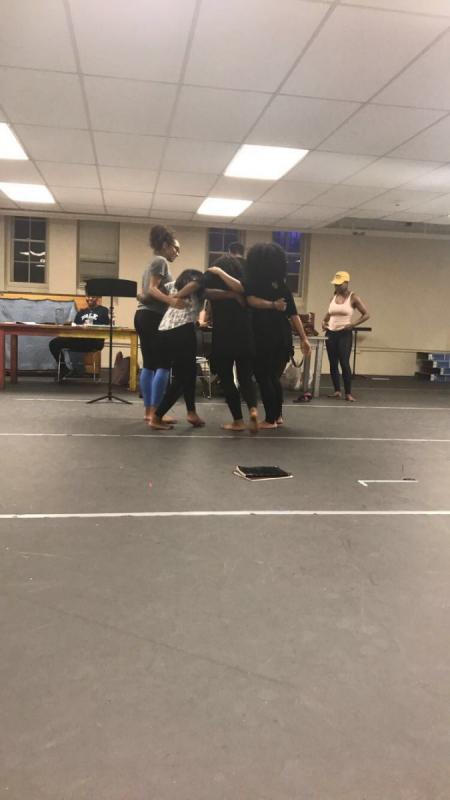 The Dreams, hugging it out on stage.

One of the most powerful moments came as we discussed the history of who our characters were. The show is set in the 1960s and 1970s, and we discussed and thought about the civil rights injustices that were occurring at that time, where were and far more explicit than anything I have ever experienced as a woman of color today. Thinking of the times that Dreamgirls took place in, and being able to see echoes of that history in our daily lives is so powerful, yet heartbreaking. Having this outlet to discuss being Black in the world is something I have not really found on campus. While I wasn’t prepared to find that space in Dreamgirls, I am so overwhelmingly happy that I have been able to find a space like this one on the Yale campus.

Despite the joy, there have certainly been ups and downs. I’ve had to miss a rehearsal due to an anxiety attack. I got the flu. I get terrible headaches. I get tired, or overwhelmed, or behind on work. Tech week at Yale lasts almost two weeks, and rehearsals run from 6 pm to 12 am every week day, and 12 pm to 12 am on the weekends. Balancing being a performer and being a student has been difficult, and there are days where it feels as if I am dragging myself to rehearsal. But at the end of the day, as I leave our rehearsal space at midnight, I am so grateful for the experiences that I had while working on the show that day.

Let me be very honest for a minute. Going into my audition, I had never seen Dreamgirls. That includes not only the musical, but also the iconic movie. It’s crazy to look at where I am now in terms of dedication to the show and how well I know the ins and outs. I am so grateful for this musical for giving me a space to embrace myself. I am so grateful that people will get to see strong black women on stage, and that people like myself will be able to identify with characters in ways that they may not have before. I am so grateful that we will be able to pull off such an iconic show at such an amazing school, and so excited to be a part of this history.