After graduation Eli Whitney alumni do remarkable work with their degrees. There is no single path for EWSP students before, during, or after their time at Yale.

In addition to the profiles below, a YTV video and a Yale Instagram Story may provide you with a better sense of the backgrounds of some Eli Whitney students and what it is like to be a student on the Yale campus. Explore EWSP current student profiles. 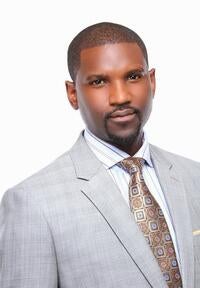 Originally from the tiny island of New Providence in the Bahamas, I moved to the United States in 2002. Before attending Yale, I co-founded an emergency food relief organization to serve the homeless and the working poor in the Bronx. I transferred to the Eli Whitney Students Program from Westchester Community College (WCC) and often return to WCC to encourage students to strive to build strong academic foundations and set their sights on transferring to highly selective four-year institutions.

While at Yale, I studied political science and was a member of the multidisciplinary academic program in human rights. My focus as an undergraduate was on international human rights and comparative constitutional law. I completed a dual thesis on democratic constitutionalism in post-apartheid South Africa and modern siege warfare.

After graduation, I spent one year working with Integrated Refugee and Immigrant Services (IRIS) as an education specialist. In the fall of 2019, I matriculated to Yale Law School where I focus on environmental protection law and international legal instruments and continue my research with the government of South Africa. I am a member of the Black Law Students Association and the American Constitution Society and am currently working on Yale Law School’s access to law school pilot program, providing guidance and mentorship to underrepresented students aspiring to attend law school. I am most proud of my role as a father and husband and am raising three children with my wife in East Haven, Connecticut while attending law school. 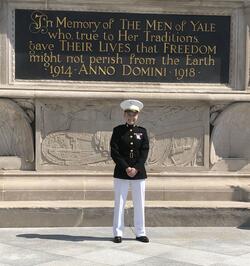 I enlisted in the United States Marine Corps after high school where I first worked as an unmanned aerial vehicle plane captain in Cherry Point, North Carolina. After working on the flight line for a couple of years, I volunteered to serve as an embassy security guard and was stationed alongside the U.S. Department of State in Africa, Asia, and South America.

After working overseas, I was ready to pursue education. I attended Yale through the Marine Corps Enlisted Commissioning Education Program, which allowed me to study full-time while remaining on active duty. At Yale, I majored in Global Affairs and focused on learning Arabic. Highlights from my time at Yale include participating in Yale’s Naval Reserve Officer Training Corps unit and playing club rugby. I also had the opportunity to conduct research on airstrikes in Afghanistan with the Political ViolenceLab and work for the admissions office as a veteran liaison. My favorite classes were National Security Law and the infamous CS50. Overall, I had an incredible experience in and out of the classroom.

After graduation, I commissioned as a Second Lieutenant in the Marine Corps. I am currently stationed at The Basic School in Quantico, VA. 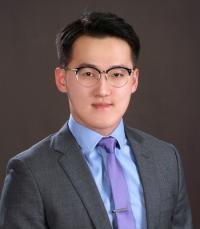 I emigrated from South Korea when I was eight years old and spent most of my childhood in northern California. After high school, I joined the Marine Corps where I served as an Amphibious Assault Vehicle mechanic for four years. After two deployments and an honorable discharge, I enrolled full time at a local community college while working as a barista.

There I ran into a fellow Veteran that I had just deployed with. He encouraged me to apply to the Eli Whitney program. Yale was my top choice because of the unmatched level of support it provides to student Veterans. For example, Yale allowed Veterans the financial flexibility to decide whether to use their G.I. Bill or the school-funded financial aid package. This meant I graduated from Yale without any student loans and could engage opportunities in and outside the classroom.

At Yale, I studied Political Science and took summer internships at JP Morgan and Amazon. In my free time, I wanted to give back to the community. As the President of the Eli Whitney Student Society, I started a winter clothing drive for the homeless. Later that year, I became a founding member of Stand with Comfort Women, a student-led organization that promotes women’s rights and speaks out against historical injustices.

I now work at Amazon as a financial analyst, which would never have been possible without my Yale education. My time at Yale was intellectually stimulating and rewarding beyond my expectations. Despite my non-traditional background, I have never once felt out of place, and the open social environment allowed me to share my experiences and culminate meaningful relationships with students and faculty alike. 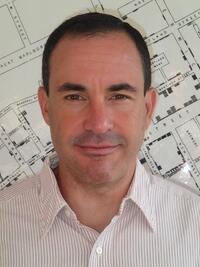 I’ve had a long career, spanning 30 years in global health as an activist fighting for the future of people living with HIV. I started with the activist group, the AIDS Coalition to Unleash Power (ACT UP), which was in part, founded, by Yale College grad Larry Kramer, in the late 1980s.

In 2007, I was living in South Africa, working to get the drugs that had saved my life to those in poorer countries around the world, when I decided to apply to Yale and its Eli Whitney Students Program. I had dropped out of college in the 1980s, and as the son of two schoolteachers, always felt like I had some unfinished business with my education. I applied to the EWSP program on a lark, didn’t apply anywhere else and was sure they’d reject me. But when I got the letter of acceptance, my life changed.

The undergraduate experience at Yale, where I was only one of a few non-traditional students on campus, was thrilling. I dove into the science of evolutionary biology, making it my major and planning to go off to get a PhD looking at the evolutionary immunogenetics of HIV in Europe when I graduated. Professors like Steve Stearns and Paul Turner in Ecology and Evolutionary Biology mentored and supported me on this journey. The resources at Yale for undergraduate students are wonderful, and New Haven is a great small city to live in.

A chance encounter with a new professor at the Yale School of Public Health, Albert Ko, in my senior year at Yale College changed everything once again. He suggested I stay and get a PhD at Yale in epidemiology and try to create a way to bring my activist and academic lives together. I turned down offers from Oxford and the Institut Pasteur for a PhD and took another leap into the unknown.

With my friends, law professor Amy Kapczynski and public health professor Ali Miller, we formed the Global Health Justice Partnership my first year as a PhD student at Yale, working at the interface of health and human rights, medicine and social justice.

I am now on the faculty of the Yale School of Public Health. In 2018, I got the surprise of my life when I was chosen as a MacArthur Fellow.

I’ve been blessed in many ways, but the chance to attend Yale College on full scholarship from 2008-2011 was one of the great blessings of my life.