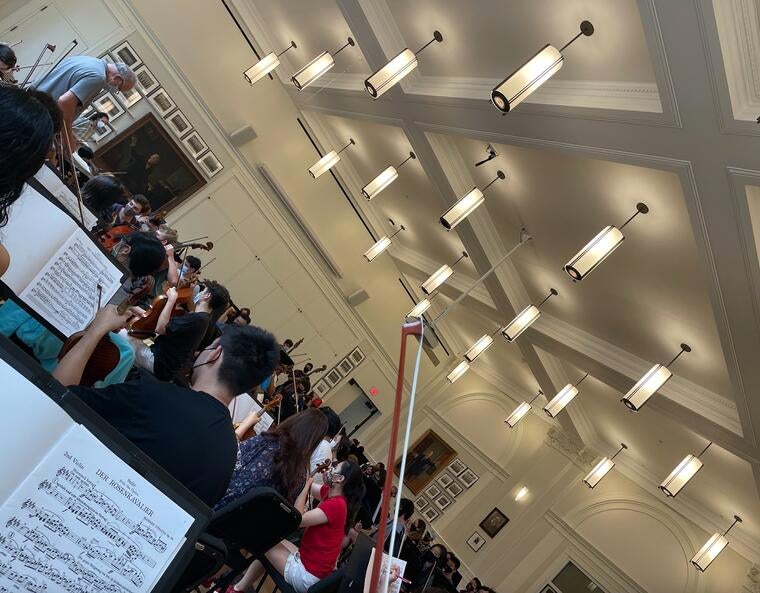 It’s hard to believe that YSO’s last regular-season concert of the semester is happening this weekend! With our first semester of live performances since the pandemic almost complete, I wanted to reflect on how it’s gone and some of my favorite moments from the semester.

We’ve rehearsed and performed an incredible mix of contemporary pieces and traditional works from the Western canon. One of my favorite traditional pieces has been Berlioz’s Symphonie Fantastique. It is a plot-based symphony that tells the story of an artist’s unrequited love for a beautiful woman, and it is based on Berlioz’s real-life infatuation with a Shakespearean actress.

During our rehearsals for Symphonie Fantastique, our conductor, Maestro Boughton, would share tidbits of the piece’s story that help inform our interpretation and make the whole experience really fun. When we first started rehearsing the last movement, which is a witches’ dance, Maestro said, “it sounds too joyful–make it creepier!” and explained the story behind it. Understanding this context made the rehearsal experience more engaging, and I had a lot of fun experimenting with different tones. I can’t wait to see what the finished product sounds like onstage this weekend!

One of my favorite contemporary pieces we’ve worked on is Emmanuel Séjourné’s Marimba Concerto, which features the YSO’s marimba extraordinaire, Alvin Chung. During one of our rehearsals for the piece, the composer attended via Zoom from his home in Paris! It was really special to play for Mr. Séjourné and hear his feedback on our performance. I love the sound of the marimba and the way it blends so seamlessly with the string orchestra that accompanies it in Mr. Séjourné’s work.

And of course, who could forget the Halloween Show (which I’ve written about here). We couldn’t be more excited to return to a live audience this year, even though the capacity was much reduced. The audience’s reaction to our costumed entrances and the various Yale-themed jokes in the film truly made the experience feel whole again. 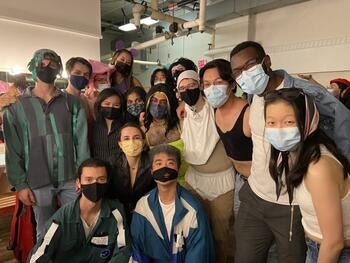 Here are the seniors, dressed as per usual in silly costumes!

My favorite part of the show, however, ended up being the senior dinner beforehand. Almost all 19 of us were able to attend, and it was so fun to just hang out and swap fun memories from our 4 years of YSO antics. I can’t believe how lucky I am to have shared several years of musical experiences with such a fun and talented group of people. Moving into my final semester of YSO, I will savor every moment I have with them. 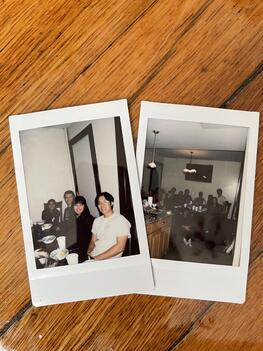 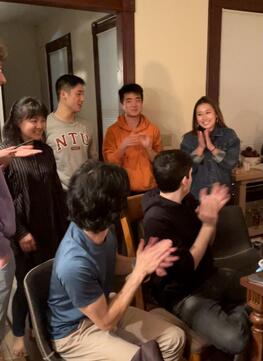 Photos from senior dinner–everyone in the second photo is clapping after Annie surprised two people with a cake for their birthdays, which were that week.