This post is dedicated to all the people who cried when they didn’t get a letter from Hogwarts when they turned 11.

We’ve all heard the comparison before: Yale is like a real-life Hogwarts, the fictional school attended by Harry Potter and co. With its gothic beauty and long history, this comparison rings true in more ways than one–I came up with 7, in honor of the 7 books in the series. Let’s start with the most obvious:

The architecture is old, ornate, and absolutely gorgeous.

Grand old buildings made of stone! Gargoyles! I will let the photos below do the talking: 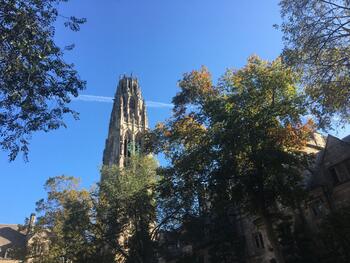 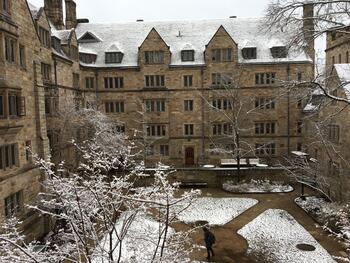 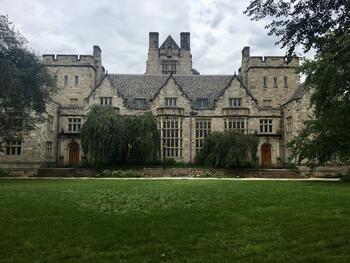 Photos of Saybrook and Branford, some of the most Hogwarts-y places on campus

At Yale, every student belongs to a residential college, which is where they live, dine, work out, study, and more. Each college has its own distinctive design, and they each have a college crest that decorates their entryways and spirit gear. Similarly to Hogwarts, the colleges compete against each other in intramural sports, with the highest-scoring team at the end of each year winning the Tyng Cup (my college, Saybrook, is the three-peat Tyng Cup champion!).

Can you tell I love Saybrook??

There are 14 dining halls, one for each residential college. Several of them have very long tables that span the entire dining room, reminiscent of the tables in Hogwarts’ Great Hall. While food unfortunately does not magically appear on Yale’s dining tables, they are great for getting meals with big groups of friends. 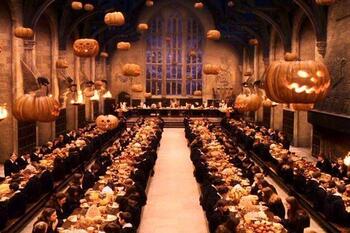 I mean, can you even tell the difference?

There’s that one big sporting event…

Hogwarts has the Triwizard Tournament, and we have the Harvard-Yale Football Game. On the weekend before Thanksgiving break, we all bundle up and gather to cheer on the Bulldogs as they face off against the Crimson. Colloquially known as “The Game,” it’s easily one of the most fun events of the year. 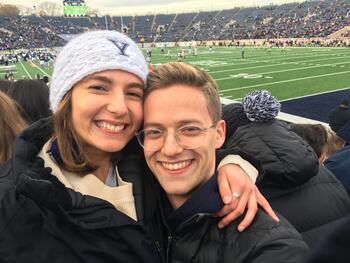 Me and my friend Ben at the Game last year!

We have botanical gardens, too!

You all probably remember the famous scenes in the Hogwarts greenhouses with Professor Sprout and Professor Slughorn. Turns out, Yale has beautiful greenhouses of its own–the Marsh Botanical Gardens. Students are probably there for an Ecology and Evolutionary Biology class though, not herbology. It’s a green paradise full of wondrous plants, so I especially love going there for a stroll in the winter months.

There are lots and lots of Yule Balls.

From October through March, there’s at least one formal happening at Yale practically every weekend. Every residential college hosts a formal for their students in the fall and spring, typically at a local New Haven restaurant. In February, the Yale College Council throws the Masquerade Ball, a senior-only event, and First-Year Formal. In addition, many extracurricular and social groups throw formals of their own. 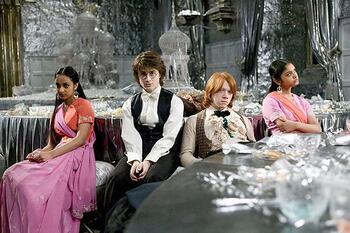 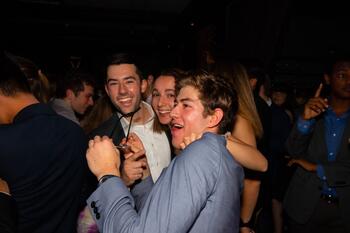 We definitely had way more fun than Harry and Ron did

While there may not be magical beasts and charmed objects lurking around every corner here, Yale is pretty much as close to magic as you can get :)