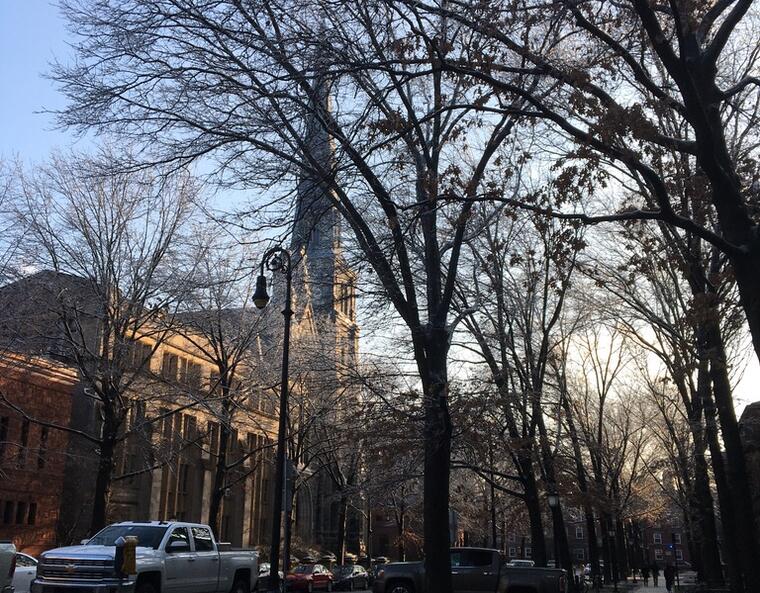 A walk down Hillhouse Avenue is, according to both Mark Twain AND Charles Dickens apparently, a walk down the most beautiful street in America. I love walking down this tree-lined avenue, located in the heart of campus (or running, when I’m late to class).

There’s much more to Hillhouse than what meets the eye, though. The 19th-century mansions-turned-Yale-buldings and classroom spaces that dot Hillhouse have witnessed some of my best moments and most trying times at Yale. And I’m not the only one. For lots of Yalies, a walk down Hillhouse is a metaphorical walk through their time at Yale.

Hillhouse starts just past SSS lecture hall, intersecting Grove Street. Jitter Bus, a mobile coffee shop, is reliably parked at this intersection every day. Coffee from Jitter Bus has fueled me through many lectures in SSS and the nearby Dunham Lab (I don’t really want to think about how much money I’ve spent there over the years). Apart from its convenient location, it’s also some of the best coffee around New Haven. 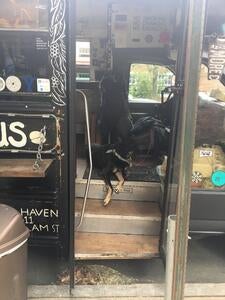 As you start walking down the street, you’ll St. Mary’s Church on the right–it’s the only building on Hillhouse not owned by Yale. I sometimes sit in St. Mary’s gorgeous nave to think and rest for a few minutes. The peace and silence of the cavernous interior feels safe, centering, and rejuvenating, especially during weeks when I have a lot of stressful assignments due. 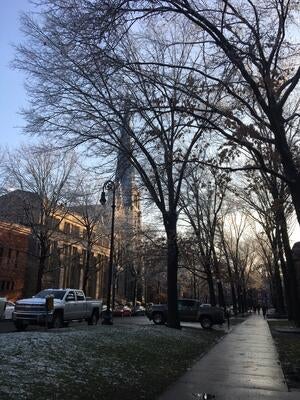 I took this photo in December last year–I love how you can see the steeple of St. Mary’s behind some icy trees!

Coming up to your left after St. Mary’s is Dunham Laboratory, a hub for computer science lectures. I always cut through DL to get to Davies Auditorium. Davies is a large lecture hall that hosts a lot of large introductory courses–upper level classes are rarely large enough to require an entire auditorium. It’s where I took my first ever computer science course (CPSC201) and first thought about becoming a CS major. 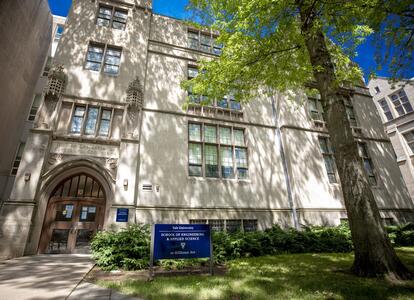 The amount of times I’ve spilled my Jitter Bus while running through those doors….

Almost directly across from DL is Mason Lab, where I took one of my favorite classes at Yale: Discovery and Design in Biomedical Research. This class gave me a lot of insight into the highly interdisciplinary nature of solving a medical problem. I took it in the same semester as CPSC201, and it sparked my interest in applying computer science to medicine.

As we continue down the street, 17 Hillhouse quickly comes into view. This (in)famous building is home to office hours for lots of classes, including introductory physics and advanced programming courses. During office hours, Undergraduate Learning Assistants (ULAs) and teaching fellows help students work through their problem sets. The vibe is usually very communal (we collectively struggle!) and chaotic. Most STEM majors have completed many late-night, stress-inducing PSet sessions here. But as a friend of mine put it, “There’s nothing quite like walking home from Hillhouse at 2am when snow is falling.” It’s pretty magical. 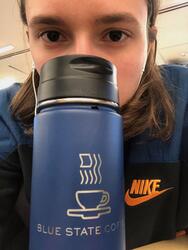 Me inside 17 Hillhouse around 10pm, just getting started on a physics problem set that was due the next day–hence my large, stressed out-looking eyes and even larger thermos filled with coffee

Making our way up a slight incline (it is called Hillhouse, after all), we reach the Admissions Office. It’s a stately old mansion overlooking Pauli Murray and Benjamin Franklin Colleges. And while it might mark the end of our Hillhouse hike, it is the definitive beginning of every Yalie’s journey. 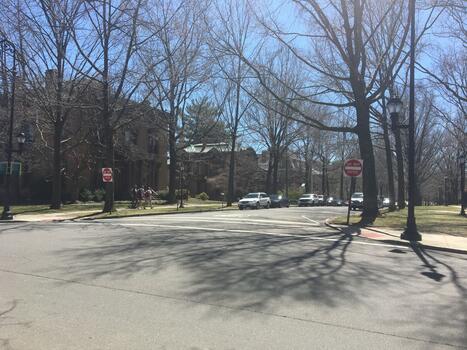 This photo of the end of Hillhouse was one of the first pictures I took of Yale. I was a hapless pre-frosh looking for the Admissions Office and had no idea where I was, but I thought the houses here looked cool.