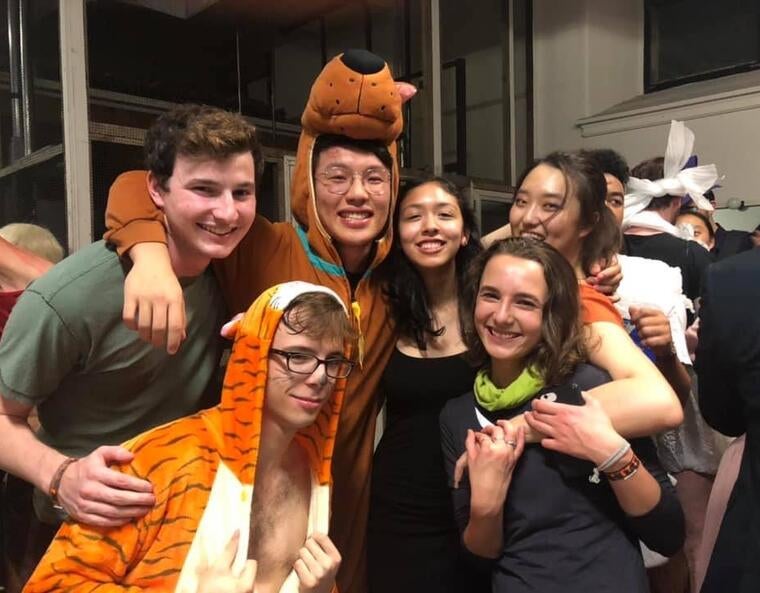 It is a truth universally acknowledged that October is Spooky Season.

In reality, the only spooky part of the season is midterms (and maybe college applications, if you’re in high school!). The other parts are fun, like brainstorming group costumes and consuming inordinate amounts of candy. But the best part, hands down, is the Yale Symphony Orchestra Halloween Show.

The Halloween Show (H-Show for short) is a very wacky and very Yale tradition. It is a YSO student-produced, written and directed silent film with live accompaniment from the YSO. On October 31st in Woolsey Hall, a sold-out audience gathers to watch the show. Before the premiere, the theme is a closely-held secret. The show always includes Yale-centric jokes and cameo appearances from prominent Yale people, like President Salovey and Dean Chun.

The H-Show is an incredible experience for performers and audience alike, but it’s no easy feat to pull off. I would know–in 2019, I co-produced the show. I also ended up starring in the film (long story). As it turned out, starring in the show was a significantly more visible role with significantly less work than producing. 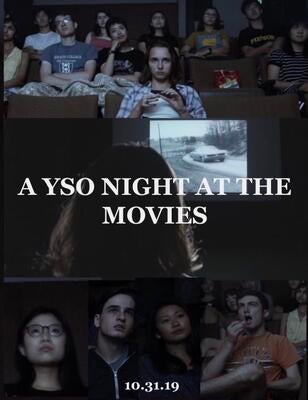 The promotional poster for last year’s show. I’m in the top panel! I played a mean character in the film, but I promise that I’m much nicer in reality.

Producing basically took up my entire life from August-October. I spent (at least!!) 8 hours every weekend during that time on set, and many other afternoons planning for the weekend. The show’s director and I basically became best friends by default. It was pretty stressful sometimes, but turns out the reward in the end was pretty big. Hence, I truly know the meaning of “type 2 fun” now. 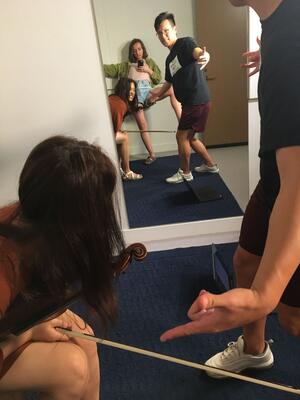 A rare moment of type 1 fun (i.e. enjoying the moment while it’s happening) with director Ryan and co-star Jocelyn, in between takes for a scene in the Yale School of Music.

The Halloween Show was a lot of early mornings and late nights, a lot of face paint, a lot of moving parts, a lot of trying to write jokes that were actually funny. Creating a big show requires attending to tiny details. Sometimes it was a pleasure (composing the perfect shot of JE’s courtyard on a sunny afternoon), other times it was a pain (getting 30 YSO extras to do the same thing at the same time). 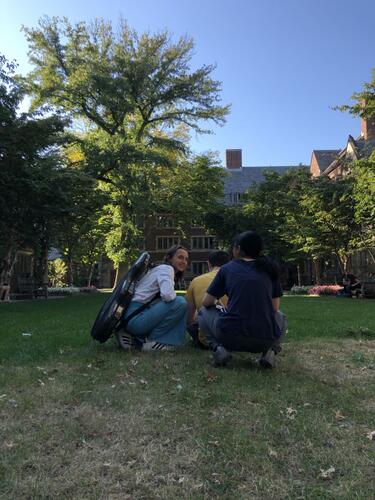 This was one of my favorite days of filming–it was this really beautiful September afternoon, and the light was hitting the Jonathan Edwards courtyard juuuust right. Charlie, the Director of Photography, and Janet, my co-producer, are working on setting up the scene, while I am making a face at Ryan who is taking the picture.

All that work made it easy to lose sight of the bigger picture: we were continuing a tradition beloved at Yale since 1975 and providing a crucial bonding experience for YSO members. We were responsible for the fact that, on October 31, over 2,000 members of the Yale community simply had a really fun time. The most beautiful parts of the process were when that bigger picture came into full focus.

I’ll never forget when a whole movie theater’s worth of YSO members spontaneously erupted into applause and laughter after finally filming a scene just right. When I peeked behind the stage door as the first orchestra section entered Woolsey at midnight, and I saw thousands of costumed classmates in the audience cheering for them. When I witnessed the excitement of senior and first-year orchestra members alike in their section costumes.

Lots of YSO members participated as extras for a big “movie night” scene in the film. We shot the scene in Silliflicks, which is the Silliman movie theater. It took so long to film that everyone literally started clapping when we got it right!

The percussionists dressed up like the basketball players in High School Musical, complete with a coordinated dribbling routine that received rapturous applause.

My section’s costume was “girls in short skirts and long jackets”, as per the iconic song “Short Skirt / Long Jacket” by Cake :)

All those stressful days of filming that I’ve long forgotten led to moments of pure magic that I’ll never forget. And that sentiment holds true for a lot of college experiences. Sometimes you have to just push through the hard times, trusting that a giant hug from your friends and a host of memories will be waiting for you at the finish.

So bring it on, Spooky Season! 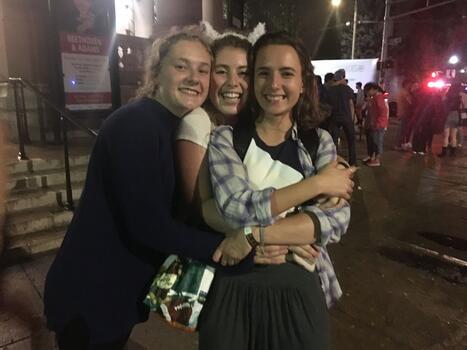 I received this giant hug from two of my best friends, Allison and Lena, right after the show!