Our House, at the End of the Street 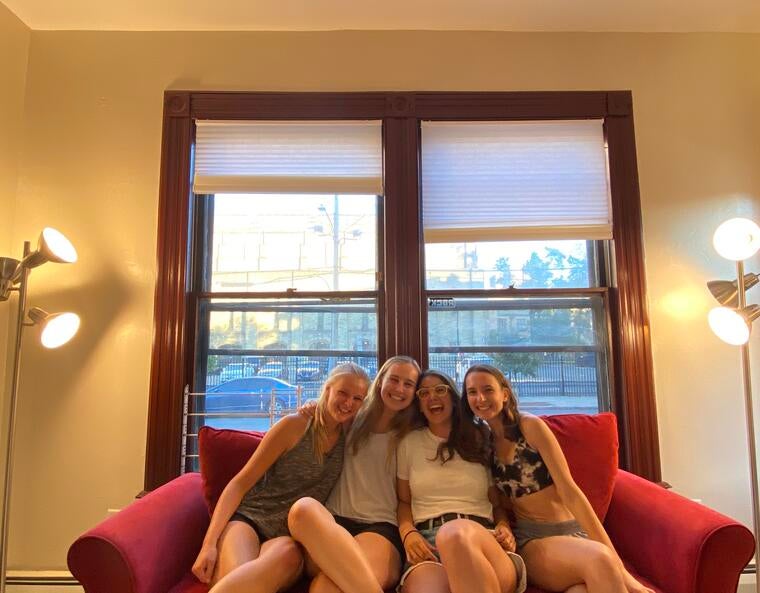 “I think we’re gonna be friends for the rest of our lives!!!” my housemate Talia yells through the phone on her way back from the architecture studio. It’s one of those mid-September nights when there’s just the slightest chill in the air, a sign that fall is finally on its way. Hannah and I agree with her. Funny how we all met only a month ago.

If I had to describe my off-campus housing situation in one word (I would prefer to use many, as this blog post clearly indicates), it would be serendipitous. My original, on-campus living plans fell apart when my would-be suitemate took a gap semester. As a result of the ensuing frenzy, I became the fifth resident of an old house just behind the church-like Payne Whitney Gym. I had never met, or even heard of, the other four girls living there. 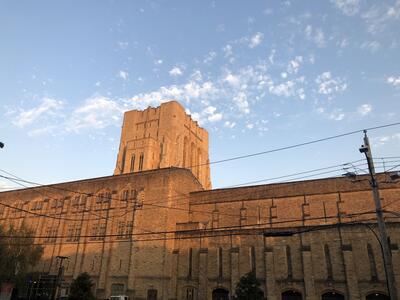 This is the view of Payne Whitney across the street from my house. Sunsets in New Haven hit the tops of Yale buildings so beautifully–PWG is no exception!

Living with completely new housemates has made me realize that, despite Yale’s small undergraduate population, there are still so many people I’ve never crossed paths with. We’re all just living these parallel, concurrent lives until suddenly, serendipitously, we’re not.

I love that people at Yale are so open to that potential. While I made some of my closest friends my first year, I also formed really close friendships as a sophomore through new activities, like producing the YSO Halloween Show (more on this in a future post!). In the best way possible, we Yalies aren’t married to the first friend group we find ourselves in. Having so many friends from different places around campus has made my social life indubitably richer.

Ok, so back to my house of new friends. In addition to Talia and Hannah, there’s Ava and Mila. Our majors range from Architecture to American Studies to Computer Science to Global Affairs. Before Yale, we were scattered from San Juan to Taiwan. As you might imagine, our dinner conversations are super interesting and mildly chaotic.

Speaking of dinner–Hannah is a really good cook, and the rest of us are like, really inspired by her to become better cooks. While we don’t have a set meal schedule, once or twice a week someone usually ends up making dinner for the house. It’s a godsend, especially when I’m too busy debugging code to figure out what to do for dinner. We certainly promote the spirit of spontaneity. 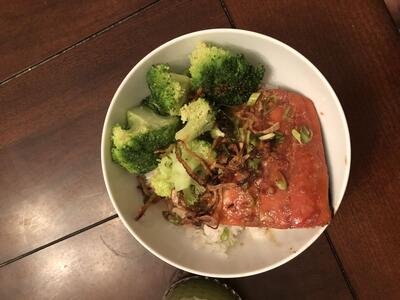 A shared meal of miso-glazed salmon (which is a popular dining hall dish too!) with rice, caramelized onions, and broccoli. Hannah did the salmon from scratch, while I turned the rice cooker on to cook the rice. 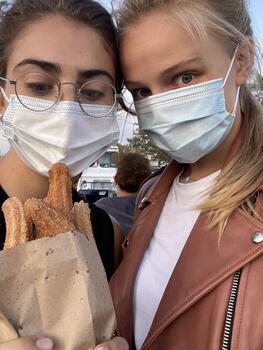 We may cook a lot, but it’s hard to resist all the other eating options around the city! Here’s Talia and Hannah with some delicious churros from one of the legendary food trucks in Long Wharf. 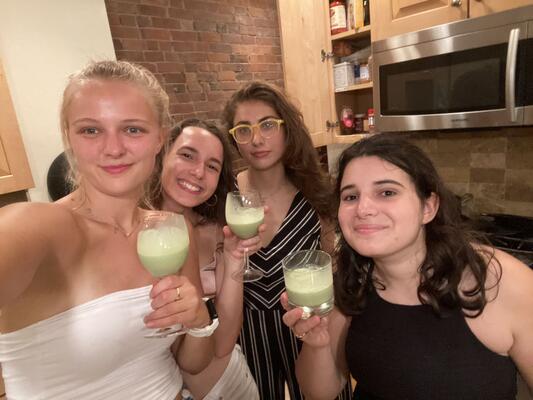 Since we are spending a lot more time in the house than we would in a typical school year, we wanted to curate a space in which we really enjoy living and working (not just crashing at night!). One of my favorite places in the house is our front parlor, which we turned into a communal study area that has major library reading room vibes. 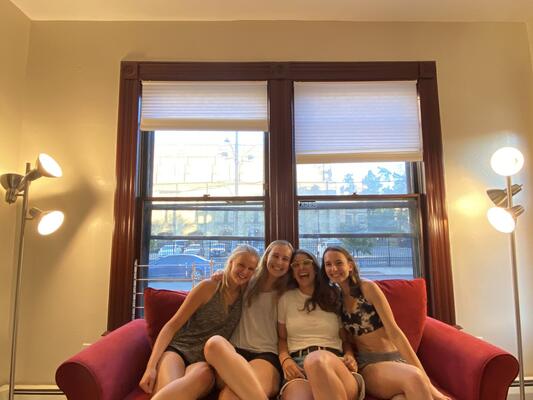 Hannah, Ava, Talia, and I after a long afternoon of cleaning and furniture arranging. We’re smiling because we reeeeally love the red couch in our front room.

When we aren’t doing work or making food (in addition to dinner, we do a mean weekend brunch), you can find us doing a host of other activities. Recent favorites include Thursday night clay face masks, Wednesday workouts, and Friday movie nights. 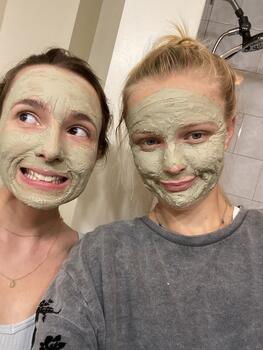 Clay facemasks with Hannah as a reward for finishing work early! Woo!

While I may not be living in my residential college this year, I will still make the argument that my house at the end of the street is a “microcosm of the Yale community as a whole.” We come from lots of different places and perspectives, but that’s exactly what makes our friendship so great. I’ve found that I learn just as much from my peers at Yale as I do from my classes, and my housemates are no exception. How serendipitous, indeed.