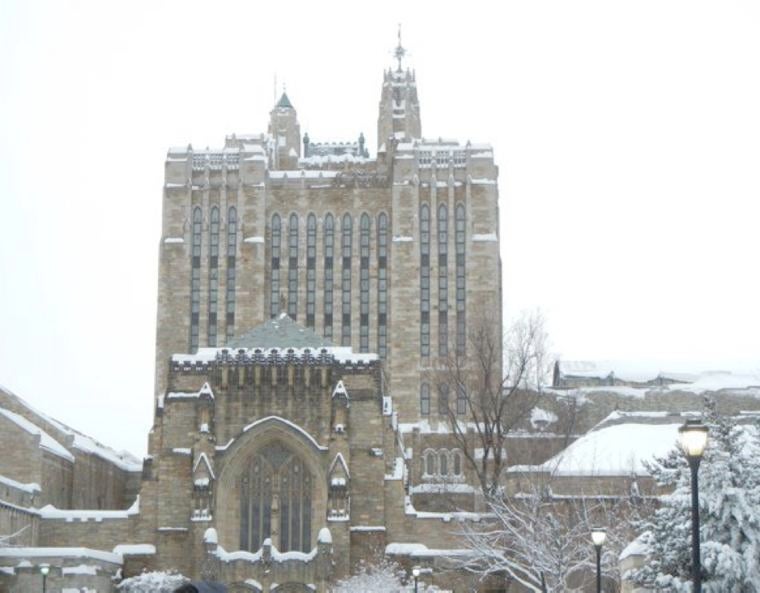 I know we’ve all been blogging about the snow of late, but it’s a pretty huge part of our lives this Spring Semester (which at the moment I feel should renamed the “Snow Semester”!). Bear with me for one more “Snow Story”, though:

There’s something about the cold that gets to me. Maybe it’s the way it makes me lose all sensation in my fingers if I forget to wear gloves, or the stinging pain that it elicits at the tips of my ears when a chilly wind suddenly sweeps through Yale, or the fact that I come from Uganda, where average temperatures are 80 degrees, or the way that it makes ice cream so much less pleasing… These have been my exact sentiments for these past few days since I returned from winter break. Never have I been exposed to cold so mean! It actually made me want to stay in my room, making even the journey to the Davenport dining hall from my comfortable room in Welch undesirable! And when I even consider not going for a meal, then you know there is a problem.

A week ago, though, I realized that the snow was going to be a part of my life for the next four years. So, I took hold of the situation. Instead of groaning about how miserable it was outside, I decided to engage in “snow-like” activities. Granted I had missed the first “trey sledding” event, (which I am told was actually a lot of fun!), but I would definitely not allow the snow to make me socially timid!

So, on Thursday evening, when one of close friends was throwing a birthday party, I walked all the way to Timothy Dwight (TD) in spite of the freezing cold. It had snowed a few days ago, but the plowing companies had managed to get rid of most of the ice that had stuck to the pavements. I threw on my earmuffs, wrapped my warmest scarf around my neck, and zipped myself into the puffy white coat I had just recently purchased. Now TD is a fifteen-minute walk from my room, so I am sure my friend appreciated the sacrifice I was making, especially through all the cold. It was great, as I got to meet people (something that still gets me excited) but funny enough, that was not the highlight of my night.

As I walked back to my room, a fresh bout of snow began to fall. My first reaction was anger, because I was thinking about how much more difficult the journey back to my room would be. However, something about its icy brightness enchanted me. There on the ground were twinkling sparkles, almost smiling at me. Granted they came with temperatures of at least 32 degrees, but they also brought peculiar warmth to my heart. The pureness of the snow charmed me, and as the icy crystals fell lightly from the sky, I realized that I wouldn’t rather be anywhere else in the world. I walked in the cold, shivering but content. The snow, and by extension, Yale had created yet another “moment” for me.