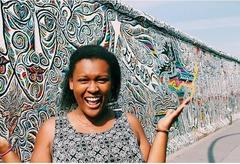 Hey, I’m Mikaela Rabb and I’m a sophomore in Pierson College from Nashville, TN (or at least a suburb of the great Music City). I am really interested in majoring in Global Affairs and always looking to learn a new language, such as starting Chinese here, or practicing my German. Besides my awesome role in the Admissions Office, I am a member of Yale International Relations Association, teach International Relations to New Haven high schoolers, and play Club Lacrosse. Otherwise, I can be found drinking tea at one of the many great coffee shops in New Haven or talking to friends on Old Campus.

Once on This Island 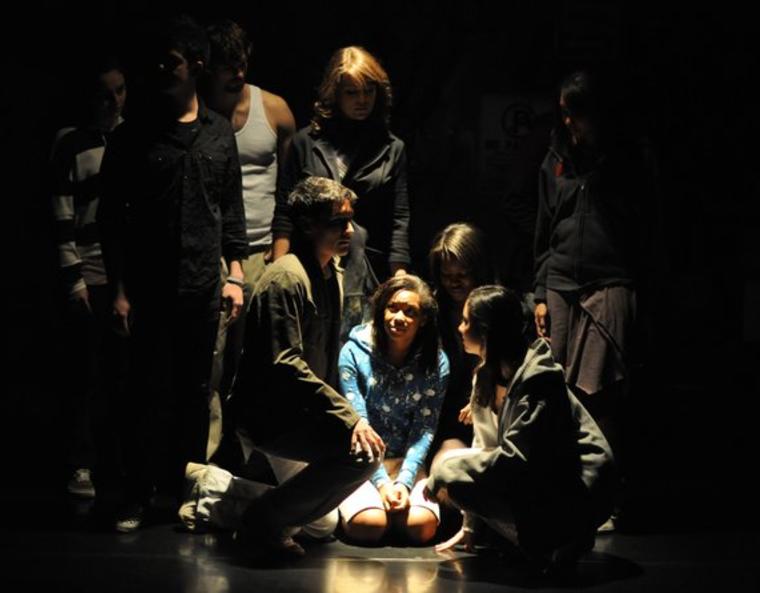 I waited for the audience to file in, nervously moving the sound mixer up and down to calm my jitters. I didn’t have my stage manager that night, so I was learning how to balance the sound that night.

“Josh, do you think all of the light cues are ok,” I asked, turning to my producer. He laughed again, because I had asked him that four times that night already.

Fifteen minutes later, the fire speech ended, the lights dimmed and the culmination of my semester’s work began.

Yale has afforded me the opportunity to student direct my own projects. Last year, I directed Chorus Line with an eighteen person cast and really enjoyed the independent process. I had choreographed several shows before this at Yale, including Gilbert and Sullivan productions, Taming of the Shrew and Godspell. However, Chorus Line was my first directing experience at Yale.

Yale has allotted Sudler funds to permit independent student productions and arts projects. The reason I am able to choose shows and direct them myself is that I am able to receive around $1400 each show from my residential college.

Once on This Island began in June and is playing this weekend in November. I cast fourteen actors, formed a production staff and have rehearsed since the end of September. Once on This Island by Lynn Ahrens and Stephen Flaherty has been a dream of mine to direct for a long time, and Yale has given me the resources for it.

I will direct four shows this year. In October, I presented a student production called “When It Rains It Pours.” Once on This Island is in November and the Fantasticks later in March. I want to take a poll on this blog about my spring musical. Edges? She Loves Me? Brooklyn? I may leave it up to you guys.

With 130 theater productions each year, there are so many opportunities at all times. If you are interested in theater, Yale is a wonderful jumping point.